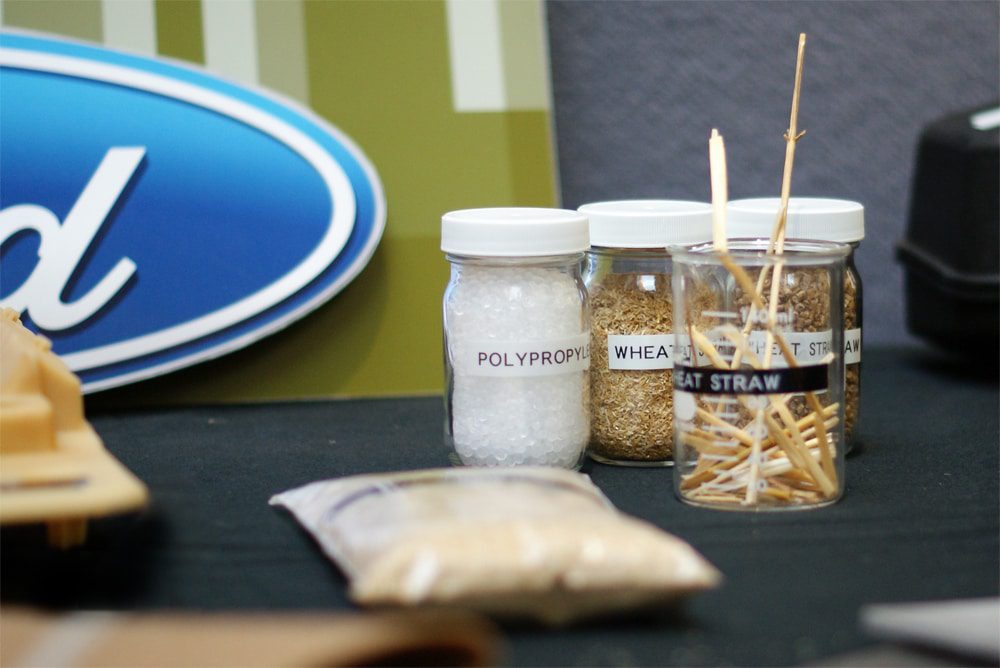 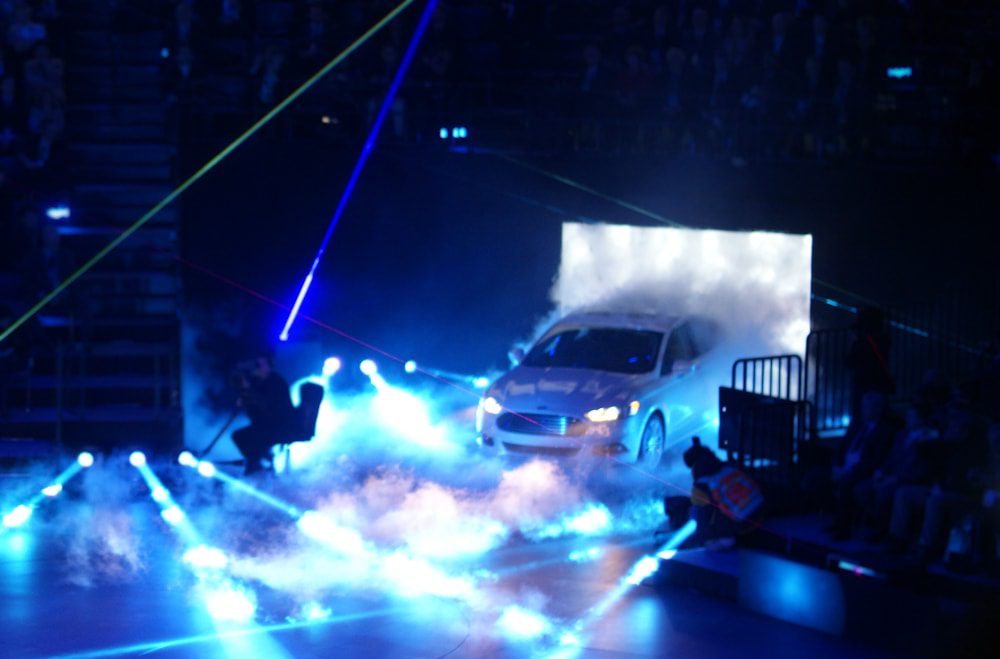 Last week, Sean and I traveled to Detroit, Michigan — courtesy of Ford — to attend the North American International Auto Show as well as Ford’s Design & Innovation Fantasy Camp. Throughout this week, I’ll be sharing some of the things I learned with you, not only about Ford as a company, but about the changing face of new media and innovation and creativity as well!

One of the highlights of our whirlwind trip was attending the official Ford press conference and seeing the reveal of the all-new 2013 Ford Fusion. In a small, stadium-like setting packed full of both traditional media and bloggers like myself, we heard about Ford’s vision for the future — including their advances in sustainability and their commitment to impacting the communities where they have a presence — as we waited with baited breath for the much-anticipated all new Ford Fusion!

After the speakers and video presentations were done, the mood changed quite suddenly. Amidst loud music, smoke and concert-style lighting, the brand new Ford Fusion was driven into the arena.

After all of the build-up, there was a chance we would have been disappointed, but the new model is sleek and stylish and boasts some pretty incredible green feats! 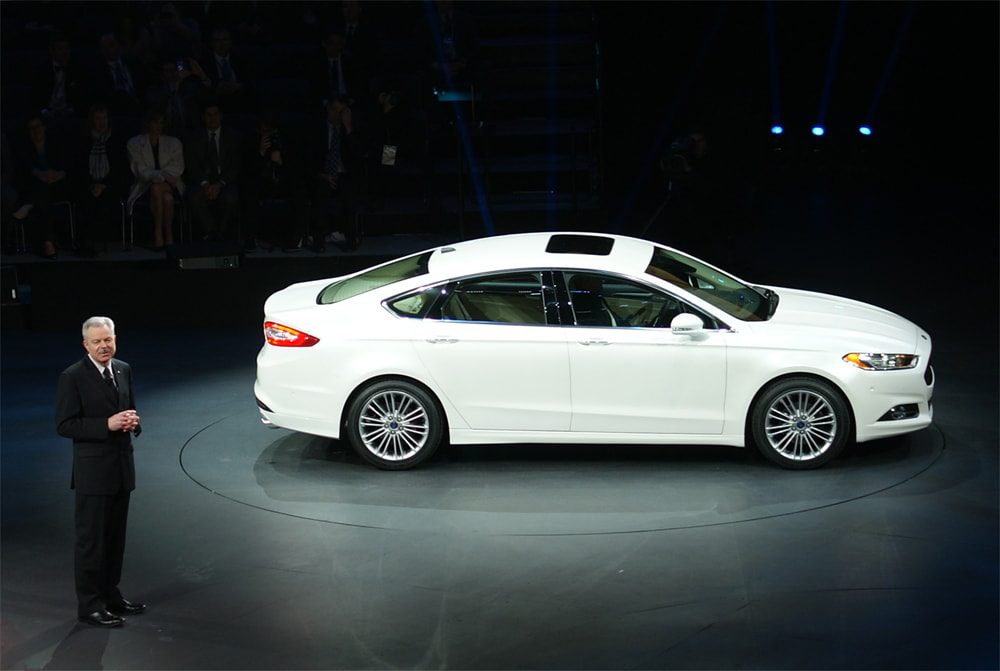 Not only is it a stylish car poised to compete with other sedans, but it will come with three energy-saving engine options to give consumers unprecedented choice according to their needs:

*If, like me, you’re wondering how you can calculate MPG on an electric vehicle that runs without gas, here’s the conversion method used!

In addition, the gasoline engines come with an optional auto start-stop system that turns the engine off during stops and restarts when you release the brake pedal, which is estimated to improve fuel efficiency and reduce emissions by 3.5%.

Ford is also making incredible strides in other areas of the company.

In the coming years, they expect to add five additional electric vehicles, and they’ve already rolled out the EcoSport in Asia Pacific and South America. But what’s really cool is to see how they’re researching and incorporating sustainable materials into the production of their cars:

Soy-based polyurethane foam — made from soybean oil — is being used in the seat cushions and seat backs of all 23 vehicles produced in North America as well as in 75% of the headrests and the Ford Escape headliners. It is also being tested for use in headrests, armrests, instrument panels and steering wheel cushioning as well.

This foam uses the renewable soybean to decrease the company’s dependency of foreign petroleum and has already had some pretty amazing footprint impacts:

Ford is also using a byproduct of wheat to make wheat straw reinforced plastic that is currently being used in the Ford Flex storage bins, the door of the Ford Escape and select third row seat backs, which has already resulted in: 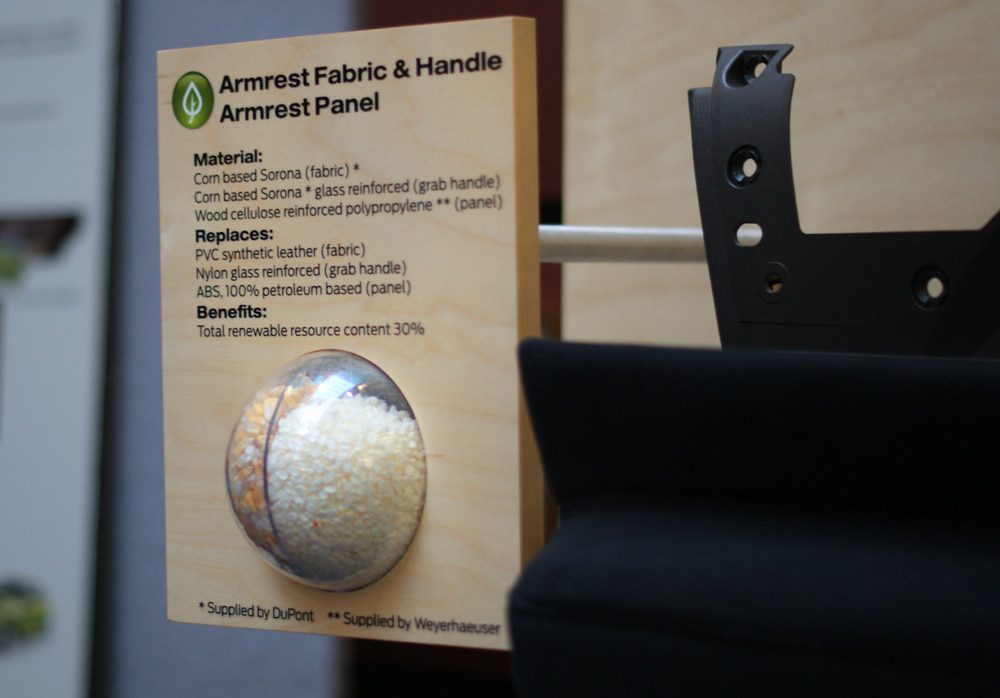 And they are testing and using a variety of other sustainable materials, including:

One of the things that most impressed me was a fellow blogger asked if they were using the same soy-based polyurethane worldwide. The Ford representative explained that they were not because they were committed to using locally grown resources to maximize the environmental benefit rather than shipping soy oil around the world — which represents not only a big financial cost but also a pretty hefty environmental cost. They are, however, testing various materials internationally in the hopes of discovering similar compounds from the crops that are grown regionally.

All in all, it was exciting to see how Ford is leading the charge in sustainability efforts in the industry!

What do you think of the 2013 Ford Fusion and Ford’s sustainability efforts?


Ford invited us to Detroit and provided travel and accommodations. In exchange, they asked us to cover the event on our blogs; however, I walked away with so much more to share with you than I expected. All opinions — and the decision to write an entire series about our experience — are 100% mine!

Recycle Bins You Don’t Have to Hide in the Garage

The Top Reasons You Should Install A Bidet in Your Bathroom