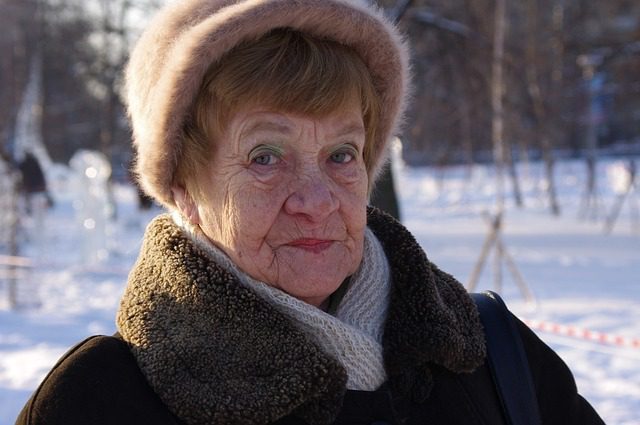 Image by ijm2000 on Pixabay

Think about it: when you envision barbarous dictators—Stalin, Hitler, or the Kims of North Korea—do you think “power”? Is “power” the same as “tyranny”? Or do you think “weak men compensating”? Now think about Golda Meir, prime minister of Israel from ‘69 to ‘74. The woman looks like your grandmother, not a leader of a historically relevant people group.

See, power isn’t power if it demands obeisance. True power is strong, it may be quiet, and those over whom it exerts influence may not even realize what’s going on—but the woman in control fully understands. That’s power. Here, we’ll explore five habits of powerful women to help you master this quality.

1. Women Who Are Powerful Don’t Cling To Reassurances

If you’re powerful, you don’t need anyone to pat you on the back and tell you you’re doing good. Don’t get the wrong idea—it’s not that reassurances are a bad thing. However, if you are unable to make a decision without the support network of “your girls” or “your man,” that’s not power.

It may not be unhealthy—symbiosis is perfectly natural as regards interpersonal relationships. However, a powerful woman can flourish even without codependency.

Keep in mind. The most powerful men generally have a powerful woman helping them withstand the blows of life. Some of history’s mightiest men would have been unable to make their mark on the world without the women who helped them know they were secure. Yet those men wouldn’t crumple should that support network dry up.

Likewise, powerful women handle what the day throws at them regardless of discomfort, inconvenience, or assurances. Powerful women see what needs to be done, and they do it, period.

2. Strong And Powerful Women Set Goals And Achieve Them

When what needs to be done can be seen, then accomplishing that deed represents fulfilling a goal. The “seeing” of a thing is the setting of a goal. Fulfilling the task is achieving said goal. Well, powerful women start their day with a few goals in mind pertaining to what needs to be done. Some projects will take a few days, weeks, months, or years. Others are finished quickly.

3. Making The Victories Of Others A Daily Inspiration

Another thing powerful women do is determine what others have done before them and use such information to inform their personal choices. Golda Meir was brought up as an example earlier and she’s far from the only one. She’s far from the only example. But don’t be deceived by false power. Many actresses who make “the big time” speak of empowerment and don’t understand the word.

A prominent actor or actress condemning a political ideology the bulk of their occupational peers also condemn is not an example of power. It’s an example of milquetoast self-glorification. Such people are saying: “Look at me! See how good I am?”. This action isn’t that of powerful people. True power is self-assured. Seek role models who are self-assured.

A great resource for information on truly powerful women might just be the actual Kara Goldin podcast; if you haven’t tuned in before, you might want to—you’ll definitely find inspiration one way or another. Often Goldin has powerful guests on her show who talk about real issues women in the modern world contend with on a daily basis.

Find something that inspires you every day. Subscribing to podcasts can be helpful. You might sign up for a daily newsletter and read it with your morning coffee or discipline yourself to have some sort of daily spiritual devotion. Find some little crumb of inspiration for your daily grind.

Powerful women—powerful people in general—are careful to nurture physical and mental health. That means eating the right food in the right quantities at the right intervals. It also means not polluting one’s mind with toxic ideas. So, the question becomes: what is toxic, and what isn’t?

Processed foods, including synthetic foodstuffs and hormones, are unhealthy. Likewise, synthetic ideas that encourage false empowerment along trendy segues aren’t mentally healthy. Find that which is actually empowering, not that which is popular.

5. Powerful Women Do The “Next Right Thing” Every Day

Another is helping others do the same. Every few minutes, you’ll have the opportunity to make a choice. Intuitively, you’ll know what the right choice is—even if you don’t like it. Ignore what you like. Do what you should. Make that a habit.

Coming Into Your True Power As A Woman

Do the next right thing, carefully manage physical and mental health, empower yourself vicariously through the victories of other powerful women, set goals and achieve them, and lastly, don’t let reassurances define you. You can be powerful regardless of anyone else’s opinion.

Featured Image by ijm2000 on Pixabay

6 Ways to Make Your Overnight Guests Feel At Home