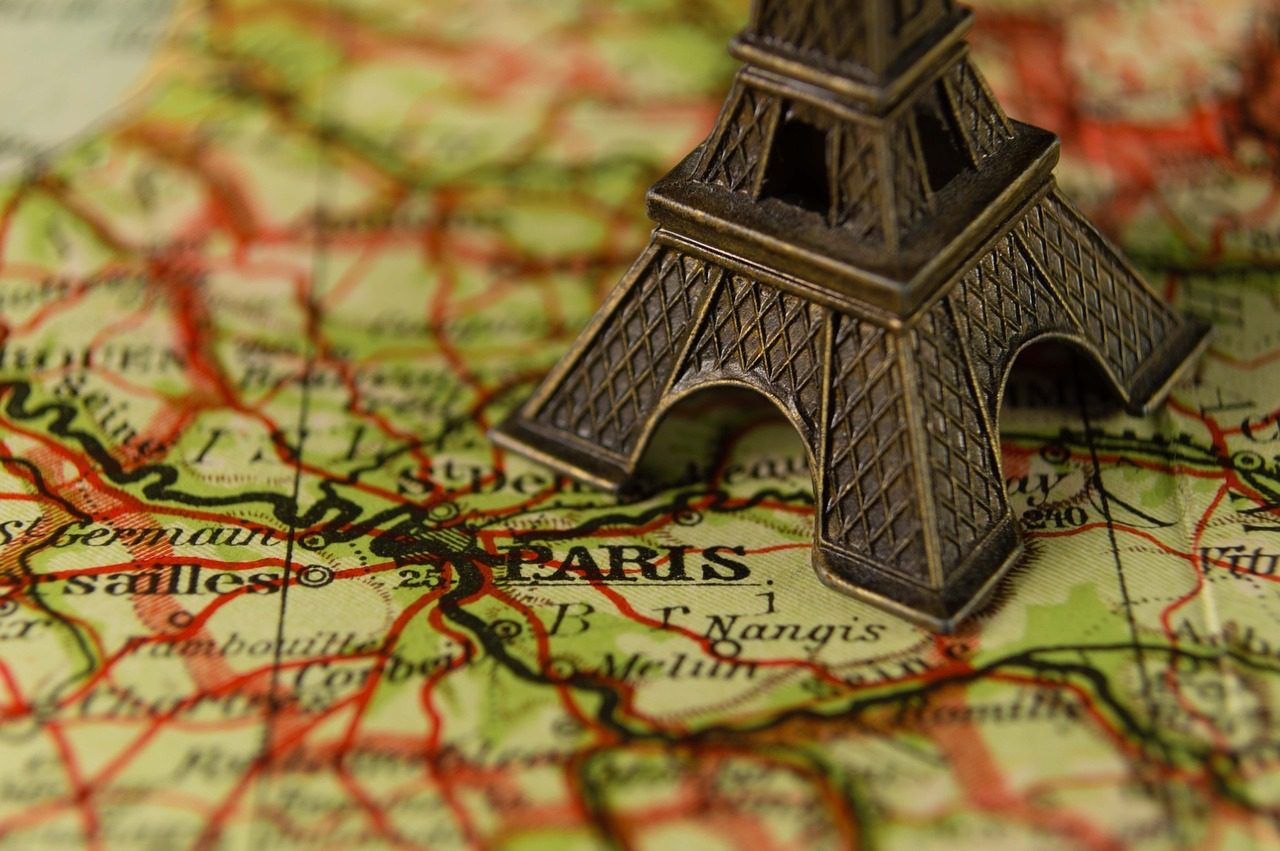 From the magnificent Eiffel Tower in Paris to the elegant beaches in Corsica, visiting France offers some of the world’s most elegant attractions.

It is little wonder that France is the most visited country today. Millions of people from around the globe throng here to experience the glorious cathedrals, fairy-tale castles, and picture-perfect romantic villages.

If this is your first time visiting France, you might be wondering what places to explore to achieve maximum satisfaction from your trip.

This article shares the top six attractions you can’t miss to explore when visiting France!

The Eiffel Tower is both a famous landmark and a feat of ingenuity. Located in Paris, the tower consists of 8,000 metallic parts and is 320 meters high.

The structure was designed in 1889 by Gustave Eiffel as a temporary World’s Fair exhibit. At the time, it faced a lot of opposition, with critics against the idea of erecting such a tall tower. Today, it’s considered by many to be the face of Paris and one of the most preferred destinations in the world.

The Eiffel Tower is also commonly referred to as the “Iron Lady” because of its gracefulness, the structure’s monumental size, and its delicate airiness.

Located about 20 km southwest of Paris, the Palace of Versailles was the royal family’s residence until the late 17th century. At the time, it was the home of King Louis XIV, who designed it to display the French monarchy’s glory.

King Louis XIV created an opulent palace from his father’s hunting lodge with an elegant Baroque interior. The castle set princely court standards in Europe and became a symbol of the king’s absolute power.

The Hall of Mirrors is the most symbolic space in the palace. It contains massive ornamental mirrors that reflect incoming sunlight to make the hall sparkle.

Another striking French landmark you need to explore is Saint Michael on the Island of Normandy. It is called the “Pyramid of the Seas” because it is surrounded by bastions and imposing defensive walls while being perched over 60 meters above the bay.

The religious site is located about one kilometer from the coast of Northwest France. The Abbaye de Saint-Michel is the main tourist attraction because of its soaring Gothic spires. You will also be amazed by the abbey church’s serene beauty.

Built in the 11th century, the church is a significant Christian pilgrimage destination and is one of today’s most popular UNESCO World Heritage sites.

Located about 16 kilometers from Arles in Provence, Parc Regional de Camargue is a place of relaxation. Here, you will enjoy the unspoiled natural scenery and take a breath of fresh air. The landscape is covered with meadows, pastures, salt flats, and marshlands.

The listed UNESCO Biosphere Reserve is where pink flamingos flourish, and white wild horses roam free. The pristine nature reserve is a bird-watching paradise and is home to an estimated 400 bird species. While visiting the Camargue, you will also learn about other unique fauna, such as native Camargue bulls raised purposely for bullfighting.

The Louvre is the largest museum in the world. The former royal residence ranks at the top in gallery art collections. Numerous famous works of art such as “Wedding Feast at Cana” by Veronese, “Mona Lisa” by DaVinci, and the “Venus de Milo” sculpture can be found here.

The museum’s wealth and vast collection can be attributed to the contributions of the different kings who initially lived at the Louvre. A few art pieces have also been added over the years from France’s treaties with the Republic of Venice and the Vatican.

The museum contains over 30,000 artworks and masterpieces. Indeed, you will need a couple of weeks to see and experience the entire Louvre Museum collection.

The island’s breathtaking natural sites with quiet bays, lively seaside cities, beautiful beaches, and fishing ports are just what you need for your vacation. There are also numerous ancient villages in the inland hillsides where time seems to remain constant.

If you enjoy outdoor sports, such as hard-core hiking and sun-worshipping, this is the place for you. In addition, the island is a paradise for scuba diving and snorkeling because of its crystal-clear shoreline.

Time to head to France?

Boasting these and thousands more attractions, it’s easy to see why France is such a popular destination among tourists and people moving there. Couple this with the fine accommodation facilities like a fully furnished flat in the capital of France, Paris, and you have every reason for visiting the country when the world finally reopens!