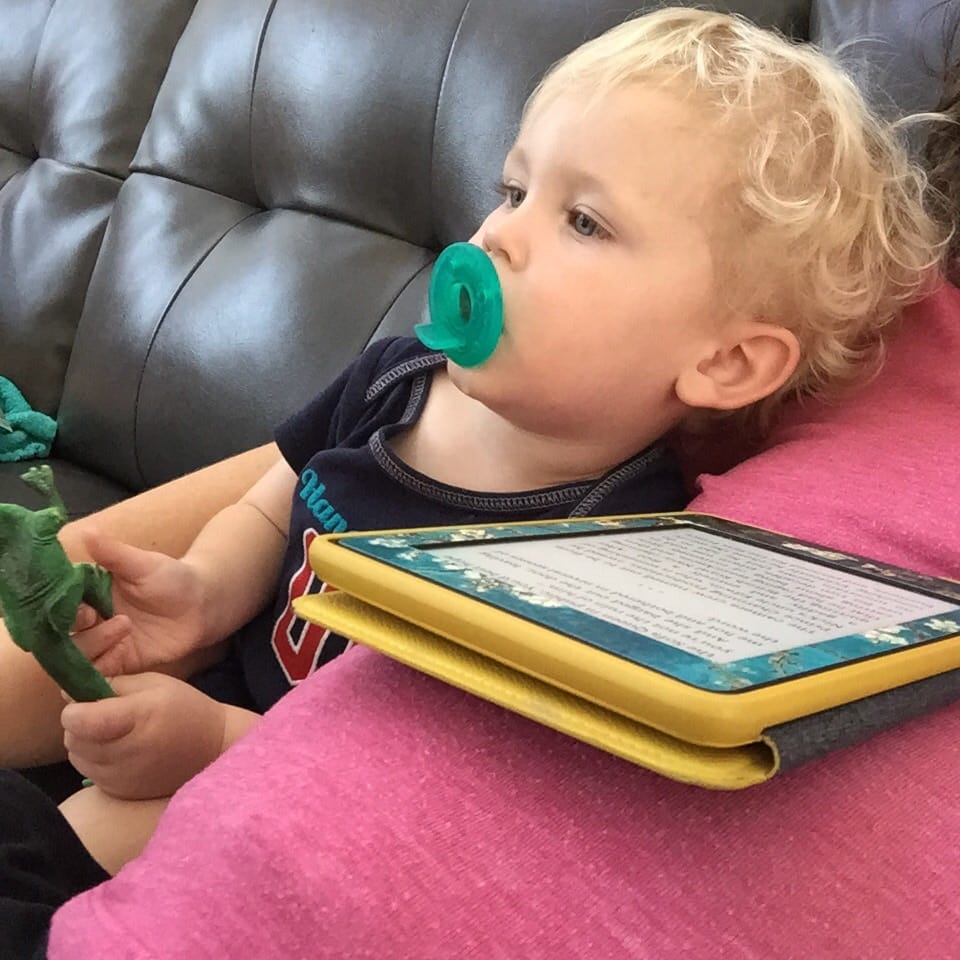 Since we were up late last night with our second trip to labor and delivery this month, I figured a pregnancy update was long overdue.

First, the important stuff: Lucas and I are both healthy.

But I gotta tell you, this pregnancy is nothing like my others, and I am not looking forward to discovering what surprises this little guy has for me in labor!

In the first trimester

In the second trimester

In the third trimester

Which brings me to yesterday! I was still feeling dizzy, so I was taking it easy, and in the afternoon I was sitting on the porch with Jackson while the girls played down at the “big circle” at the end of our (very long) driveway. They were climbing trees (but not high), reading, having a picnic etc.

Suddenly, Sidney started screaming, Parker took off running for the house, and Dylan yelled, “She fell!” So I grabbed my flip flops, told Jack to stay on the porch and took off running down the driveway. (In reality, it was some sort of fast walk/slow jog/attempted run. But either way, I made the 500-yard trip as quickly as I could, preparing for a broken bone, while Parker headed up to the house to be with Jackson.)

By the time I got there, she had stopped screaming and I could see that she was fine except for some pretty heavy scratches on her legs. We gathered up their stuff and headed back to the house, where I immediately sat down with my feet up.

I had the girls take over pretty much everything so I could stay sitting, but at dinner time I got up for just a few minutes. Within 12 minutes, I’d had 3 contractions (which is not all that unusual for me), so I decided to sit back down. But they kept coming, one after another. Although I normally would have relaxed and laid down for a bit, Sean and our oldest were actually out of town—5 hours away in NC—and I began to panic instead, trying to figure out if and when I needed to go to the hospital, how I was going to get there, what I was going to do with the kids.

Finally, I decided I just needed to go because I didn’t want to be at home still if they picked up in intensity or active labor actually began. As Sean and I were texting trying to figure out what to do with the kids, my sister called to see what she could do (she was about an hour-and-a-half away from the hospital), and I burst into tears…and continued to cry for the next hour. I was so stressed and overwhelmed! I finally just put a request in our local homeschool community’s Facebook group (which is very tight knit) to see if anyone could meet us at the hospital. Within minutes my friend Kate had called and said she was on her way, and I had texts and messages from other friends who were available too. Sean was also able to get ahold of his mom, and she started making her way to the hospital as well.

And Sean and Peyton began packing up in NC to make their way home right away rather than waiting until morning.

At the hospital, my contractions slowed for a bit before picking back up in regularity, but an internal exam showed that my cervix was still long and tightly closed, which was very reassuring. We stayed for another hour-and-a-half or so waiting for the results of the fetal fibronectin test. When that came back negative (indicating with 99% accuracy that I would not go into labor), they sent me on my way.

By this time it was after 9pm and I had a headache from the stress and emotion of the evening, but I was just so thankful that I was able to go home with a baby still in my belly!

My kids were such troopers, and I’m so thankful that they got in the car when I needed them to (and even got Jack buckled in his car seat) and were well behaved for Kate and “MooMoo” at the hospital.

Now, if we could just get through the next 5-7 weeks without any more drama, that would be amazing!