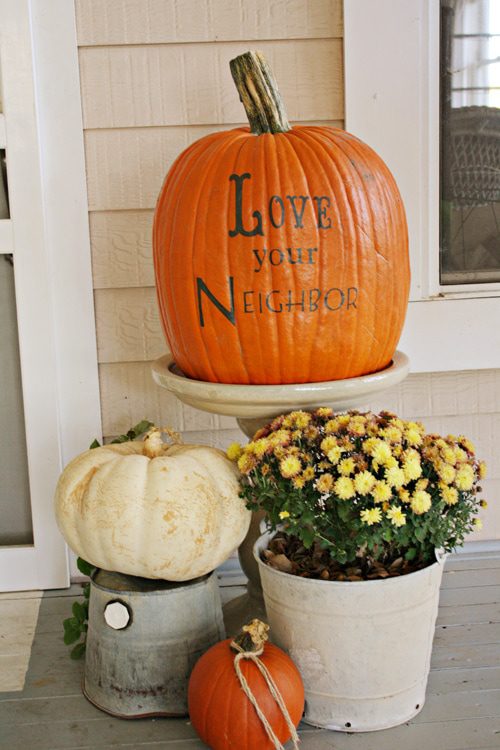 I’m joining the Day in a Life series from Simple Homeschool to give you a peek into our day!

Please note that this was a very productive day, both because of my early wakeup and because I was keeping track of what I was getting done (accountability is a great motivator!). There are plenty of days where I spend more time on Facebook than I should, fail to cross very much off my to-do list or spend the day on the go. For example, today I had one Skype meeting and two online webinars. I was feeling pretty unmotivated in general and didn’t get nearly as much done as I should have in between those!

I also don’t always get as much time with the littles as I would like, but I really only work four full days (Fridays we have our homeschool group, and weekends may include some work, but not for the bulk of the day), so we count the blessing of being able to be home all together and make the best of it!

4:22am: I get up for the day. Well, at least to start my day. The baby woke up looking for her special blankie, and even though Sean got up with her, I’m having trouble falling back asleep (probably thanks to the latte I had with dinner), so I decide to get up and get started. There’s nothing I hate more than lying in bed frustrated because I can’t fall asleep, and I figure I can lay back down for a “nap” in an hour or two if I get to work now.

There’s an email from TOMS that the new ballet flats are available (which I’ve been waiting for for months since I saw a sneak peek on Pinterest), so I decide to start there!

4:33am: I spend some time cleaning up my inbox before I tackle my to-do list. I know popular advice is to wait until later to even open email, but getting an idea of what needs my attention first thing has always worked better for me. I delete liberally, reply to as many as I can quickly and save the rest for later, keeping time-sensitive emails that need my attention in my inbox (another no-no according to the “experts”) and things I want to refer back to later in a folder.

4:54am: My inbox is down to 1 email that needs more attention than I’m willing to give right now, so I move on to my to-do list. First up, “first of the month” tasks like paying affiliates, sending out the upcoming editorial calendar to contributors, etc.

5:23am: For the third morning in a row, my laptop has suddenly started freaking out. I really don’t want to have to move up to my office just yet (it’s cold up there and that will mean no morning nap!) so I decide to run a system restore and read some while it runs.

5:51am: It seems like everything is running normal again, except I lost all of my open tabs, so I work on getting those back and then focus on the next part of my to-do list, which includes:

(Side note: I’m already hungry with quite a while to go until breakfast; one of the hazards of getting up early!)

During this time, I also answer a couple questions on Skype, get the baby her morning milk, fight with very slow internet, give good morning kisses to the girls and wear a funny hat that the four year old brings me.

Sean’s making oatmeal, and the girls have headed down to the (unfinished) basement to rollerblade.

7:41am: The stupid laptop is freaking out again. I decide to hop in the shower before heading upstairs to the desktop.

8:20am: Okay, not quite a quick shower. Decided to pluck my eyebrows while I was in there, and truthfully, there’s nothing I love more than a hot shower for thinking and clearing my head. Since I didn’t get my nap, I figure a long shower was only fair! 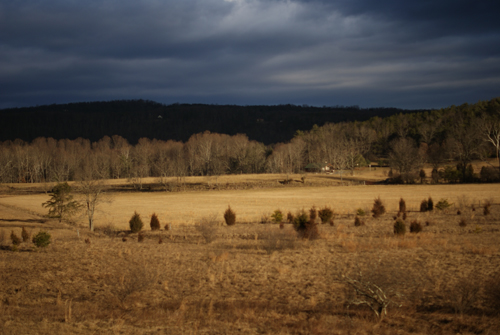 8:33am: I’m finally at my desk. Stopped to grab my oatmeal in the kitchen, and I noticed the fields outside were glowing as a storm cloud rolls in, so I grabbed my camera and headed outside to take a few pictures. Sean and the girls are downstairs having a sword fight with old wrapping paper tubes, so I stop to take a picture of that too.

One of Sean’s first stops in the morning is to turn on Pandora. Because of the layout of our house, we can all pretty much hear it wherever we are. I listen to music and browse Pinterest while I eat my breakfast. 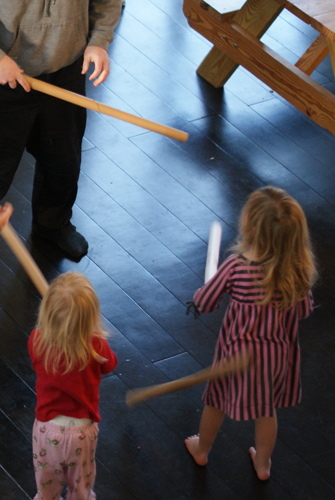 8:44am: The baby’s not enjoying the sword fight anymore, so she’s on my lap now. Gonna spend a few minutes scanning Google Reader to add posts to my Tumblr/Twitter feeds.

9:08am: Pinterest and Google Reader have been crossed off my list. The girls are back down in the basement playing, but I got an email from Peyton’s Sunday school teacher with this week’s memory verse, so I’m helping her write that out before I get back to work.

9:11am: We’ve been trying school in the afternoon this week, so while I would normally wind down now to get started for school, I tackle my to-do list instead. I’m definitely dragging from my 4am start, but I took my vitamin D and B12 and finished my first 20-ounce bottle of water. My goal is to drink at least 3 of these during the day, but hopefully closer to 4, just because I feel best when I drink lots of water.

10:55am: As I’m finishing my morning to-do list, the baby comes upstairs again and actually burns her knee on my “cool touch” space heater (so much for that feature). Much cuddling ensues.

11:15am: After cuddling the baby, I decide to go ahead and ride the bike while I read for 30 minutes.

11:55am: After my ride, I warm up some leftover pizza, make a pumpkin spice latte and head back upstairs to work for an hour before school, which consists of various little tasks since I don’t have time to work on a big project at this point.

1pm: I’m heading downstairs to homeschool. We do school in the master bedroom (I can’t exactly say why, but it’s my favorite place to do it), but the downside of doing school after lunch is we have to be quiet because the baby is asleep. That makes it a little stressful, although I liked getting so much done in the morning.

We don’t have a set order for our school time, but today it looks like this:

While we’re doing school, Sean comes in to tell us that his mom just called and his grandfather has had a heart attack and been taken to the ER. He’s being prepped for surgery to get an external pacemaker. We stop to pray as a family and then the girls and I get back to work, not really knowing what else to do since we’re a few hours away and likely won’t be able to get in to see him anyway.

All in all, we spend three hours doing school, but I’m not entirely sure why it takes three hours; it seems like we should be able to get done faster or add more in, but it pretty consistently takes us that long just to get through the basics!

4pm: The girls head outside to play, while I work on stuff for our Classical Conversations class on Friday, where I tutor the 4-5 year olds. I print pages for our art project, go over the memory work we’ll be learning and make sure I have everything I need. Parker comes in because she thinks there’s a tick in her ear (there’s not!), and she asks me to print some coloring pages for her.

5pm: Parker and I head to the kitchen, where she colors and keeps me company while I start dinner (Chicken Pesto Pasta), work on the laundry and try to clean up the mess on the counters. I end up decluttering the cabinet above the refrigerator and unpacking my new Cuisinart food processor as well.

Eventually the rest of the girls come in and Sean sends Dylan and Sidney to the shower. Having older kids who can shower themselves and their baby sister is so fun!

6:15pm: Because I can’t seem to stay focused on cooking, we don’t end up eating until almost 6:15pm (despite it being a super easy meal!). We all sit down together to eat and then Sean and Peyton work on the dishes while I do more laundry and give the girls other tasks to help clean up.

6:45pm: The girls are done cleaning  and settle in to watch a show on TV while Sean and I finish up.

7:15pm: We usually send the big girls up between 7:15 and 8pm, but tonight is definitely an early night thanks to my early wake up time. I also do bedtime almost 100% of the time, but tonight they kiss me downstairs and Sean does the tucking. I sing and play with the baby for a few more minutes before getting her settled in bed.

7:30pm: I’m working on finding Amazon deals for Jungle Deals & Steals (my last “have to” of the day) while Sean is designing graphics for one of his RC planes on the desktop upstairs. He saves them just as I finish with the deals, so I show him how to print them with the Silhouette.

8:15pm: We watch TV together for an hour and then I curl up to finish the book I’m reading (Yellow Crocus by Laila Ibrahim, a beautiful, poignant story told from the perspective of a slave; I highly recommend it!).

10:15pm: Although I had fully intended to go to bed early, I don’t finish my book until after 10, when Sean and I head to bed. We lay in bed for a long time talking about his grandfather, who has always been one of his very favorite people. I decide not to set my alarm for the morning because while I have plenty to do, I won’t be much good to anyone if I don’t get some sleep!

Earlier this week, Tsh invited me to join her on The Simple Mom Podcast to talk about how we both balance blogging, homeschooling and managing our homes (hint: neither of us “does it all”, as you can see!). I also shared my favorite store and which actress should play me in the movie about my life (ha!). Listen to or download the podcast here.

The Benefits of Homeschooling Your Child with Autism