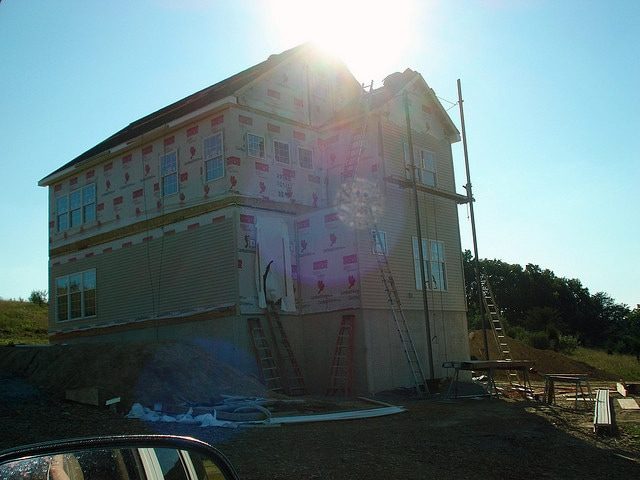 This month marks seven years since we moved into our home, and as we prepare to list it for sale, I’m feeling a bit nostalgic. Although I’ve done a home tour before (and will do an updated one sometime this month), I’ve never really talked about the building process, which was quite the experience itself! 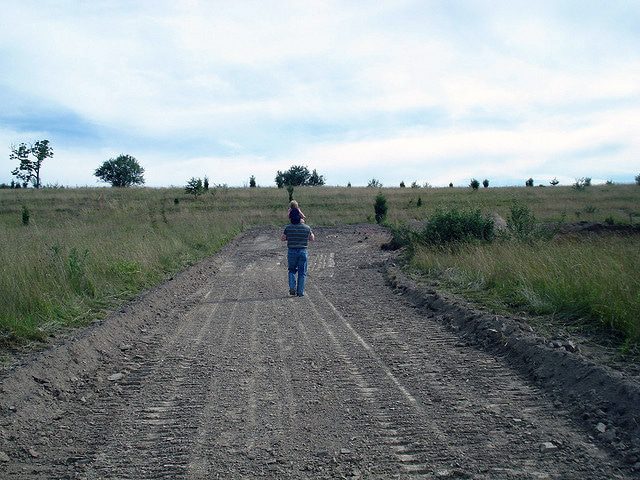 In 2007, we broke ground the last week of June and officially moved in on September 4th. Crazy, right? Our home is a modular, and it was built in a factory in just a couple of weeks and then assembled after it was delivered to our property. 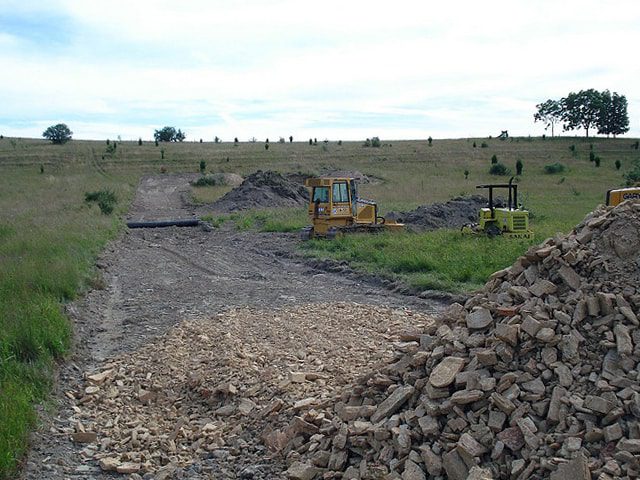 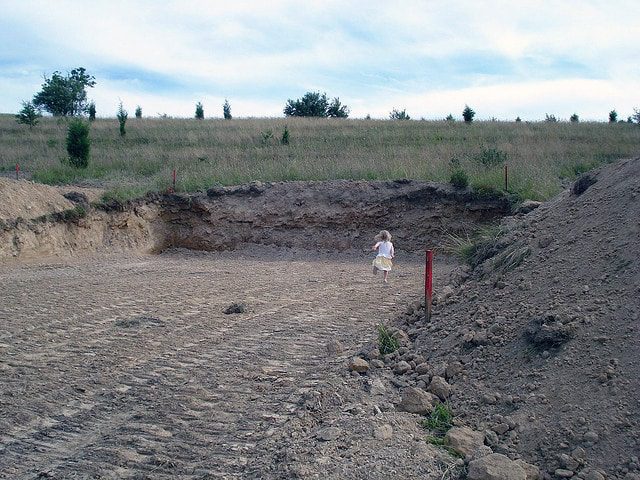 During the building process, we made regular visits to our land to explore and watch their progress, and I can’t believe how tiny our big girls were in these pictures. 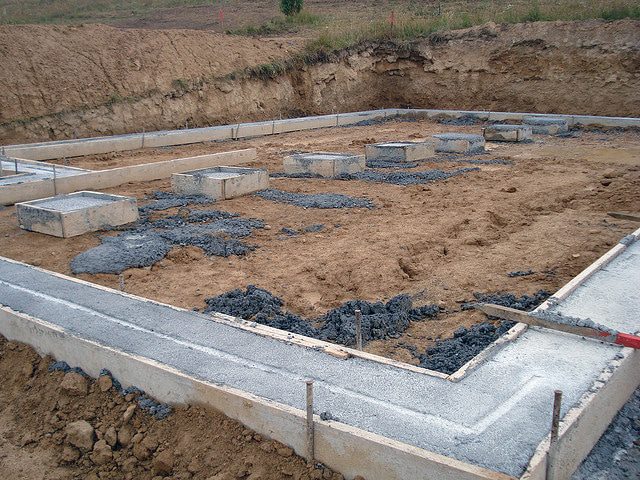 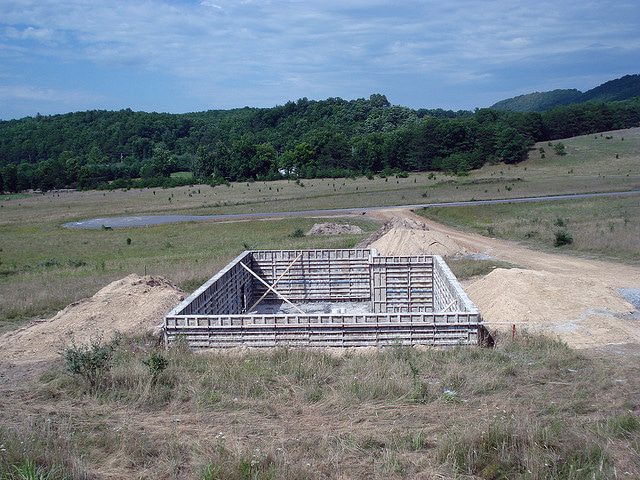 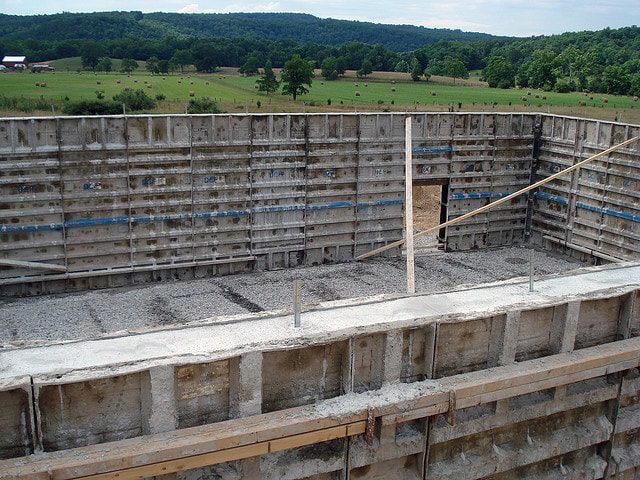 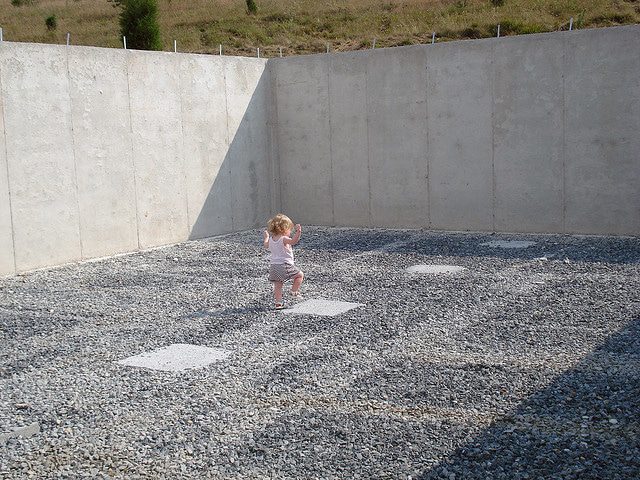 Once the well, septic, basement and driveway were ready, the house was delivered: 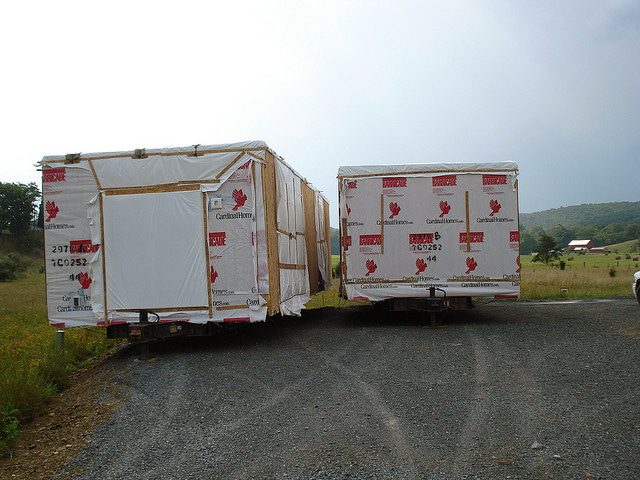 One day they delivered the downstairs (the white film on the left is the patio door). 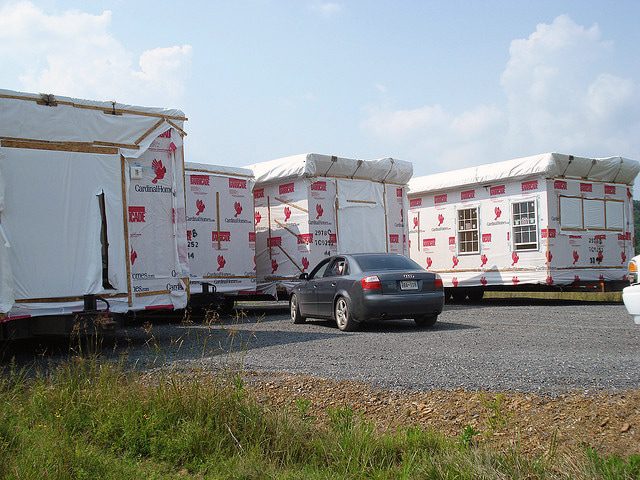 And the next they delivered the upstairs, setting all four boxes side by side in the cul-de-sac (which we affectionately refer to as “the big circle”). 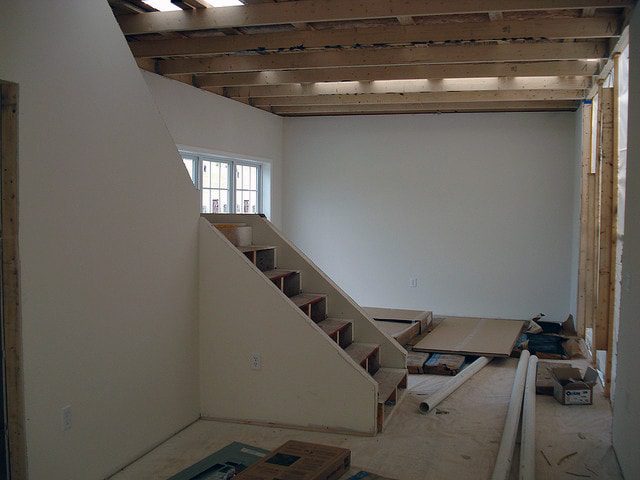 It was so weird to walk through the house while it was unassembled, and the extra wooden beams in between the sections made it hard to picture what the final house would look like. 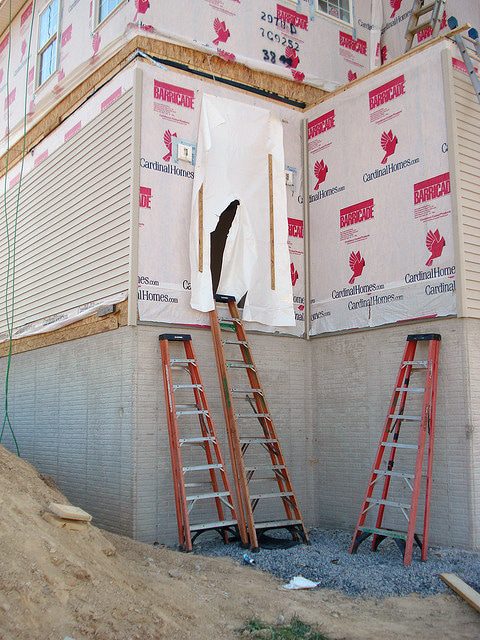 A few days later we drove back out to watch the crew assemble the boxes. Much to the horror of our parents and the crew, I climbed this ladder at 7 months pregnant because I couldn’t bear to wait outside while my family went inside to explore! I promise I was careful. 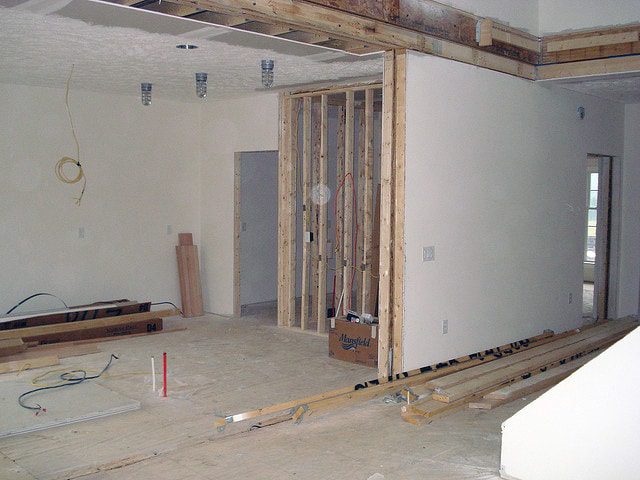 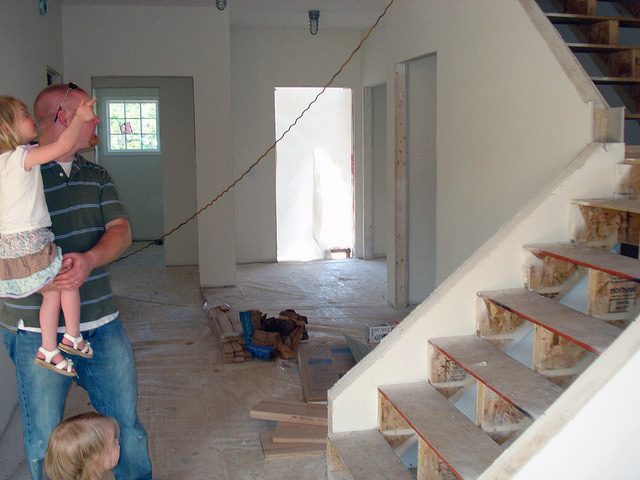 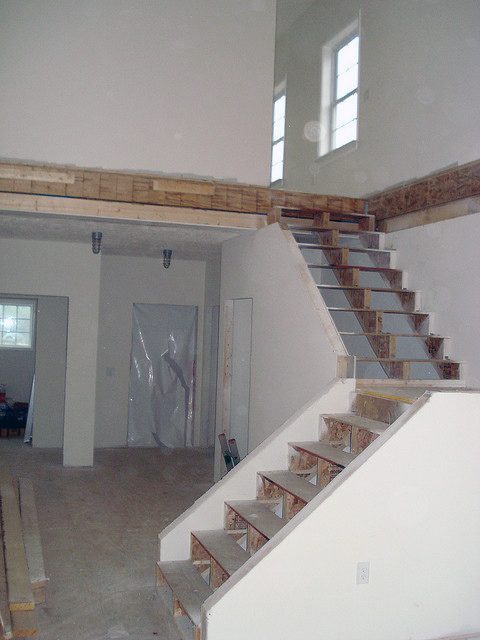 Modular homes are usually finished when they’re delivered — with flooring and doors and stair railings — but since we wanted to do a lot of custom work, we did the finish work ourselves. (I say “we”, but I didn’t do anything.) 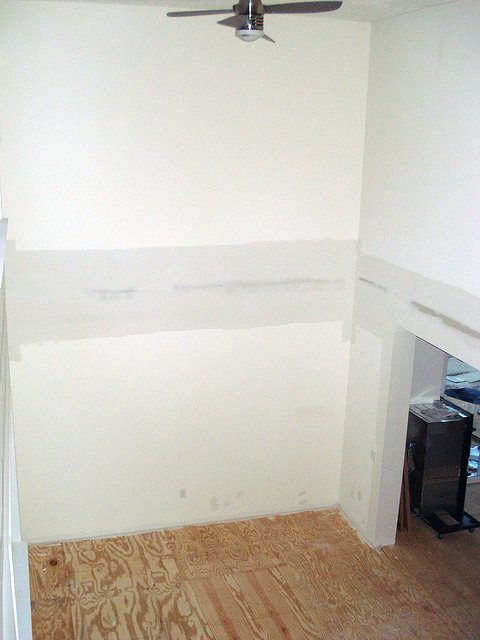 The crew — which travels around assembling modulars — attached and drywalled the seams between the four pieces and finished the painting. 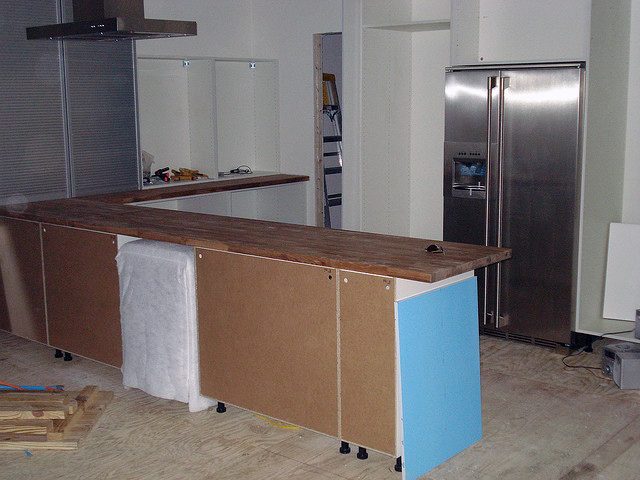 Once that was done, Sean dedicated every spare moment outside of work to finishing the rest. He installed the kitchen and bathrooms while our local crew worked on the porch. 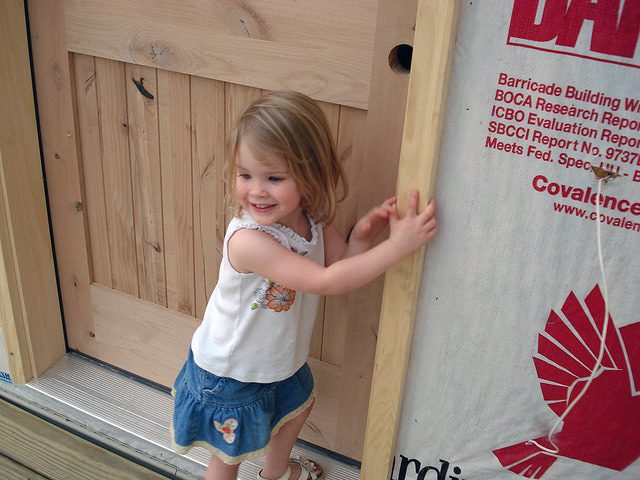 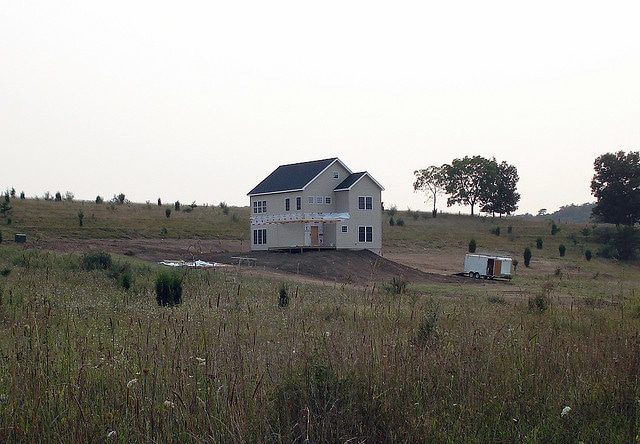 Finally, after a month of weekly visits, we were ready to move in. 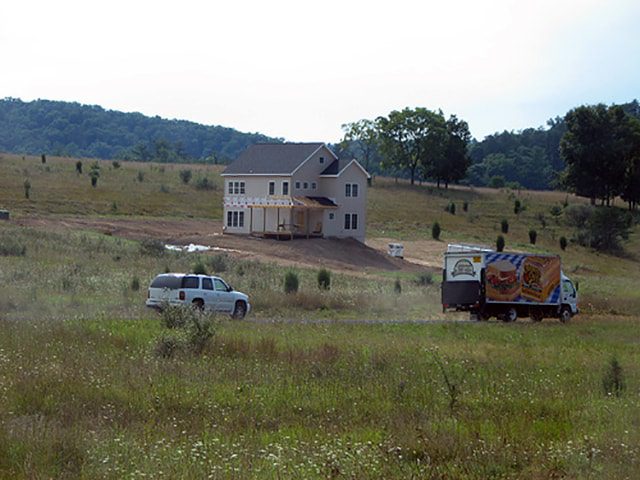 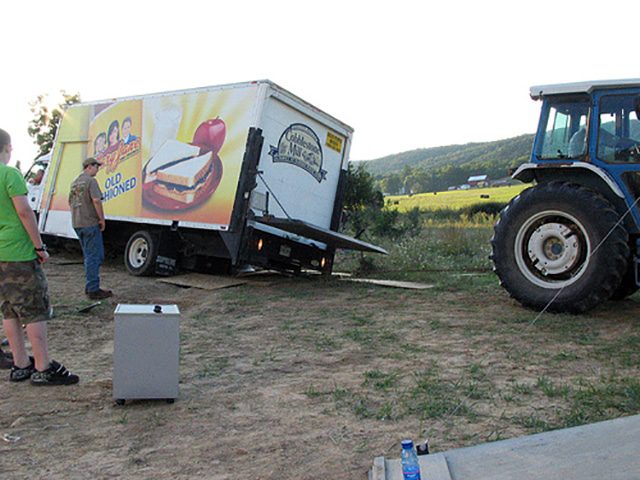 And then this happened. Fortunately, the farmers next door saw the truck get stuck and brought over a tractor to help pull us out.

Because there was no permitting required in our county at the time, we actually moved in before the house was ready. We didn’t have power (until my dad was finally able to get someone to pull some strings on our behalf and get the power crew out to hook up the lines ten days earlier than they anticipated!), so we used a generator for the basics.

The floor, stair rails, porch and landscaping also hadn’t been finished. Oh, yeah, and I was two weeks away from delivering our third daughter at this point! 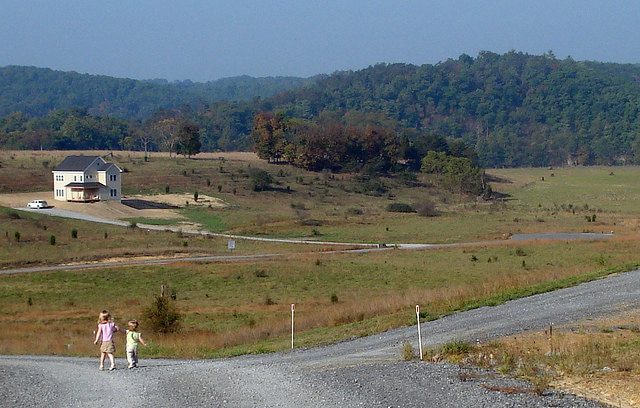 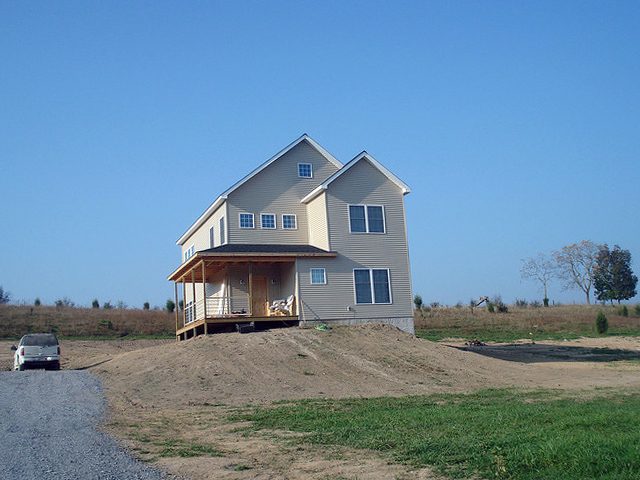 Despite the craziness of moving into an unfinished home with two toddlers at 8.5 months pregnant, I look back at this time with so much fondness. We were so excited to be in the house, and we had so much fun exploring our neighborhood. And Sean continued to work his tale off finishing the house, so every day brought progress! 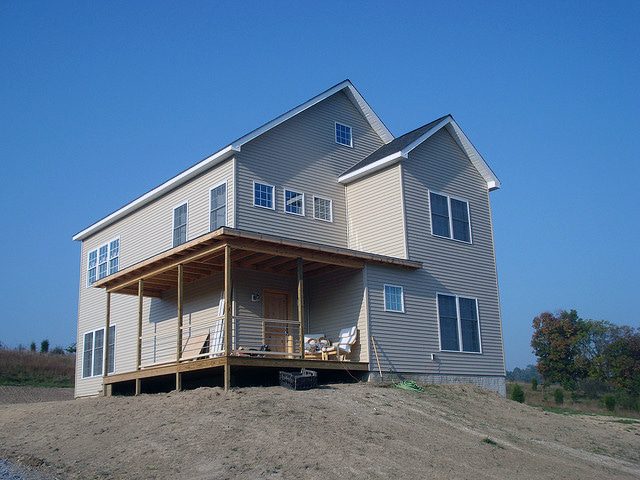 After seven years, our house has changed a lot as we’ve figured out what does and doesn’t work, so watch for the updated tour soon!

5 Tips To Decorate With Fresh Flowers