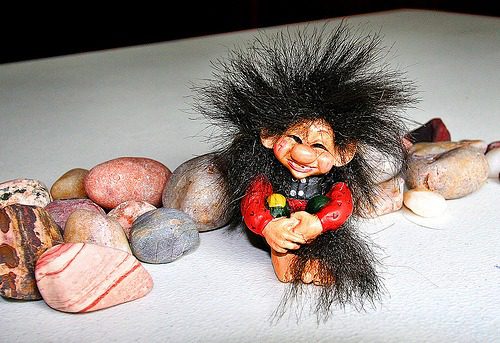 The things that people are willing to say on the internet never ceases to amaze me.

I don’t know if these same people treat people in real life the same way that they treat other internet users, but if they do, I’ve never encountered the same level of hate and nastiness in person.

Some of the time, these commenters are trolls who pop in, leave a nasty comment and never return. Othertimes, they’re regular users who get pleasure from tearing down other people.

Google any of the top “mommy bloggers,” and you’ll find sites dedicated to slamming them.

Read through the comments at any news site, and you’ll see that even the most innocuous article can turn into a hate-fest.

I’ll never understand what motivates these people to waste their time on treating other people like this rather than doing something useful and fulfilling, but I think we all need to have a plan for dealing with them when they show up.

To start, you have to work really hard at not taking the things they say personally. It’s one thing to have a thoughtful reader disagree with you or point out something you said that might be hurtful or misconstrued; it’s another entirely to have someone slam you just for the sake of slamming you. Learn to delete and move on, as hard as that is for most of us to do.

I’m still on the fence about having one, but John from Tentblogger presents some pretty compelling arguments (as well as examples and how-tos) on why you should have a written comment policy. A written policy allows you to delete offensive comments without having to explain yourself, and it lets readers know upfront what you will and won’t allow.

Although I wish this didn’t even need to be said, it does. We can all influence the tone of the blogosphere by treating others with respect, even when we disagree with them, and not stopping to that level.

Brene Bruno (who gave the opening keynote at Blissdom) shared her Free Range Social Media pledge, which includes a commitment to “No Cruelty”. Be sure to click through and read the whole thing!

Have you ever received a nasty comment? How do you deal with them?

How To Use Twitter Lists To Dominate Your Niche