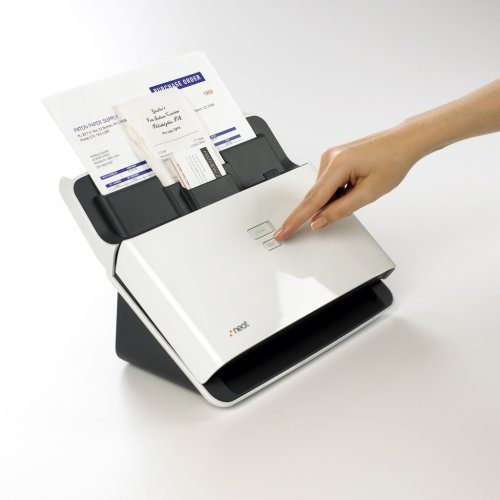 To be honest, I fell in love with the NeatDesk before I even tried it, and I was a little afraid that the real thing wouldn’t live up to my expectations.

But it did. It really did!

First, let’s just address the elephant in the room. Yes, the NeatDesk is expensive. There are plenty of cheaper scanners on the market — and I’ve tried many of them — and you’ll have to make an upfront investment if you go with this one.

The cost may not be for everyone, but if you have a lot of paper and your desire is to digitize it and get rid of it once for all, I strongly believe this is the best system available.

So who is the NeatDesk for?

For small business owners who don’t have an administrative team to handle pesky details like bookkeeping, records and more, the NeatDesk takes the stress out of managing your files by allowing you to quickly scan and organize all of your documents so that they’re available to you and your accountant as needed.

As homeschoolers, ee generate a lot of paper, and keeping good records is important to us so that we’ll be able to provide documentation of the things we’re doing if circumstances change. But filling up a binder a year for each of the girls doesn’t sound very realistic either. With the NeatDesk, I can scan things to have a permanent record of them long after the original is thrown away.

Even if you’re not a small business owner or a homeschooler, if you’re determined to go paper-free, the NeatDesk may be for you. I’ve scanned insurance documents, medical records and receipts, projects and recipes that I’ve pulled out of magazines and more.

What do you think? Do the features justify the price? How would having a scanner with a built-in file system help you organize your files?

The Neat Company sent me a NeatDesk to review. All opinions are 100% mine!

The Necessary Gardening Tools to Perfectly Maintain Your Garden