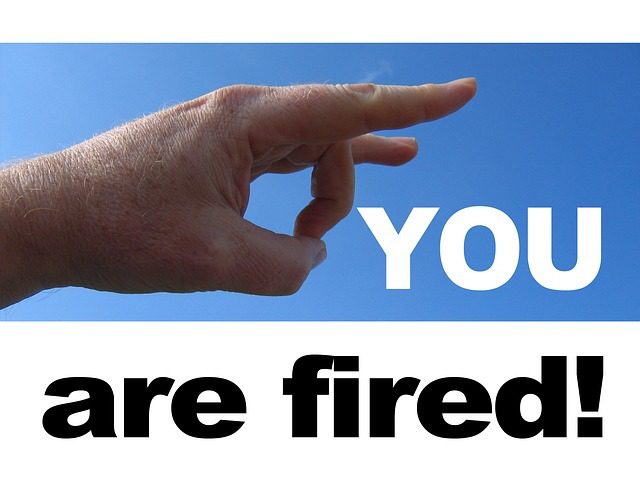 Image by Gerd Altmann from Pixabay

Many people rely on their jobs to make ends meet. The unfortunate reality across the world, particularly in the aftermath of the huge pandemic, is that most families barely get by. They live from one paycheck to another, hoping that the work they do will be enough to support their families. This is one of the reasons wrongful termination has become more serious than ever. When someone is fired from their job without justification, it is referred to as wrongful termination. This could be due to discrimination or other negative factors.

Why do you need a wrongful termination lawyer?

If you believe you were fired without a justified cause, you must immediately contact a wrongful termination lawyer. How can you tell if you have a case?

Were you fired illegally? There are ways to determine whether or not your firing was legal. Here are a few questions you should ask if you believe your termination was unjustified. An experienced wrongful termination lawyer will be able to answer these questions and assist you in determining whether you have a case.

You have a strong argument that you are not subject to wrongful termination if you and your employer had a written contract or some other statement that promised you job security. A written promise can take several forms. You may, for example, have an offer letter or another written document that details the terms of your employment, including promises about your continued employment. Alternatively, you may have an employment contract that expressly states that you can only be fired for the reasons specified in the contract.

Some promises are made in writing, while others are implied. While it may be difficult to establish what your employer implied, contesting a job termination based on verbal agreements is still possible. Courts will consider various factors in such cases, including your employment tenure, whether you were consistently promoted, if you have a history of favorable performance reviews, and whether you were guaranteed long-term employment when you were hired.

Retaliation is one of the most common reasons for wrongful termination. This frequently occurs when an employee or a subordinate blows the whistle on a coworker or a superior for unethical behavior.

This could include reporting a coworker who is breaking the law, sexually harassing you or another colleague, or any other morally or legally inappropriate action. The law protects whistleblowers from retaliation for speaking up in this manner. It would be considered retaliation if a person was fired as a result of reporting unethical workplace behavior. A person fired in retaliation will have a strong case for wrongful termination.

3. Defamation of a Coworker

Many employees in a business are hired on an as-needed basis. That means an employer has the legal right to fire an employee whenever they see fit. They must, however, provide a reason for the termination. This is a fundamental tenet of employment legislation.

Sometimes an employer will spread rumors about an employee to find a reason to fire them. They may assert that an employee did or said things that did not occur. These improper stories not only give an employer a false reason to fire an employee, but they also create difficulties for the person to find new work. A wrongful termination lawyer will come in very handy in such a case. Defamation is illegal under the law. If these allegations are proven to be false, they can be used as key evidence in a wrongful termination case.

A person’s employment cannot be terminated because of their race, sexual orientation, or gender. However, proving that a person was fired due to discrimination can be difficult. Most employers are wise enough not to admit that a person’s identity was a factor in their termination from their position. However, this, unfortunately, does not stop it from happening regularly. If you suspect that your termination resulted from discrimination, you should contact a wrongful termination attorney as soon as possible. Finding the proper evidence for such a case can be a difficult task. However, if you are successful, you will be able to prove the hidden agendas behind your firing and find justice.

Contact a wrongful termination lawyer if you feel you have gone through either of the aforementioned cases. A strong legal standing might help you get your career back on track.

Why Should Law Students Study Perfectly

Love Sales? Here’s Why a Job in Sales Might Be Perfect for You

How Modern Students Deal with Unemployment