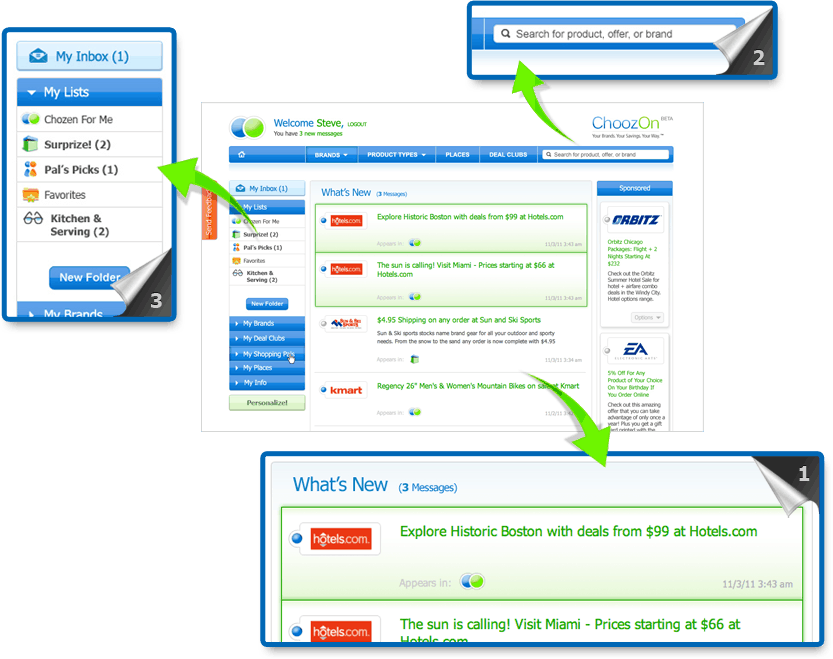 Have you heard of ChoozOn?

So how does it work? I’m glad you asked!

ChoozOn a personal deal-hunting concierge that filter through the deals on the internet to bring you the deals you want.

You can choose to have emails delivered by email, on the ChoozOn site or through your mobile phone.

So an email nazi like me — who unsubscribes from emails compulsively — there’s still plenty of ways to take advantage of this great service.

Basically, you tell ChoozOn the things you’re interested in. They find the best related offers so that you don’t have to sort through dozens of sites or subscribe to dozens of emails just to make sure you don’t miss something. And you can rest assured that you’re getting the best price available.

Awesome, right? Hurry, sign up and give it a try. It only takes a second!

ChoozOn wants to know and is giving away a $1000 shopping spree to one lucky person who registers for their fantastic new deal site. Let ChoozOn scour the web for amazing deals tailored to you!

1. Leave a comment sharing the best deal you’ve ever scored

2. When the contest entry box appears, complete the simple form to enter to win the $1000 shopping spree

3. You are now entered to win!

This is a sponsored conversation written by me on behalf of ChoozOn. The opinions and text are all mine. Official Contest Rules.

Traps to Avoid When Shopping Online

How to Be an Intentional Shopper