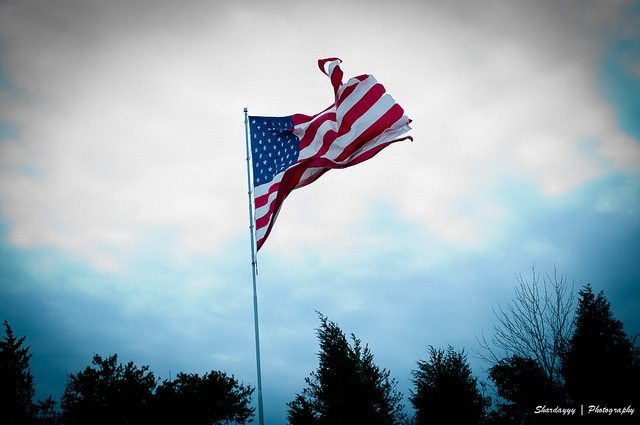 I love the 4th of July! Not only because I’m that girl who cries every time I sing The Star-Spangled Banner but also because it’s such a celebratory holiday. While there are certainly sad parts about Independence Day and the war that followed, it’s really about commemorating the birth of our country, which makes the fireworks and desserts and staying up late feel appropriate rather than frivolous like they do on, say, Memorial Day.

After getting caught in after-firework traffic with overtired children on more than one occasion, we’ve spent the last few years celebrating at home with the fireworks on TV and a sleepover in the family room. This year we’re adding in a trip to the little ice cream shop that opened up the street from us, because what says summer better than soft-serve ice cream covered in sprinkles?

I absolutely love this rendition of the national anthem that my mom’s church recorded.

But I’ve also been thinking about a different kind of freedom over the past week or so, prompted by my friend Laura’s comment on my post about our decision to start Jackson on formula. She said:

“To borrow a dear friends hashtag #screamingfreedom. Proud of you Mandi, you are an amazing mama and you have made a choice that is best for your family full of faith for what God has in store. From that we can all learn a lesson about not measuring ourselves according to each other’s “choices” but rather letting love have the final say.”

Since then, I’ve been thinking a lot about that #screamingfreedom hashtag and how it applies to our role as women in general and moms in particular. While I’ve always been a bit of a noncomformist, it’s only been in my 30s that I’ve really felt the freedom to be myself rather than trying to fit into someone else’s box for me — whether that’s as a mom, a homeschooler, a Christian or an entrepreneur.

This year, as those of us in the U.S. celebrate Independence Day, my hope is that it will also be a reminder to find freedom from other people’s expectations…

Freedom to hold your baby as much as you want and to choose formula if that’s the right decision for your family.

Freedom to homeschool. Or send your kids to public school.

Freedom to dye your hair green or get a tattoo.

Freedom to celebrate with other people rather than comparing yourself to them.

Freedom to admit you don’t have all the answers…and to keep asking questions.

Freedom to love your home the way it is and to open it to other people.

Freedom to embrace your unique talents and passions.

Freedom to be you, just the way God made you.

What expectations do you need to find freedom from today?

Things to Know About Getting an Extraction Facial Treatment in Singapore