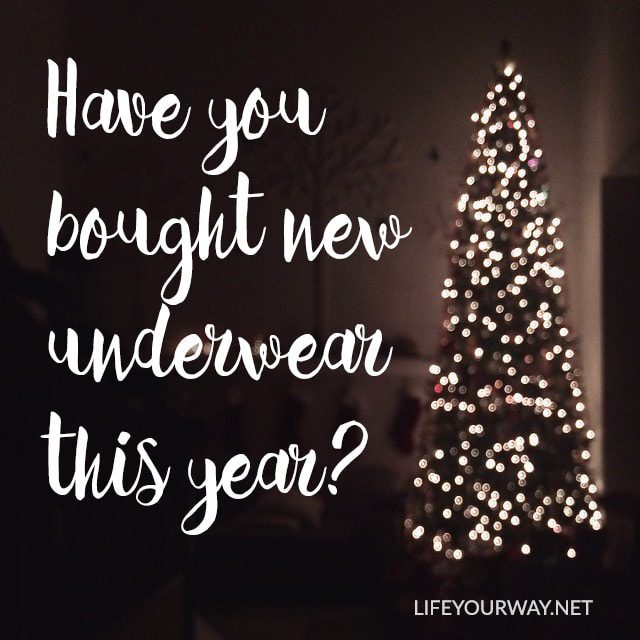 I know that’s a pretty bold question to ask, but bear with me for a minute.

In some ways, this question has become an archetype for self-care, an example of how women and moms tend to put themselves last. And we’re going to talk about that in a minute. But first, let’s focus on the question itself:

Maybe the type of underwear you wear shouldn’t affect your self-confidence or the way you approach life, but for most of us it does, even if it’s subconsciously and even if it’s just a little bit. And that doesn’t mean you need to spend a ton on underwear, but there’s something to be said for having options that are fun or give you confidence rather than ratty, stretched-out pairs that make you feel…well, ratty and stretched out.

Maybe you’re waiting to buy new underwear because it feels like the frugal thing to do. You’re waiting until you lose weight. Maybe you just can’t stand the thought of spending the time or money to think about and purchase new underwear that no one’s even going to see (which may be a whole ‘nother conversation).

If any of those maybes apply to you, here’s my challenge: Unless your budget is so tight that you really can’t afford anything other than food and your monthly bills, set aside a few dollars this month and buy yourself some new underwear. You can get a pack of Hanes at Walmart for $6, 5 pairs at Victoria’s Secret for $25, or a set of Prima Donna bras with a million options in between.

And while you’re at it…buy yourself a new bra or two too! 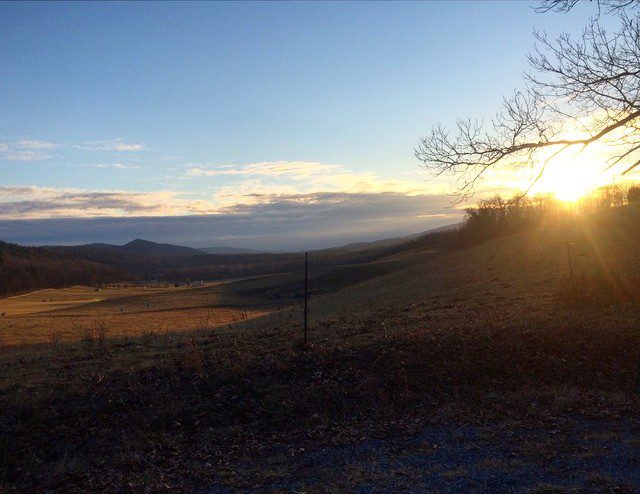 With that out of the way, the bigger question this leads us to is this:

When was the last time you did something just for yourself?

I’m not talking about some entitlement mindset where you whine and complain that you haven’t had any time to yourself just because “me time” has become a buzzword because, frankly, I think “me time” is overrated and often looks like wasting time rather than intentional rest. No, I’m talking about setting aside time to read books that make you think, pursue something creative, or take a moment to just be without really doing anything.

And you know what? The hard truth is that most of us can easily carve out 30 or 60 minutes a day for those things. We can turn off our phones and shut Facebook in favor of a good book, institute an afternoon quiet time for our kids to give us time to rest, and use the morning or evening hours to learn something or create something rather than watching TV.

But—in one of those great paradigms of life—it takes a little work to make time and space for the things that feed our souls, and we have to decide that those things—that we ourselves—are worth the effort. We have to force ourselves to close the laptop when we’re too exhausted to think because it draws us in as a place to zone out, even though a bubble bath would be a hundred times more relaxing than the latest celebrity gossip. We have to spend two weeks training our kids to stay in their rooms during the quiet time just for the chance at an actual quiet time at some point in the future. Be willing to try something new, even if it means we might not be great at it.

So your second challenge is this: Find an hour for yourself this week. Wake up early, put on a movie for the kids, and turn off the TV in the evenings. Use that hour to do something for you. Not something temporary that will just leave you feeling more exhausted and discontent—Facebook and Pinterest, I’m looking at you—but something that’s truly an investment in yourself. Read a book. Do a craft just for pleasure without worrying about the end result. Pick up your instrument.

And stop feeling guilty about it.

5 Easy Ways to Take Care of Your Health

How Your Teeth Develop and Grow