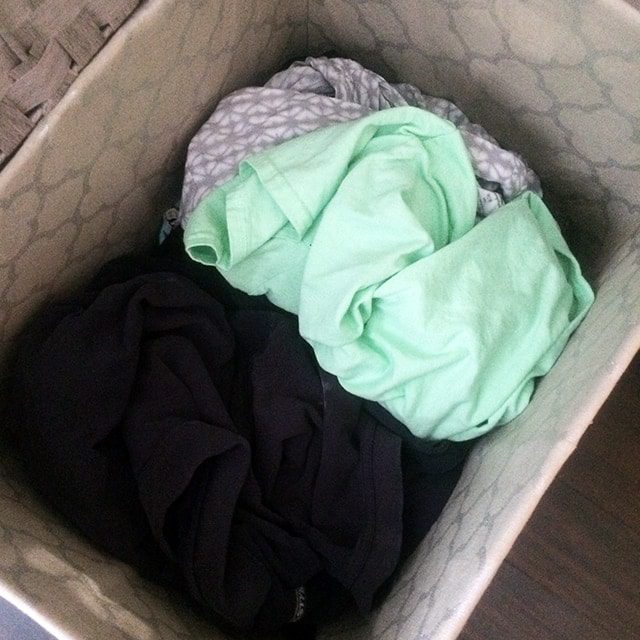 This is a sponsored post written by me on behalf of Tide® HE Turbo Clean™. All opinions are 100% mine.

Like this video from What’s Up Moms shows (and seriously, it’s hysterical and definitely worth your time to watch it!), I never really imagined just how much laundry a few kids would produce. It’s a daily battle to stay on top of the laundry, and really only takes a couple of days of ignoring it before it’s out of control and overwhelming!

Thankfully we’ve got some pretty good routines in place (unless I’m in the first trimester of pregnancy, when all routines fly out the window), and we all work together to stay on top of it.

That means I start a load almost every morning but my husband will pop a load in as needed too.

I try to fold whatever needs to be folded first thing each morning as I wake up, and then my husband—who is a keeper for sure—puts it away.

Except for the girls’ laundry, that is. Our oldest is officially in charge of folding and putting away all of the girls’ clothes, and it makes such a big difference.

{Have I mentioned that having older kids is so much fun?!}

But there’s nothing worse than trying to get laundry done and having to wait on one load to finish before I can pop the next one in! 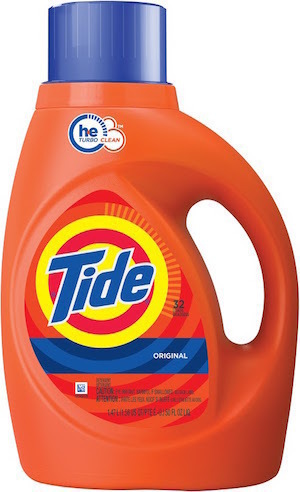 That’s where Tide® HE Turbo Clean™ comes in.

New data shows that extra suds could actually be slowing down the washing machine, and Tide has specially formulated the Turbo Clean™ detergent with quick-dissolving Smart Suds™ to produce fewer suds while still getting laundry clean.

For HE machines that have sensors to determine how long a load needs to run, the Smart Suds™ can prevent extra rinse cycles and save up to 25 minutes of cycle time!

So your laundry will take less time (and less water too!) and you’ll actually stand a chance at getting on top of the laundry.

Tide® HE Turbo Clean™ is available in Tide® liquid detergent, Tide Pods® pacs and Tide® powder formula. Keep in mind that HE machines can have drums that are 40% bigger than traditional machines (and hold that much more dirt!), so it’s best to follow the recommended amount of detergent on the packaging! 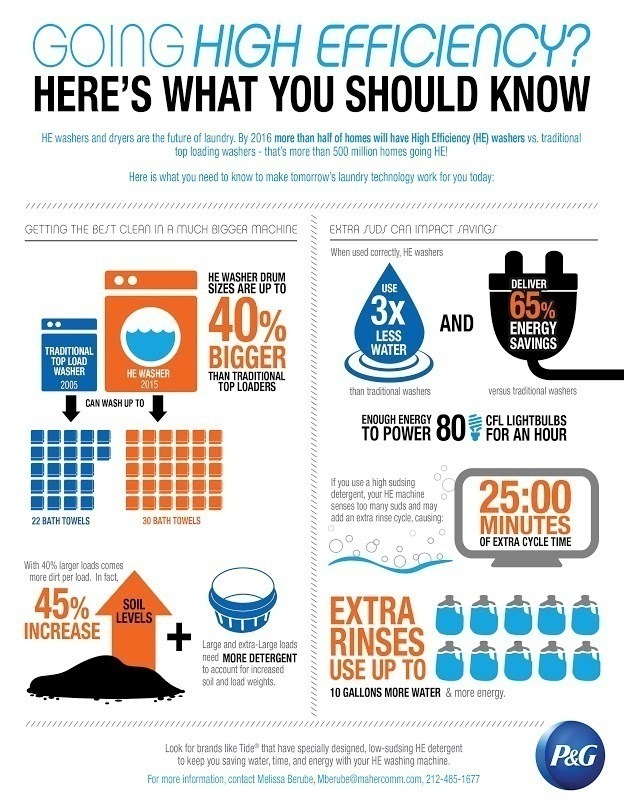 Getting that dentist clean every day