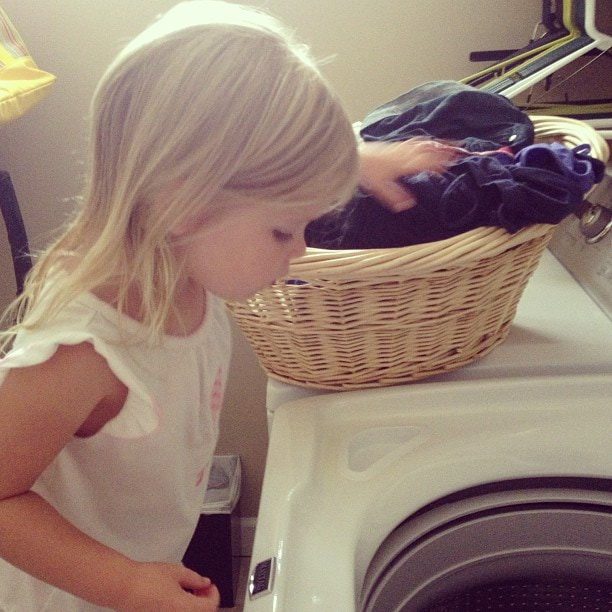 We are in full-on survival mode here, y’all. On Saturday, Sean broke his fibula at the knee and possibly tore his ACL as well. We won’t get in to see the orthopedist until tomorrow, so he’s immobile and in a ton of pain, and I’m doing my best to care for him, the girls, the house, the dog, etc. I have tons of posts in draft, but for today, I’m sharing one of my favorites from the archives…how long do your dreaded tasks take?!

Are there certain routine tasks or chores that you dread?

If you’re anything like me, there are! And you may find yourself putting these off, looking for an excuse to do something — anything! — else rather than the one thing you’re avoiding. And I don’t know about you, but in my quest to avoid that undesirable chore, I probably think about it a dozen times, letting the feeling of dread hang over me.

For me, the two biggest chores I dread are unloading the dishwasher and folding laundry. I don’t know what it is about those two things, but they are definitely the things that can become a bottleneck as I go about my daily routines.

Or at least they were.

Until one day I decided to time how long it actually took me to just get them done. What I found was that I can fold a load of laundry in somewhere around 6-9 minutes (depending on the ratio of adult clothing to small children’s clothing) and that I can unload the dishwasher in under 5 minutes.

All this time I’ve been wasting much more time than that dreading these chores when all I had to do was take a few minutes to just get them done!

The 2-minute rule is a time management technique for knocking out the little things quickly and easily. But how many times do we put off other easy tasks just because they seem like a hassle when it would really be so much easier to get them done?

Your dreaded tasks might be different — maybe backing up your computer files or cleaning the bathroom or paying bills — and they might take longer than 5 to 10 minutes. But chances are that the time that it actually takes to do them might still surprise you and make it a little bit easier to motivate yourself to just get them done. Try it!

What chores do you dread? Have you ever tried timing how long they really take to do?

Quick Tip: Using Your Laundry Basket Around Your Home

8 Great Summer Upgrades to Your House