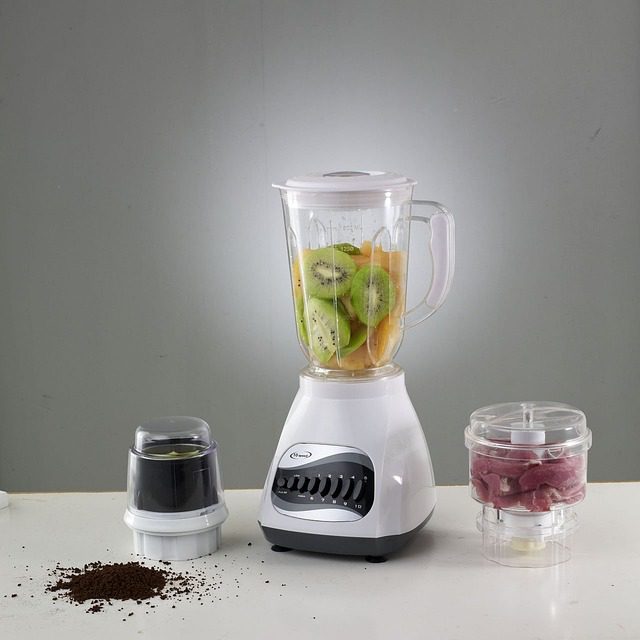 Image by Yao Charlen from Pixabay

Can I tell you a secret? I’m a terrible cook. I’m getting better the more I practice, but the truth is that I overthink everything and have no gut instincts when I’m cooking, and I have this uncanny ability to ruin any meal. Kind of pathetic.

But my love for all things kitchen makes it even more pathetic. I’ve been asking for small appliances for my birthday and Christmas since I was 16. Smoothie makers, toaster ovens, quesadilla makers, waffle irons, dehydrators, pressure cookers, pizzelle makers, panini presses, crockpots, latte makers – really, I could go on.

To make it worse, I not only had a Pampered Chef bridal shower (which really was an incredibly fun way to stock my kitchen!), but I also became a consultant for a while after we got married. Between all of those things, my kitchen was not just well stocked; it was overstocked. I had gadgets and gizmos galore, which might be okay for someone who loves to cook and spends hours in the kitchen creating amazing meals. For me? Not so much.

Last year, I began the process of decluttering before we moved into our new home. I looked at all those kitchen accessories crowding my kitchen (and laundry room and, ahem, closet…), and I decided something had to change. Let’s just say I think I made quite a few people at the Salvation Army very happy that day.

But seriously, many of these small appliances and gadgets are useful, so how do you decide which you should keep and which it’s time to pass on?

How often do you use it? If you’re only pulling something out once every six months, chances are you could live without it. The exception to this would be something like a canner that you only pull out every six months but use extensively for a week or two before packing it away again.

Could you do the same thing without the appliance? I had a quesadilla maker for a long time that I rarely used, and I decided to let it go before our move. When my dad came to meet our newborn daughter just weeks later, he brought quesadilla fixins, expecting to use the quesadilla maker. Oops. Instead, he taught me how to make them on a pan, and I’ve never looked back.

Do you have more than one appliance or gizmo that serves the same function? For example, there’s really no reason you need a blender and a smoothie maker. A smoothie maker is a blender with an added spout on the front for easy pouring, so go ahead and give away the regular blender. Use the same process as you consider your gadgets and gizmos to decide which you really need to keep and which you could live without.

Are you holding on to it because you love it or because you’re afraid you’ll miss it? I’m going to address the elephant in the room for a minute. Yes, chances are that you will regret at least one decision as you go through this decluttering process. For me, it’s my springform pan, which I didn’t realize at the time could be used for more than cheesecake. But you know what? The peace of mind and simplicity that comes from decluttering my kitchen more than outweighs the regret over that little gadget. And if I continue to find more dinner recipes, I think our family would enjoy that call for a springform pan. I can always pick up an inexpensive one to replace the one I decluttered.

Don’t hold on to things just because you’re afraid you’ll miss them! And if that’s the thing holding you back, use the method we talked about earlier this week, where you pack up everything and store it in the basement for a while before giving it away.

Would I use it more if it was stored in a different place? I think this is an important question to ask yourself because chances are there is at least one thing in your kitchen that you think about using all the time but rarely feel like pulling out. One could argue that since you’ve lived without it for so long anyway, it should go into the give/sell pile, but it’s okay to move it to a new home (in one of the cabinets or drawers you’ve already emptied through your decluttering!) and see if that makes you more likely to use it. Maybe you’ll look back in six months and realize you’re still not using it and end up giving it away anyway, but you might find that you use it a lot more once it’s convenient for you.

As we spring clean our kitchens today and tomorrow, I encourage you to look at each and every item you pull out of your drawers and cabinets and think through the questions above. If you’re afraid of making the wrong decision, simply put them in a box and try living without them. My guess is that you’ll miss very little of what you pack away!

Be Careful What You Buy

One more thing. For those who are compulsive about our kitchen gadgets, it’s important to ask those same questions before buying any new gadgets or appliances. To be honest, I avoid Pampered Chef parties these days because I really love their products, and it’d be easy to convince myself that I love and need any items from the catalog.

There is one additional question I ask myself before any purchase (or adding an item to my gift wishlist): Do I have a convenient space or something else that I’m willing to get rid of to make room for it? Keeping my kitchen and home uncluttered is important enough to me that I let it dictate my decisions in other areas, making it easier to just say no.

Do you share my love for kitchen appliances and gadgets? Is there something in your kitchen right now that you rarely use but haven’t wanted to let go of either?

Best Way to Clean Your Carpet at Home

How to Get Stains, Dirt, Scratches & More Out of Hard Floors

Types of Fur Throw Blankets and How to Clean Them