The following post is from Kate of Modern Alternative Mama:

It’s true.  Just about everyone I know is concerned with being “green,” eco-conscious, doing the right thing for the earth.  But sadly, some of this is just because it’s popular right now, and not because all of these people are fully committed to living a green lifestyle.

Which is fine.  We all have different callings.

The real problem is that some of these people are truly so enthusiastic, and they really want to do what is green, or best for the earth…but they’ve gotten some mixed messages from the ‘mainstream green’ crowd.  What they’re doing isn’t  necessarily really green.  We need to cut through some of these recommendations so that people can be truly green, if they so desire, as well as safe and healthy.

Let’s look at some recommendations that may be problematic, and some better solutions:

Obviously, reusing a water bottle that you fill up at home instead of buying throw-away bottles is a great choice!  But not all bottles are created equally.  Some people go for “BPA-free” plastic bottles, but evidence shows that some of the chemicals that replace BPA are equally harmful!  Skipping plastic altogether is probably the best move.  Then there’s aluminum water bottles, but aluminum isn’t so safe either.  Stainless steel water bottles are inexpensive, safe, and last a long time.

Recycling’s good…right?  Sort of.  The thing is, it’s better not to purchase products in individual cans and bottles if you can help it, to cut down on the number being produced in the first place.  There are so many ideas out there on how to deal with these containers – see if you can skip them altogether, seriously!  It also takes a significant amount of energy to recycle something, so whenever possible, re-purposing or reusing is better.  Some forms of plastic are awesome as storage containers!

Take Care of Your Car

There’s nothing wrong with these recommendations – drive slower, make sure your tires are filled properly, get regular oil changes, etc.  But even better?  Drive less!  Carpool with friends to play dates, or go places where you can walk or bike.  My goal has been to fill my car only twice a month, so that means sometimes we stay home to play instead of going out.  Sometimes that’s a sacrifice, but it’s much “greener” than just making your car work more efficiently.

There are a ton of “green” cleaners on the market today.  Even the major manufacturers have come out with green versions.  But are they really all that green?  Sources say many are not.  Rather than buying expensive and suspect “green” cleaners, use plain old vinegar and baking soda for most household needs.  They’re truly green and they’re a lot cheaper, too.  In the laundry, my favorite is soap nuts, also a truly natural product.

Make sure when you’re cleaning that you only use as much as you need, too.  If you do buy “green” cleaners, a lot of times you’re encouraged to use more than needed so they can sell more product.  A tablespoon is all you really need in the dishwasher, a 2 – 3 tablespoons is all you need in the wash.

Am I the only one who thinks that showers with less power are…annoying?  A better way is to double up on baths or showers – stick all the kids in together, or take one or two in with mom or dad, if they’re little.  Also, shower less often.  Most people like to shower daily, but this really isn’t necessary for most people.  Two or three times a week is plenty, especially for those who don’t do physical work or for small children.

It’s better than throwing it away, of course.  But even better, go paperless!  Save files that you need in your email or on your computer’s hard drive.  Request that companies stop sending you catalogs and only send you emails (if you really want them).  You can also go to DMAChoice.org and request to be taken off junk mail lists, for the ones you didn’t solicit in the first place.  Tell your bank to stop sending you statements and go for online banking.  Don’t ask for receipts at the gas pump.  Try to use as little paper as possible!

Some suggest using reusable plastic ware in your home instead of disposable containers, but these are problematic due to BPA and lots of other chemicals.  Instead, go for some sturdy glass or stainless steel containers.  They’ll last longer, they won’t warp in the dishwasher, and they’re safe to reheat food in.  Sturdy glass is also unlikely to break, even if dropped.

There’s a big argument over whether local or organic is better.  Do you choose that which is produced locally (and not shipped all over the place, which creates more pollution) or do you choose organic (which is grown without pesticides that may be harmful to the environment)?

I don’t have a perfect answer for you.  Obviously, if you can get something that’s locally grown and organic, that’s a great solution.  In many cases it’s either/or.  I lean towards local just because you can ask questions of the farmers directly, and a lot of them don’t spray very much when they know they’ll be selling their produce within hours of being picked (rather than the produce having to withstand days of shipping before selling).  But always ask.

What are some ways that you work hard to be “green?”

How to Have a “Green” Christmas

Should We Stock Up on Incandescent Bulbs? 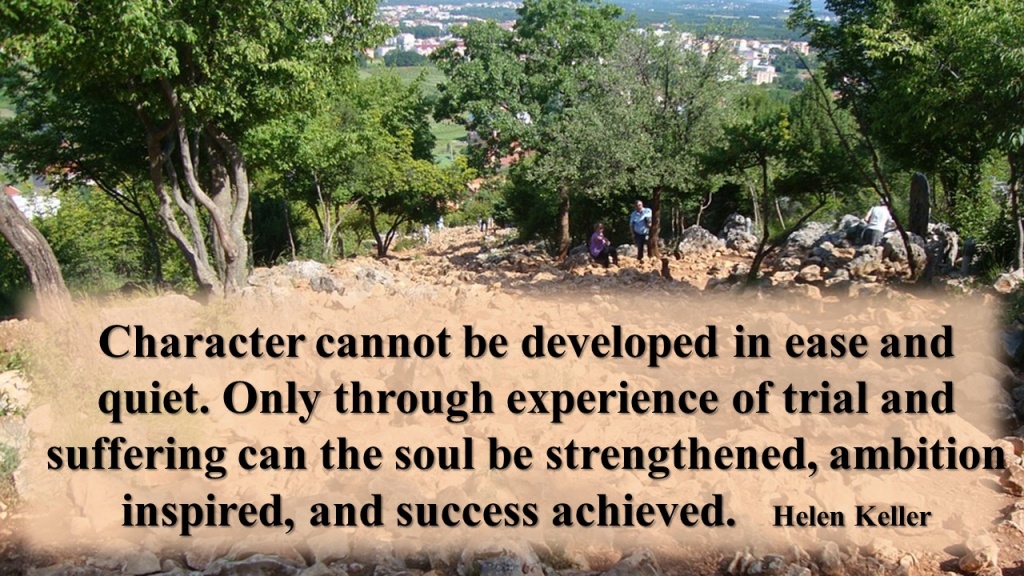 As much as we dislike difficult times, they are necessary for character development