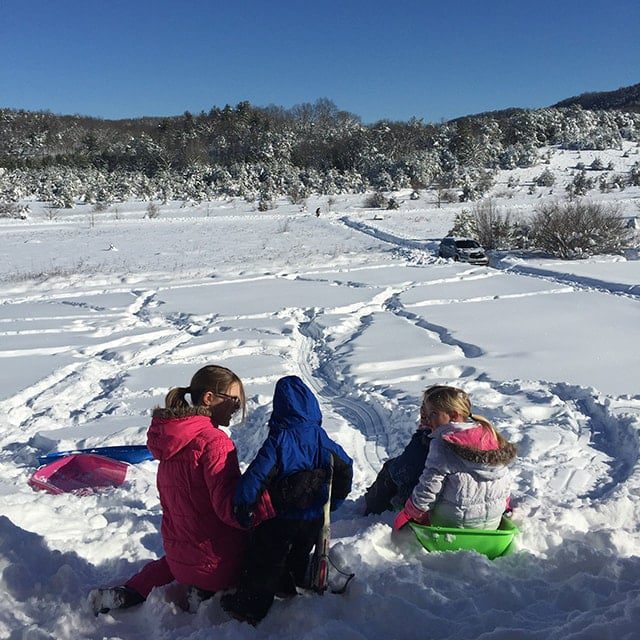 This weekend we got hit by the Blizzard of 2016—also known as Winter Storm Jonas, Snowpocalypse, Snowmaggedon or, my personal favorite, Snowtopia. Our family absolutely loves a good snow storm, and as the buzz around the storm built throughout last week, so did our excitement. With somewhere around 30″ of snow when it was all said and done, this was definitely a storm for the record books, and the girls are taking full advantage of it while it lasts. 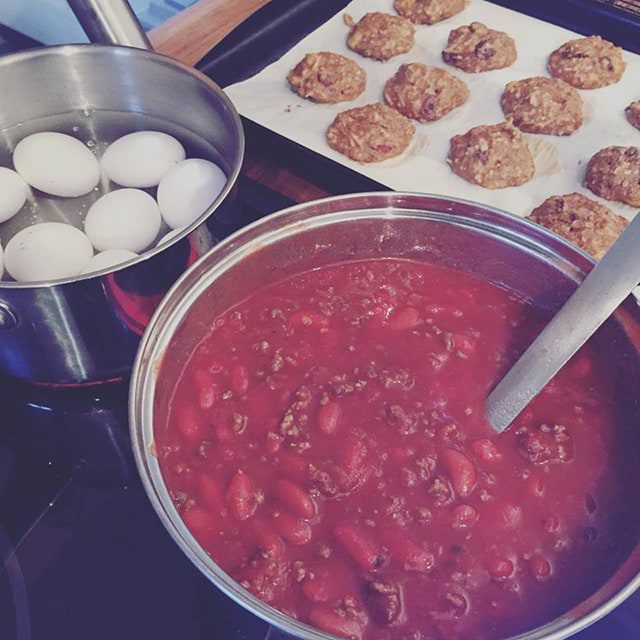 Although I’d been nothing but excited in the days leading up to the storm, the models on Thursday night began to show even bigger totals (40″ and more, which some neighboring areas did get), and I started freaking out that we weren’t prepared enough.

On Friday morning Sean made an extra store run after taking the girls to the orthodontist, and we ended up with 10 loaves of bread, 5 dozen eggs, and a shelf full of canned food. I also cooked everything insight, including a double batch of breakfast cookies, hard-boiled eggs, chili, taco meat, 2 pounds of bacon, chicken breasts and a big batch of oatmeal (cold oatmeal has become one of our favorite grab-and-go breakfasts!). We figured that if push came to shove we could plug the crockpot or waffle maker into the generator (the one we bought earlier in the week just in case) and reheat whatever we needed for each meal. 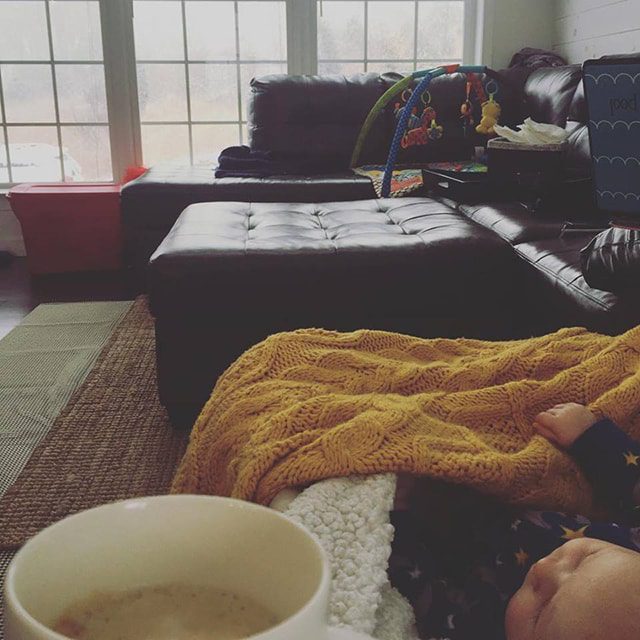 After we finished storm prep and I got through a couple of work meetings, we sat back to watch as the snow started coming down. It was pretty crazy to watch those first few flakes (which seemed to stick and begin piling up right from the start!) and think about how high it was going to get in the end!

It didn’t take long before the girls had their snow clothes on and were out playing in it, and they spent much of the last three days outside in the snow. 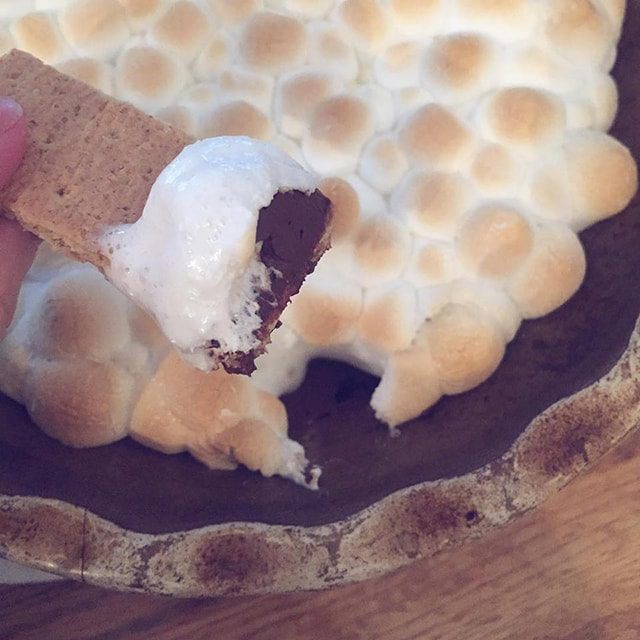 By the time we had a good coating on the ground, I had started this s’mores dip as well. I’m a sucker for sweet treats on special occasions, and this one was easy and delicious:

Grease a pie plate with coconut oil or butter, pour in a bag of mini chocolate chips, bake until shiny at 350 degrees F, stir, top with marshmallows. I put it back in to bake (which is why my chocolate looks a little overcooked), but you should switch it to broil to brown the marshmallows faster. Serve with graham crackers and enjoy! 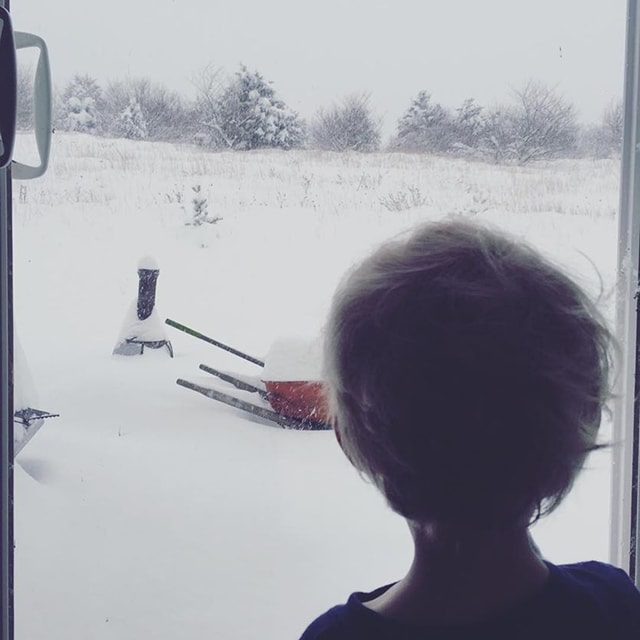 The next morning we woke up to a true winter wonderland with snow covering everything, and the snow still coming down steadily! 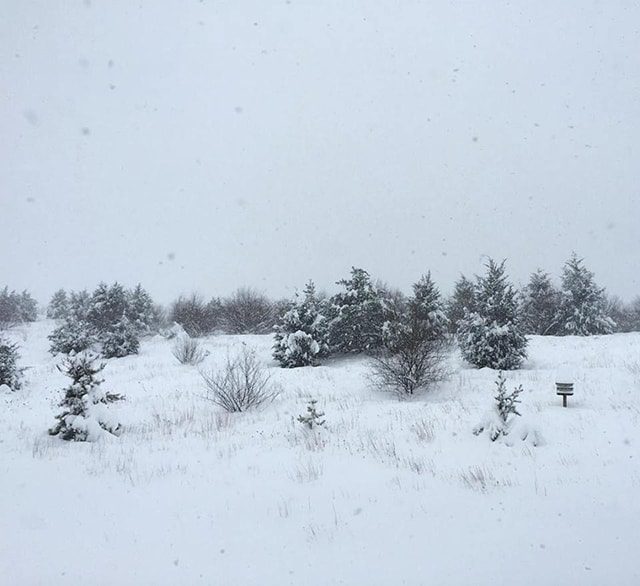 All day it just kept coming down and piling up. (And once again the girls spent most of the day out in it.) While my husband was doing his best to keep things clear, it definitely felt like he was fighting a losing battle!

Our power stayed on through it all, though (and I don’t think there were really many widespread outages anywhere in our area—although my mom did lose hers in North Carolina), which made it a fun and exciting storm rather than a scary one. 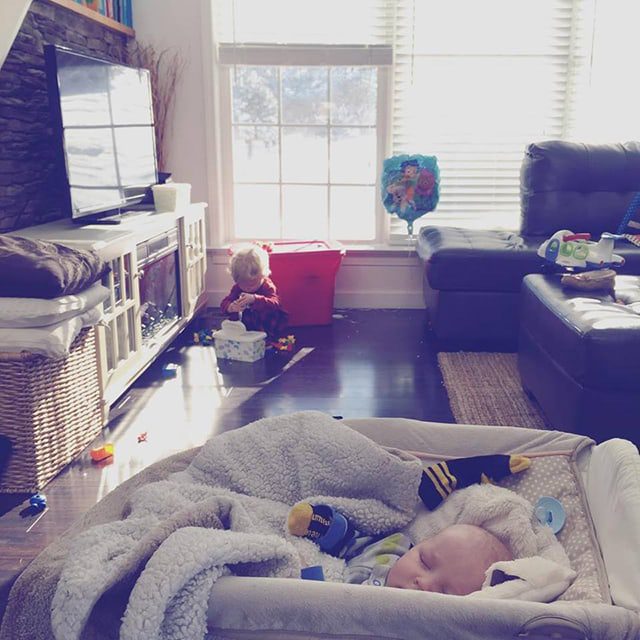 The snow finally stopped on Saturday night, and we woke up Sunday to clear blue skies, bright sunshine, and glittering snow. The girls ate breakfast quickly before rushing to get their snow clothes back on and head out once more, and the boys and I hung out inside in the warmth, prepping hot cocoa and just generally soaking it all in. 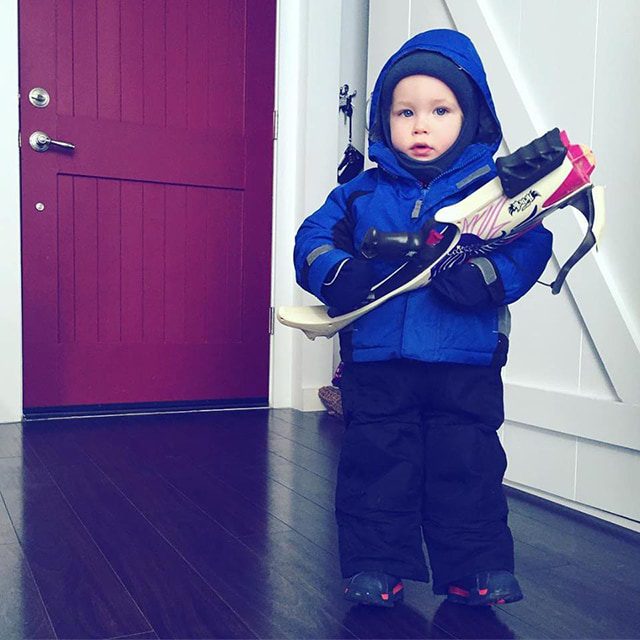 After playing by himself for a little while, Jackson decided he was ready to go out, so we began the process of getting him ready to play in the snow. With layers upon layers, I made sure he’d be warm (and he made sure his “dun” was never far from his side!). He then spent 30 minutes or so playing with the girls before he was ready to come back in and warm up.

In the meantime, the girls dug trails throughout the yard, made sledding runs with jumps (rated as blues and greens, LOL!) and started building an igloo in the corner of the yard!

It’s been a magical few days with power and heat inside and an unbelievable amount of snow outside! We’re not sure how or when we’re ever going to get out of the neighborhood, but for now we’re okay with that.

Did you get hit by this snow storm? What are your favorite snow day activities or treats?

Welcome to the Brand New Life Your Way!