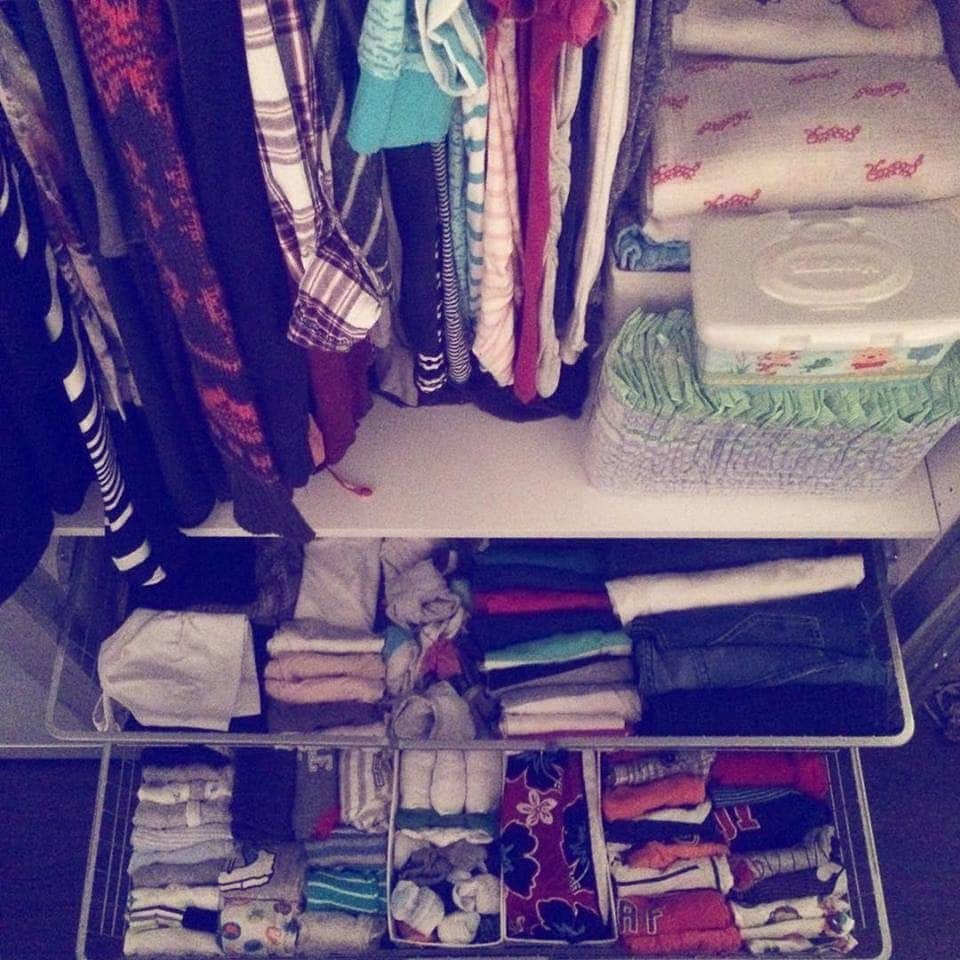 Several months ago, I shared that our house had been feeling out of control and chaotic. It wasn’t anything but that the things that had worked when we had a bunch of tinies weren’t working anymore.

Over the summer, we’ve been really focused on a few things: 1) finishing house projects (more on this soon), 2) revamping our chore assignments (also coming soon), and 3) decluttering and organizing once again.

At the time, I started reading Marie Kondo’s The Life-Changing Magic of Tidying Up. Still, I honestly haven’t finished because I was feeling very discouraged that some of her advice just wasn’t applicable to a family of our size (organized once and never again?!). Still, after reading Anne’s post about applying these principles to family life, I’ve picked it back up.

One area that has been bugging me for months is the wardrobe in our room. Several months ago we turned the nursery (which is really the master closet) into my office since Jackson sleeps in our bed anyway. At the time, moving his clothes into my side of the clothes wardrobe was no big deal. But our surprise baby threw a loop into that plan.

At this point, I just don’t want to give up my office. It’s so nice to have the space on the main level with a door for working, and that seems like it’s going to be even more important when I’m juggling a new baby with my job.

Instead, I was determined to get all of the baby stuff into the same wardrobe that Jackson and I were already using. (Sean has his regular clothes plus work/painting clothes, so it’s not as easy for him to give up space on his side.)

I spent a couple of weeks trying to figure out how exactly to fold tiny baby clothes this way, even asking for advice on Facebook, before it finally hit me while watching this video that Kara shared that my problem was the undefined space of our wire baskets.

Instead of just folding things in the open space of the basket, I decided to try folding them inside the rectangular canvas baskets we use for socks, and that made all of the difference. 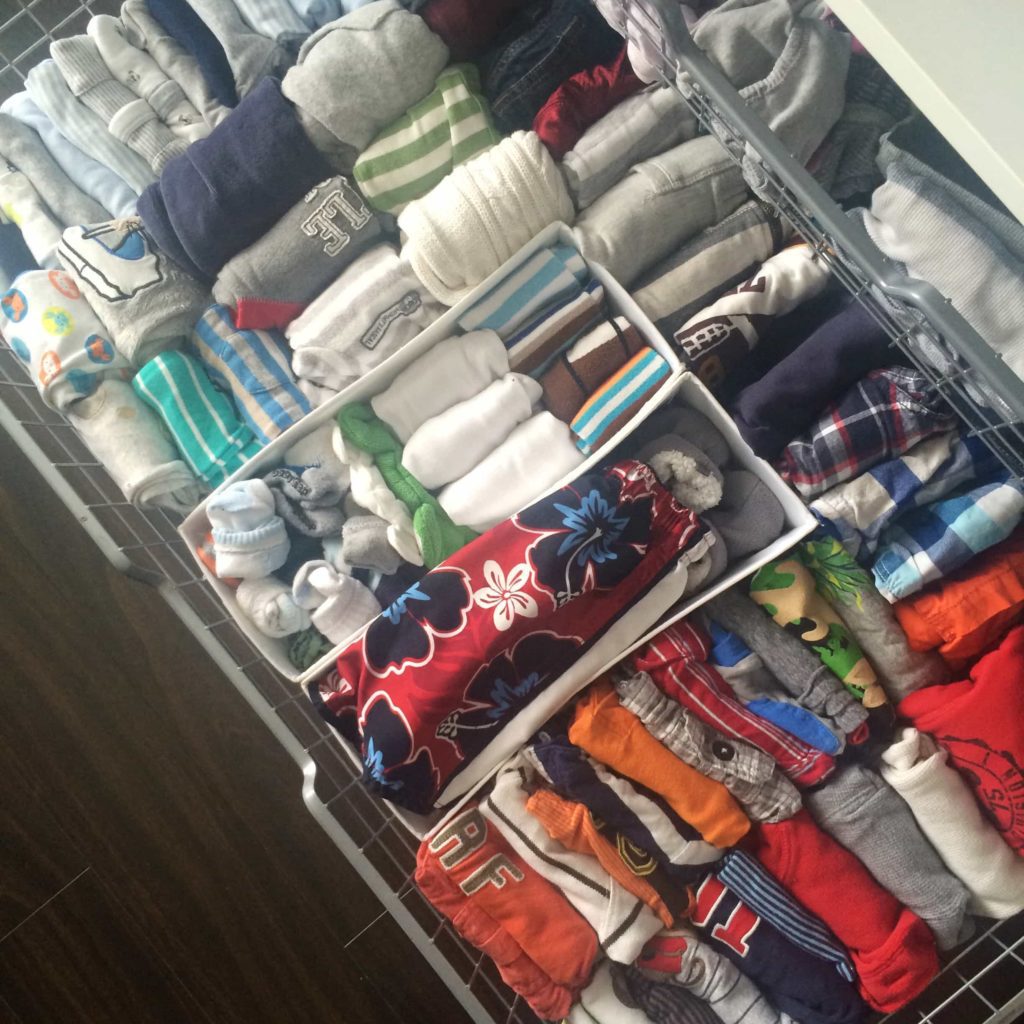 However, I was determined not to buy any new organizing things for this project (we’re planning to head out on the road in an RV in two years, and I really only want to put furniture in storage, so we’re trying not to buy anything new that we’ll just be getting rid of!). Instead, I transferred the folded groups out of the sock baskets and into the main baskets, using the sides of the sock baskets for support.

This ended up working really well, and as the drawer got fuller, the clothes were able to stay standing on their own.

In the end, here’s how I made it all work: 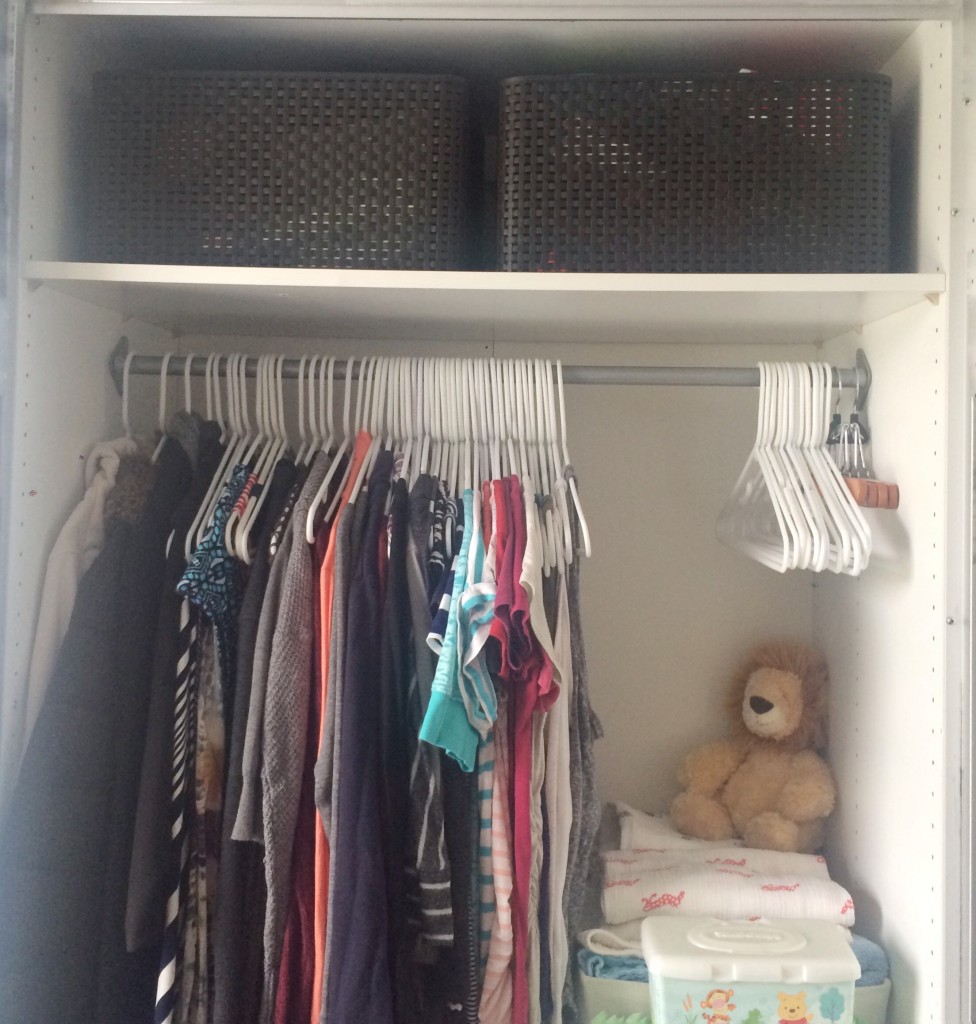 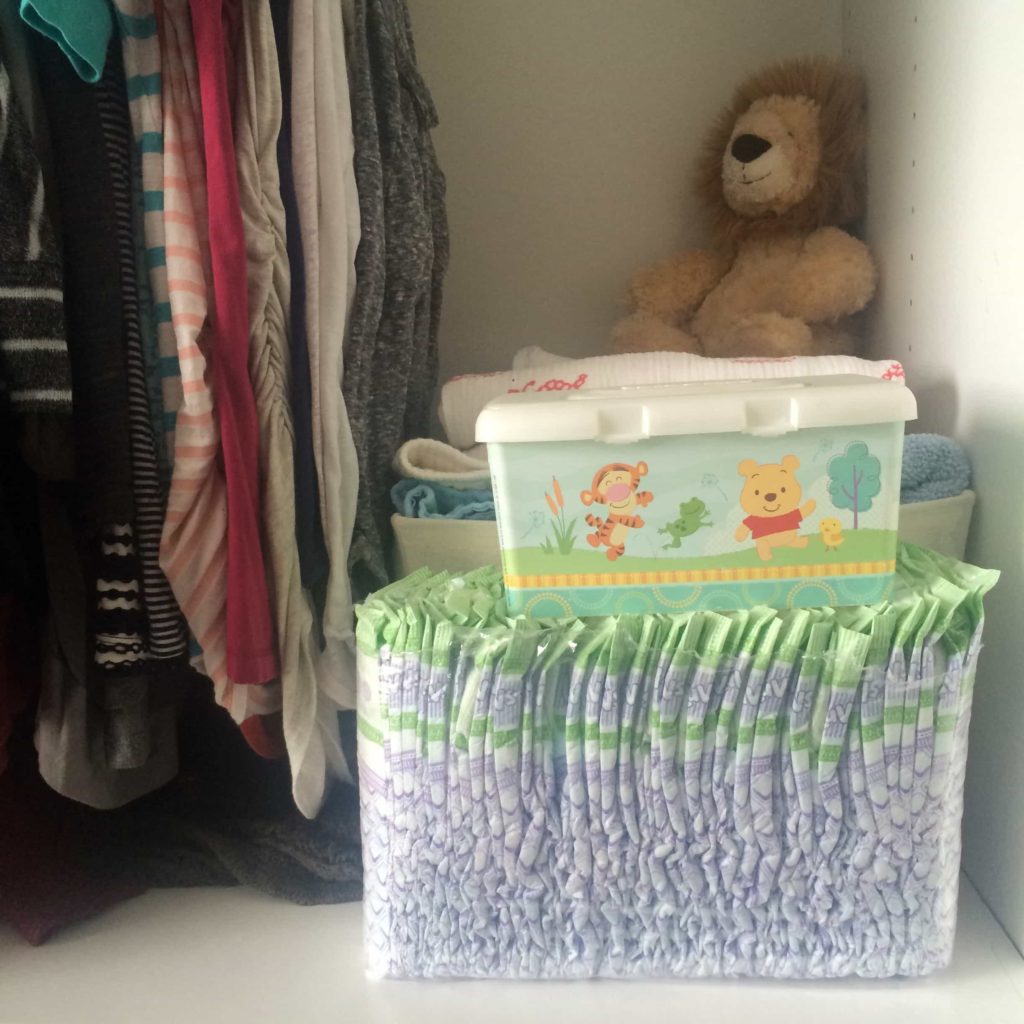 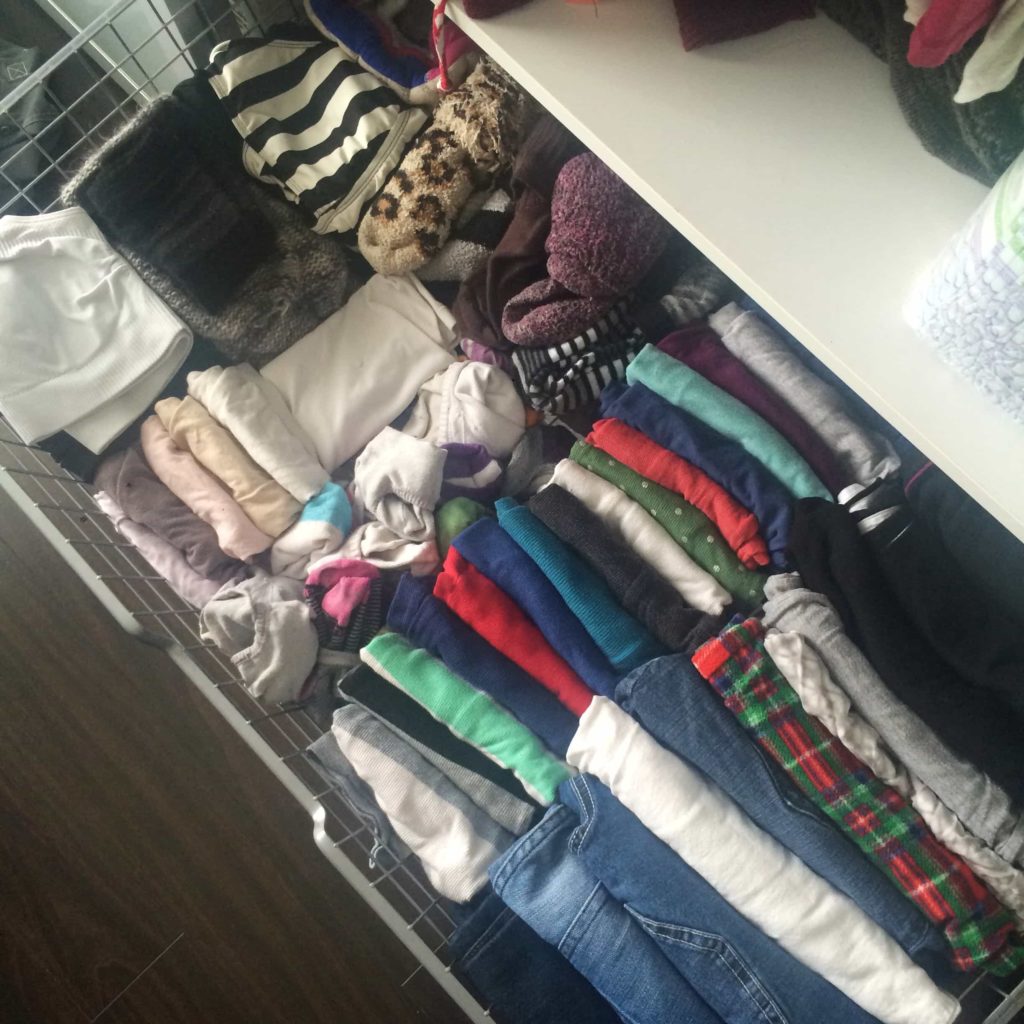 The thing I’m dreading the most is the next time Jackson discovers the open wardrobe and decides to “helpfully” dump everything into the hamper, then having to refold it all again!

Have you tried the KonMari folding method for clothes yet?

Tips to Upgrade Your Living Room

Planning for the Big Move? These Tips Will Save You Tons of Stress