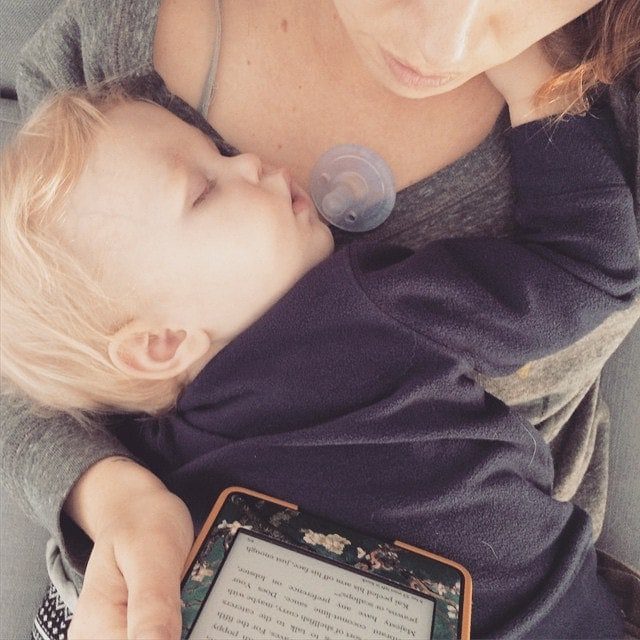 I am just about to hit 80 books read for the year. That’s 20 books shy of my goal of 100 but not as low as I thought it’d be based on my progress a few months ago! I am going to set my goal to a more realistic 75 for next year (since that’s been my average for the past 3 years) and shoot for blowing it out of the water instead of feeling discouraged by what seems to be an unachievable goal at this stage of my life.

I also started 2014 very intentionally reading a variety of nonfiction as well as fiction, but as the year got busier, I found myself escaping into fiction more and more. As we kick off 2015, my goal—once again—is to find a better balance between fiction and nonfiction (and truthfully, my “want to read” list is heavily weighted in favor of nonfiction), as well as to read more classics.

My other goal is to get back to reading aloud regularly with the girls. I think our youngest daughter especially needs this, as she hasn’t yet developed a “love of story” that I firmly believe is the precursor to a love of reading, and I think part of the reason is because she hasn’t had as much time reading books together as the other girls did. But I also want to read with the big girls because I think there are a million benefits from spending that time together.

Before I dive into a list of the books on my list for this upcoming year, here are my top 10 reads of 2014: 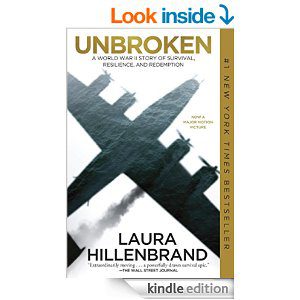 The incredibly true story of Louis Zamperini, this book tells the story of his life as a rebellious kid turned record-breaking runner turned World War II pilot turned Japanese prisoner of war, and then his journey from a broken man following the war to one who finds love, peace and freedom from the demons of his past. Although I had already read a few WWII stories by the time I picked this one up, it sparked my passion for the genre in a new way, and I spent the week reading passages and reciting facts for Sean and the girls about the war and Zamperini’s life. Unbroken is not only an inspiring read but also an incredibly detailed account of his experience during WWII and as a prisoner of war that gave me a better understanding of those experiences than any other book I’ve read. 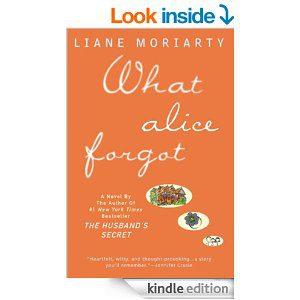 My first introduction to Liane Moriarty’s writing, this book stayed with me in a way that very few books have. I thought about it daily for weeks after I finished it and I still think about it on a regular basis. What Alice Forgot is the story of a woman who wakes up after a fall thinking she’s a happily married newlywed only to discover she’s actually in her mid-30s with 3 kids, a social calendar that she doesn’t recognize, and a soon-to-be ex-husband who can’t stand the sight of her. But it’s also the story of a woman who has to rediscover who she truly is and where things went wrong in her fairytale life. 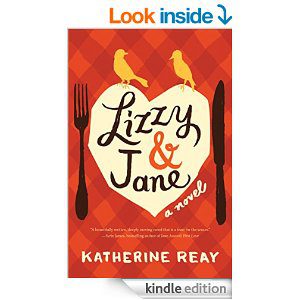 In all honesty, this is not the best written book on this list. It’s good, but not amazing from a literary perspective. However, as I shared on Instagram after I finished it, it has serious heart. So much so, in fact, that I sobbed my way through the second half of it—sitting by myself in the dark—because I just couldn’t put it down. The story of two sisters who are facing their individual battles on their own because of walls they’ve built between them, this is just a really lovely story about rebuilding relationships lost and discovering your true purpose. (Also worth noting: although it’s categorized as Christian fiction and explores the sisters’ search for a faith of their own to some degree, it’s not heavy handed or cheesy, making it a welcome alternative to many of today’s contemporary Christian novels.) 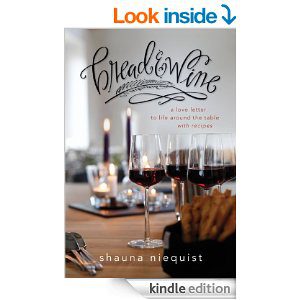 Bread and Wine: A Love Letter to Life Around the Table with Recipes

I am actually only halfway through this one as I write this post, but I’m planning to finish it before the end of 2014, and I can already tell it’s going to be one of my favorites. Packed full of essays illustrating the power of a shared meal plus some of author Shauna Niequist’s favorite recipes, it’s an invitation to good food and authentic relationships that makes you want to invite people over for dinner and conversation right now. 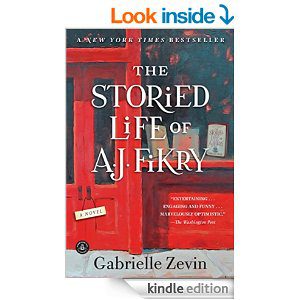 The Storied Life of A. J. Fikry: A Novel

I almost left this book off of this list because I can’t even explain what exactly drew me in. But I loved it so much that I couldn’t leave it off, even if that appeal is hard for me to define. It’s a book about books and the people who love books—and those who have yet to discover their love of books—about love and family and a life that doesn’t go exactly as planned. 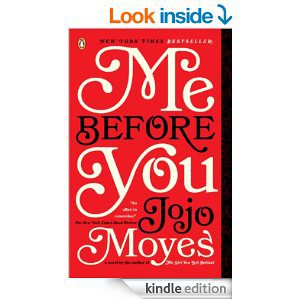 Me Before You: A Novel

Several years before I met either of them, Sean’s best friend’s dad was in an accident that left him wheelchair bound as a parapalegic. But when you meet him, his personality and zest for life—and not the inability of his legs—are the first things you notice. As I read this heartwrenching story about a quadrapalegic who has lost his will to live and the girl who makes it her personal mission to show him that there’s still life and love out there for him, I couldn’t help but think about Mr. Swisher’s accident, the life he’s lived in the years since it happened and the challenges he must have faced along the way. Even without that personal connection, though, this is an emotional and thought-provoking read. 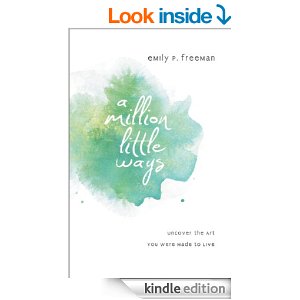 A Million Little Ways: Uncover the Art You Were Made to Live

This book is just beautiful. Written in a prose that makes me want to savor each paragraph, Emily Freeman invites readers to live their life as art. Not to become artists or try to be someone they’re not but to live their art for the glory of the Creator. Written for artists and creatives as well as those of us who are type-A and see things in black and white rather than color, it’s a book I think about often as I reflect on my own life and whether I’m really living or just going through the emotions. 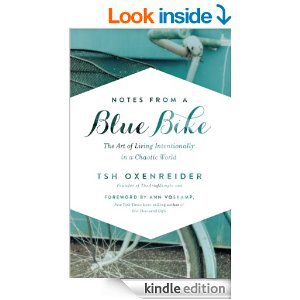 Notes from a Blue Bike: The Art of Living Intentionally in a Chaotic World

I’m privileged to call Tsh Oxenreider a friend, but I can honestly say I would have enjoyed this book either way. A look at her family’s journey to living intentionally, Tsh shares their approach for food, work, education, travel and entertainment and invites readers to make intentional decisions of their own in each of those areas. 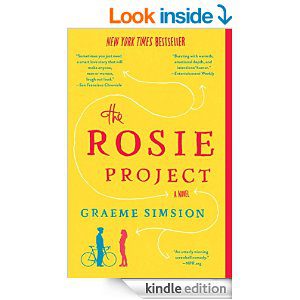 I have yet to talk to anyone who has read this story and not loved it. It’s quirky, offbeat and unexpected but oh so sweet, and I am looking forward to diving into #2, The Rosie Effect, just as soon as I finish the books I’ve already started. Don Tillman is a socially inept professor who sets out on a quest to find love using a detailed survey process that eliminates, well, just about everyone. However, a chance encounter with a woman who possesses all of the “undesirable” qualities on his list leads them on a quest together to discover her real father, and along the way they discover that love isn’t always logical. 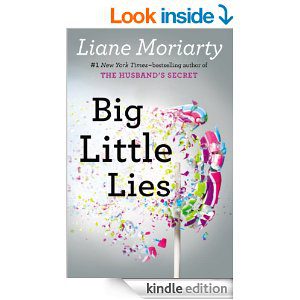 I have devoured several books by Liane Moriarty in the past month, and while I didn’t love all of them, what I do love is the insight that Moriarty offers into all kinds of people and personalities. There is at least one character in each of her books that I identify with in a scary way, and she puts into words situations and personalities we’ve all encountered in a way that leaves me in awe every time. The story itself is part murder mystery, part contemporary fiction, exploring the little lies that we all put on in public and what might really be hiding under the surface.

On my bookshelf for 2o15

Coming up in 2015, I have two main goals: to get back to regularly reading nonfiction, aiming for 3-4 books per month, and to make my way through various classics, aiming for one a month. My fiction wishlist is always smaller than my nonfiction/classics list because I read them faster and the list doesn’t build up over time, so I’m just sharing the list of nonfiction/classics that I currently own (or have borrowed) and plan to read:

Now it’s your turn! What were your favorites of 2014? What’s on your list for 2015? Feel free to comment or leave a link…I’m looking forward to adding your recommendations to my wishlist as well!