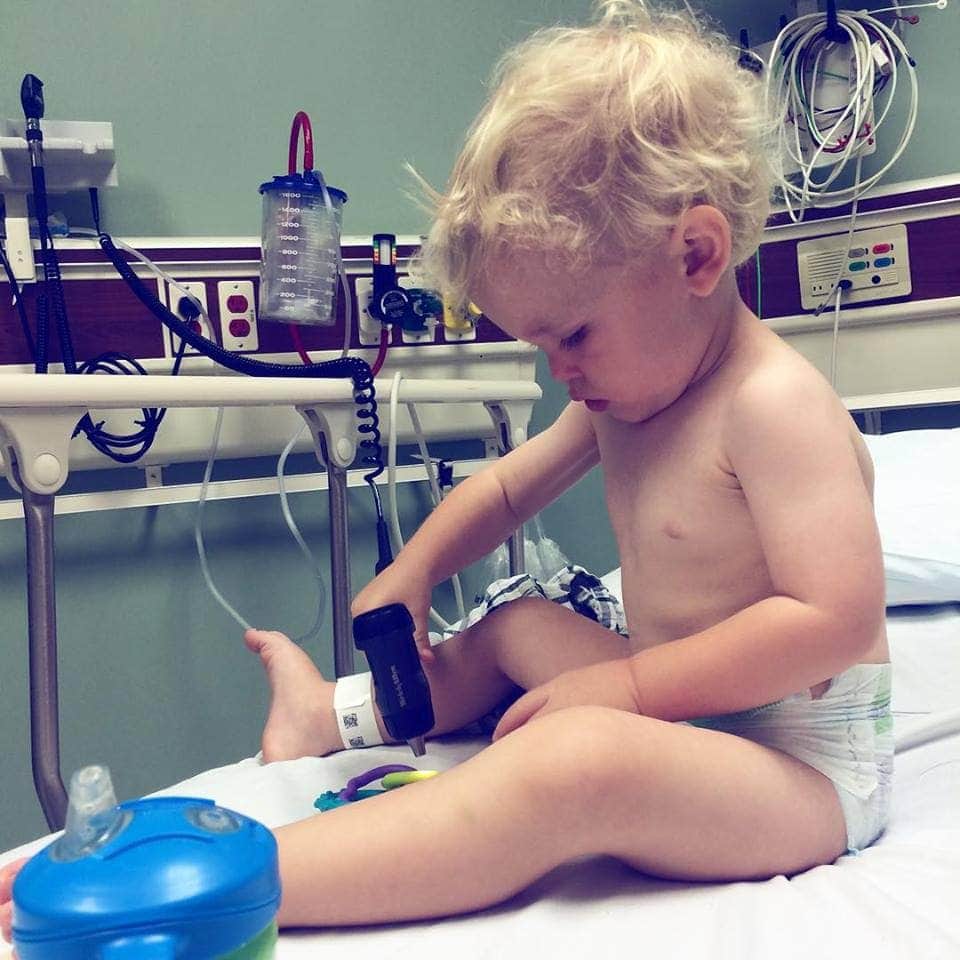 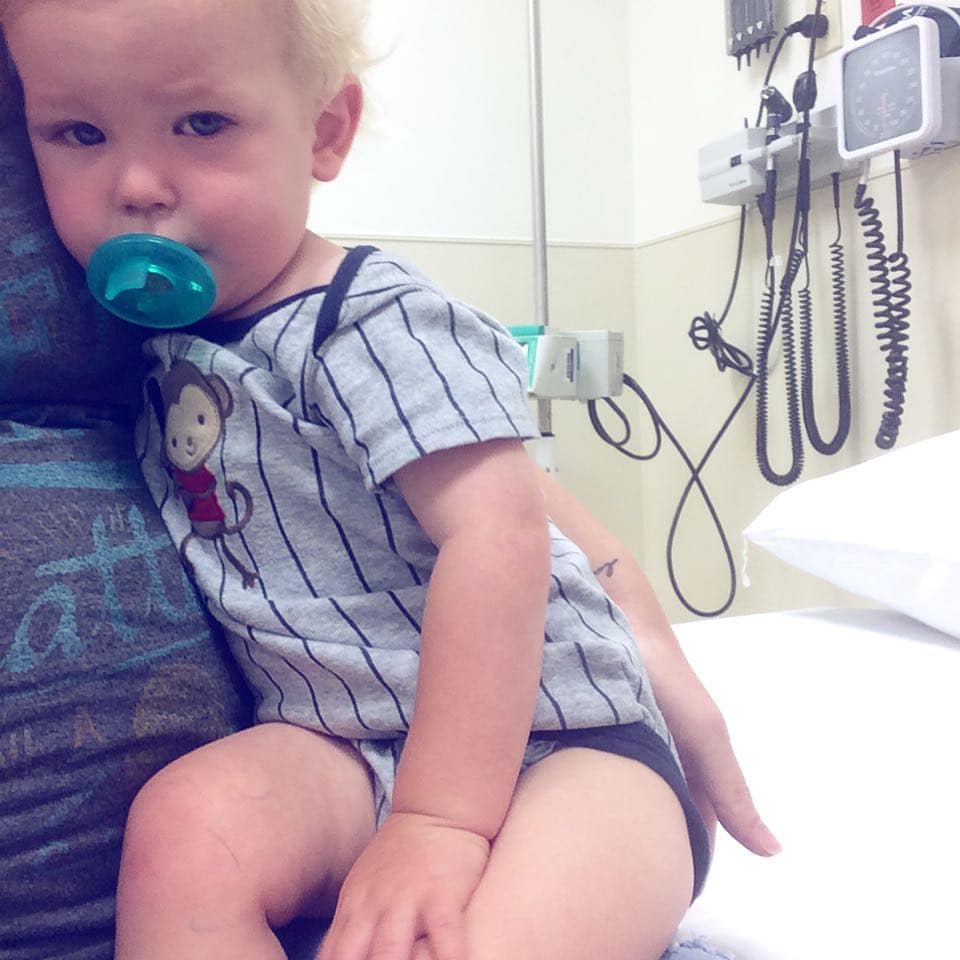 It’s been a tough couple of weeks, y’all!

I didn’t mean to stop blogging (and I’d actually been feeling pretty excited about blogging again before my unintended break!), but I had some deadlines that—coupled with our personal schedule and other commitments—made blogging feel stressful rather than fulfilling, so I let myself take a week off.

And then last Saturday, as I was contemplating getting a Weekend Reading post up so you wouldn’t think I’d completely disappeared, Jackson hurt his leg and we rushed to the ER instead.

Sean and Peyton were at his mom’s for the weekend, and I’d let the other girls camp in the family room. When Jack woke up, they came and scoped him out of our bed. Within minutes they’d piled all of their comforters together and he was happily jumping off the couch into them…until he started crying the most pitiful cry I’ve ever heard.

By the time I got to him, I could already tell something was really wrong, and I called Sean to let him know I was thinking about taking him in. I gave him some ibuprofen while he continued to whimper and cry, had the girls quickly make bagels for breakfast while I got dressed, and we were on the road within about 20 minutes.

At the ER, we got a doctor who you honestly might cross the street to avoid if you met him on the street (older, gruff and looking a bit like a drunk homeless man). I try not to make snap judgments, but I wasn’t completely confident with his level of care.

He did get us right in for an X-ray, which was clear, but that was it before he sent us on our way with instructions to call our pediatrician if it didn’t improve in a week.

Although I was thankful for the quick ER trip with 4 kids in tow, when Jack’s pain hadn’t improved and he still couldn’t bear weight on his leg the next morning, we headed in the opposite direction to the bigger hospital in Winchester. There, we spent 6 hours under the care of a doctor that I could not have loved more.

In contrast to our visit on Saturday, he was exceptionally thorough, with new X-rays, an ultrasound, and blood work, all of which were negative.

After taking to our pediatrician, he sent us on our way with a tentative diagnosis of viral toxic synovitis (due to a lingering runny nose) and instructions to call the pediatrician’s office in the next day or two. 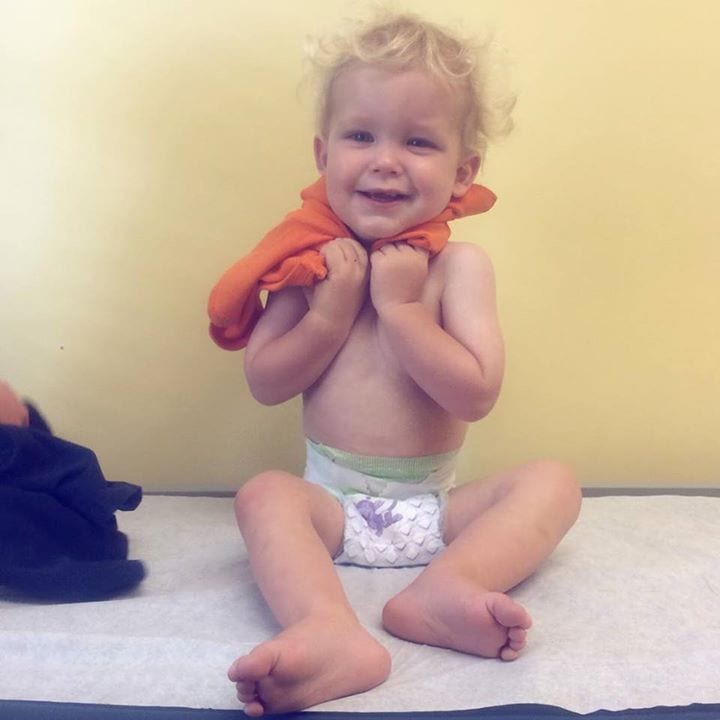 On Monday and Tuesday there wasn’t much change, but it felt like it was too soon to go back in. On Wednesday he finally started crawling, so I put off calling again, but by Thursday I decided that 6 days of not being able to bear weight on his leg was long enough, and we made an appointment.

Honestly, our pediatrician (who we love so much!) was as perplexed as everyone else who had seen him. He has almost full range of motion in his hip and no sign of pain when you manipulate his leg, but at that point (6 days after his injury) he still couldn’t bear weight on his left leg at all.

In fact, while we were there he was trying so hard to climb the stool to the exam table, and he just couldn’t. (But at home he climbed a different step stool when he used his arms to pull himself up by the bar at the top).

A third X-ray (ugh!) confirmed there really is no break in his hip or upper leg, as we’d expect a fracture to show up by that point even in a toddler (where it can sometimes take a few days). Because we weren’t able to find a clear answer and it had been so long, our doctor gave us a referral to UVA Children’s Hospital to see a pediatric orthopedist. 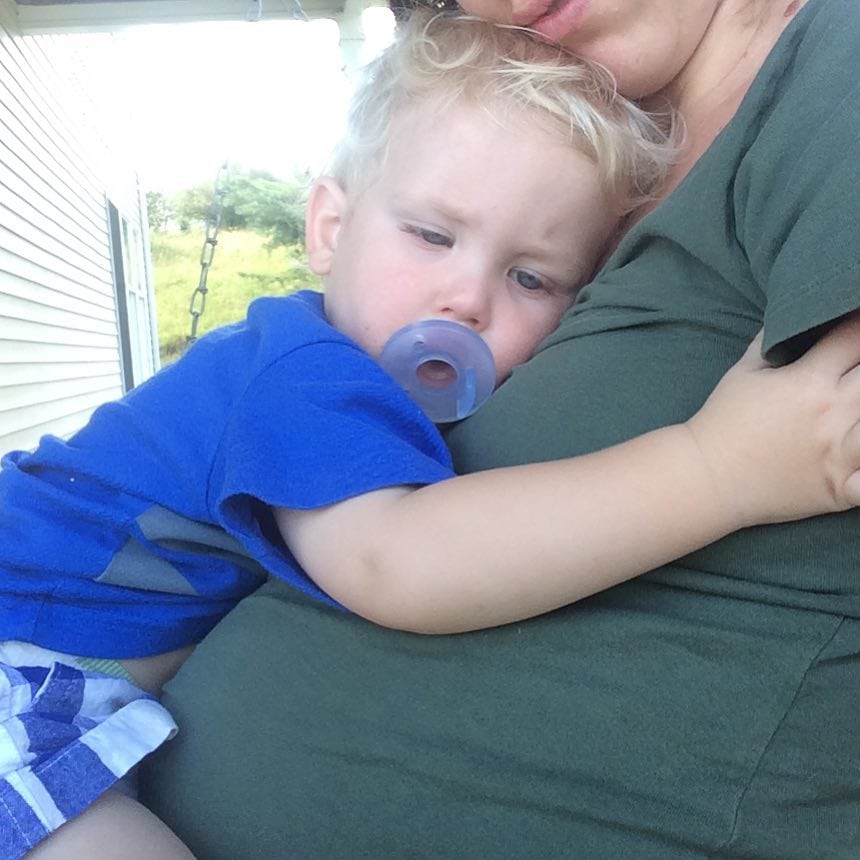 On Saturday, we were excited when he took a few shaky, tentative steps (and honestly feeling like the trip to the specialist might be premature), but later that afternoon he did something while playing that had him crying and whimpering in pain again.

Sunday he once again started taking steps before collapsing on the ground with his leg under him.

And so this afternoon (day 10) we’re heading to UVA. Honestly, more than anything, I’m hoping for clear answers. It’s nerve-wracking not to know what is causing his pain and if trying to walk on it is making it better or worse. And because we saw the effects of atrophy when Sean broke his knee last year, I’m getting more and more nervous every day by his leg’s lack of use.

We’re thankful to have the doctors at UVA available to us (that’s also where we went during his stomach/growth issues) and praying for answers and a quick, easy recovery!

And that’s why I disappeared from the blogosphere for two weeks. 🙂

Need To know all Mothers about En Caul Births

Learning to Ride a Bike the Easy Way