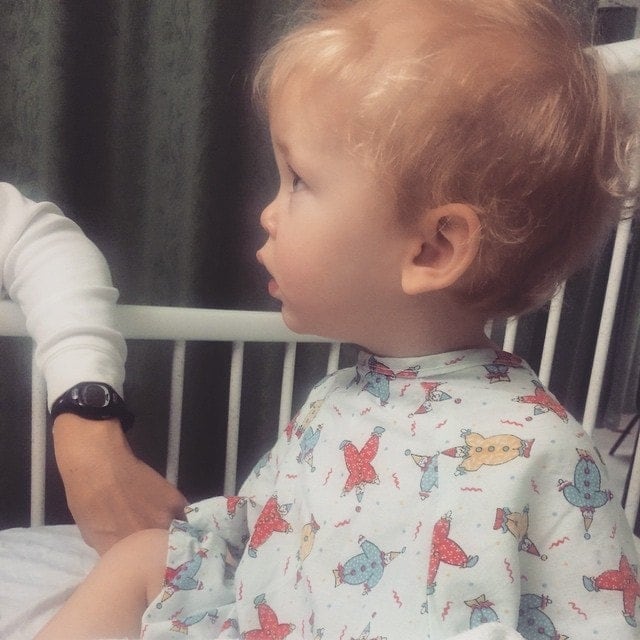 I think there are two things that all mothers can agree on: the horror of the stomach flu and the relentlessness with which mommy guilt pursues us at every turn.

It starts early when well-meaning friends, family and strangers ask us how the baby is sleeping and we sheepishly admit that no, we’re not getting much sleep, let alone sleeping through the night.

From there, the guilt takes different forms depending on the choices we make—some of us feel guilty for staying home with our kids and not providing them the benefits that “they” say daycare and preschool offer. Others of us feel guilty because we’re working, dropping our kids off at daycare even when they cling to us and want to stay home.

Reading together, serving healthy snacks, staying up late to snuggle.

And then there’s the unexpected—an accident and a trip to the ER, an illness, an undiagnosed learning disability.

Guilt, guilt and more guilt at every turn.

I used to think that I was immune to mommy guilt because of my personality. I’m an INTJ, a maverick, a rebel. I am confident in the choices we make as parents, I don’t have trouble saying no, I’m a noncomformist by nature, and I’m generally an optimist.

But, like all moms, the mommy guilt is still there, lurking under the surface and ready to pounce when the opportunity presents itself.

That’s why, when Jackson’s top teeth came in and we suddenly realized with startling clarity that he had a severe upper lip tie—a lip tie that was, in all likelihood, the source of his growth and tummy issues—my first reaction was to feel stupid for missing it earlier, especially because I’d known to look for it.

I realized that, for me, mommy guilt sneaks in not in the decisions we make for our family but in realizing that sometimes I can’t control everything and that sometimes I miss the obvious things. 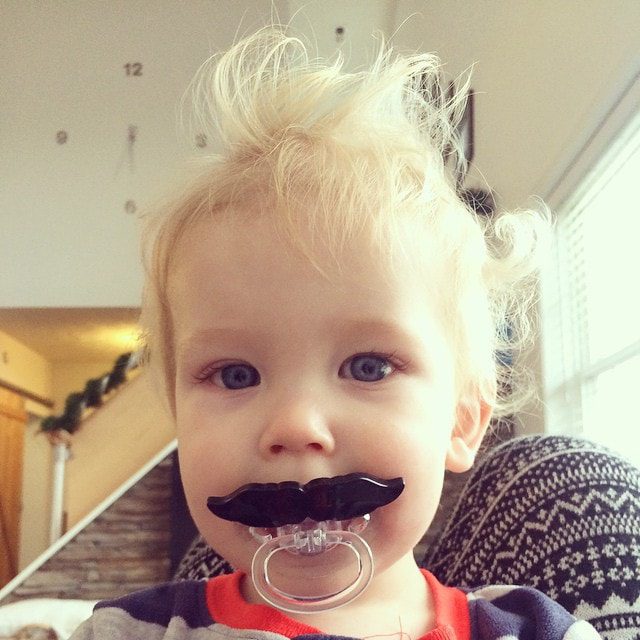 We’ve been dreading the surgery to snip Jackson’s frenulum for months—having had to reschedule it three times in December because he had a fever and a cough from two different viruses—but today was the big day.

I sat with him as they prepped him for surgery, the picture of calm and peacefulness, as I usually am during big things (while I fall apart over things like holes in all the girls’ socks or kids who won’t stay in their beds at bedtime). When I went to meet him in recovery, though, he was disoriented and having trouble waking up, screaming and sobbing as the nurse’s rocked him, and the facade started to crack.

When we got in the car, ready to head home, I burst into tears, an inevitable releasing of the flood gates that follows any big, scary event in our lives.

And here’s the truth: whatever your source of mommy guilt, it’s time for all of us to let go of the guilt. We are imperfect people, and this is a fallen world. It’s impossible for us to remain in control, to think our way out of every situation, to anticipate what the future holds, and to make perfect decisions all of the time.

Sometimes we’ll get it right. And sometimes we’ll get it wrong. And while I do think we have a responsibility as parents to try our very best, to make decisions carefully, and to put our children first, I think most of us need to focus more on cutting ourselves some slack than raising the impossible bar even higher.

Guilt doesn’t help us parent better; it makes it harder for us to make decisions and to follow our gut. It makes us parent from a place of fear rather than one of love. And it steals our joy.

So today I’m letting go of the guilt (although I might still burst into tears when I remember his screaming in the recovery room). I refuse to be guilty or ashamed, to hide my “mistake” out of embarrassment. I’m going to stop beating myself up and celebrate the things we get right as parents and the fact that surgery is now behind us.

That’s the gift I’m giving my children, and myself, today.

Choosing the Right Car for Your Teenager