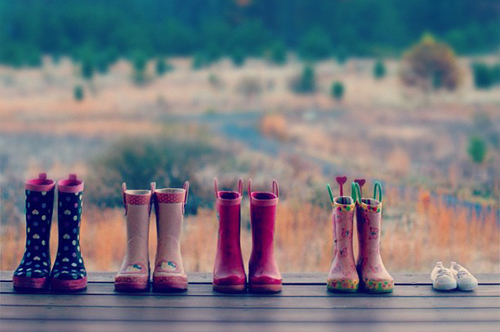 Just before Sean and I left for our 10th anniversary trip to Charleston, South Carolina, we received a gift we had been hoping and praying for…a positive pregnancy test and the knowledge that a new little Ehman would be joining our family next summer.

This obviously wasn’t my first pregnancy (with four beautiful girls and three miscarriages already). Still, I was just as excited as with the first, and while we waited a couple of weeks to announce it publicly, we were too excited to wait any longer to share the news.

Unfortunately, with my history, I knew that miscarriage was a possibility — especially since all of my miscarriages have been in the fall –. Still, I was determined to enjoy every moment of carrying that baby and not worry about the risk of miscarriage.

I’m sure you can tell where this is going, and last weekend — while at Allume in Harrisburg, Pennsylvania, two-and-a-half hours away from home — I miscarried. 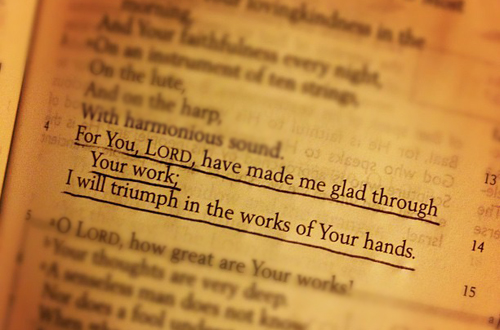 The Emotions of Miscarriage

Honestly, with four miscarriages, I’ve experienced pretty much every emotion under the sun:

With my first pregnancy, I was the first of our friends to get pregnant, and I was shocked when I miscarried. But I also understood the phrase “the peace that surpasses understanding” for the first time as I walked that road.

My third pregnancy was labeled an “inevitable miscarriage” because my cervix was open for two weeks. Still, I just knew in my heart that I was not miscarrying that time, and today that baby is our beautiful 6-year-old daughter.

My fourth pregnancy also ended in miscarriage, and the thing I remember most is the exact moment I realized I was miscarrying — shocked that it was happening again.

My sixth pregnancy was a surprise, and I tested only because I was experiencing symptoms. Still, while the test was unmistakably positive, it wasn’t a dark positive, and I knew right away that it was not a healthy pregnancy. Nonetheless, I was devastated when I miscarried a couple of weeks later, partly because it came during a season of tragedy and partly because three miscarriages just seemed to cross the line from natural to something very wrong. Our fourth daughter was conceived just 10 days after I miscarried, and although we hadn’t planned on trying again, she healed my heart in many ways.

This pregnancy, my eighth, was a lot like the sixth. My positive test was lighter than I would have liked, but I also really believed that God would redeem this season — since all of our fall pregnancies have ended in miscarriage — and that if I trusted him, it would be okay. When I started spotting on Thursday night and bleeding on Friday, I was heartbroken. I cried and cried and cried some more. And I was also a little angry at God. Why let me get pregnant again in the fall just to lose the baby once again? But the women at Allume were so amazing in their prayer and encouragement, and I rediscovered that peace that I knew with my first miscarriage.

As funny as it sounds, I was also really thankful to be surrounded by pregnant women and babies of all ages, like Aimee’s Clara and Stephanie’s Kepler. I know too well how easy it is to feel sensitive around babies after a miscarriage. Still, there was no avoiding them at the conference, and I can honestly say that I enjoyed Clara and Kepler so much throughout the weekend.

I’m glad to have shared our pregnancy with our friends and family because their joy on our behalf was so much fun (we have yet to receive any negative comments about the size of our family from people we know) and also because I truly value their encouragement and prayers in the days since I’ve miscarried. But honestly, a part of me is embarrassed to share that I miscarried again. It’s so common to wait to announce a pregnancy, and I wonder how many people thought that we should have waited past the first trimester to announce it. And also…what in the world is wrong with me that I keep losing our babies? That’s probably not a question we’ll know the answer to this side of heaven, but it does cross my mind from time to time.

We also told our girls as soon as we found out we were pregnant, and that’s not a decision I regret. Our girls know about the other babies we’ve lost, and we celebrate each of their short lives with a special ornament on our Christmas tree.

Because I didn’t know anything about miscarriage before my first — and the fact that this could be a genetic issue that will be passed down to one or more than them — it’s important to me that they understand miscarriage both as a natural (yet heartbreaking) experience and that they get to see how I grieve and process it. Our girls have had a few questions, and our second daughter is especially sad, but they’re okay, and I think the fact that we do talk about it makes it a less devastating experience for them. 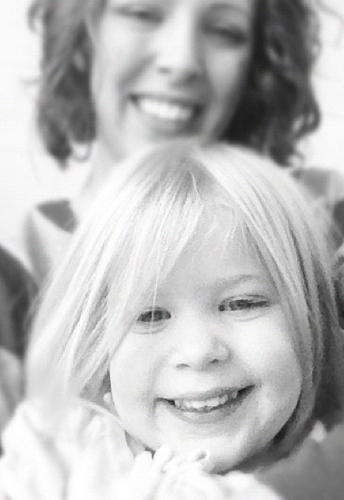 Joy Comes in the Morning

I specifically ordered the words in the title of this post as “grief and joy” rather than “joy and grief” because, for me, there has been joy in the days since my miscarriage.

On Saturday, I rushed home earlier than I originally planned because the girls came down with the stomach flu, and I didn’t want to leave poor Sean alone with them all night. And you know what? I’ve never been happier to see them!

I’m blessed. So very, very blessed, and while I would love nothing more than to know all of my babies, I can’t live in that grief when I’m surrounded by the joy of these four beautiful girls.

There’s no doubt in my mind that — for me — our losses have been easier to deal with both because they’re early in pregnancy (I cannot even fathom the pain of losing a baby farther along in pregnancy because I know how much I bond with my babies as each week passes) and because we already have four other children.

Will there be any more Ehman babies? I can’t honestly say. But I do know that either way, I’ve been blessed beyond measure already, and I’m so thankful for each of my little people!

Because I had already announced the pregnancy on Instagram — and because a few of you saw the original thumbnail on my Weekend Reading post this weekend before I changed it — I wanted to share the news of our miscarriage publicly as well. And also? It helps me to process some of what I’m feeling in writing. Thanks for reading, as I did just that!

First Father’s Day? Here’s How to Make It Special

How to Stop Your Children from Biting Their Nails