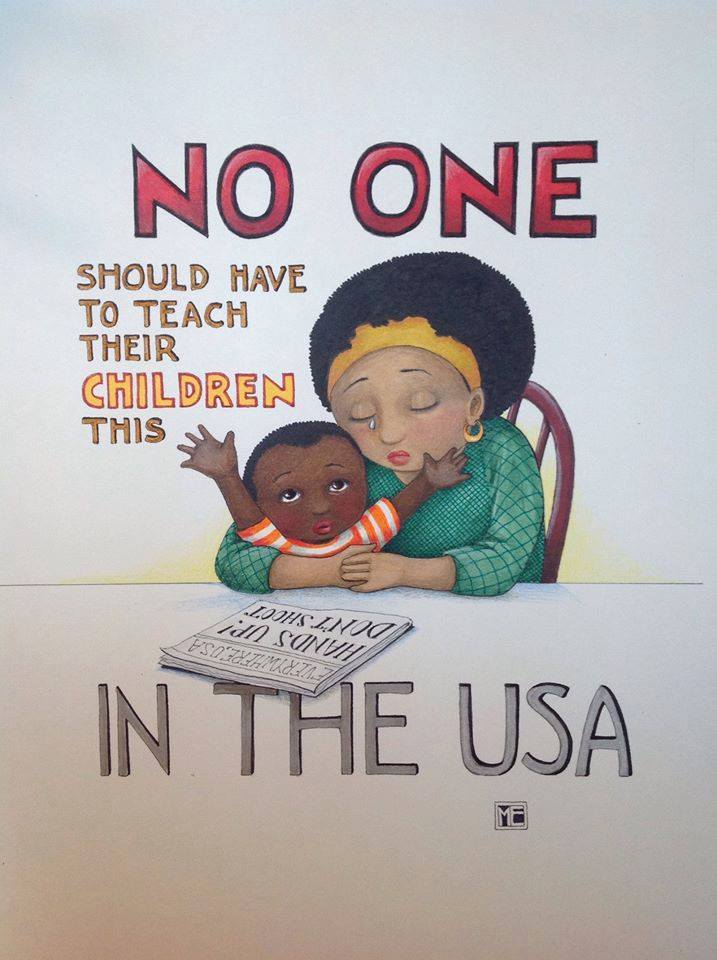 This post is so far out of my comfort zone it’s not even funny. I don’t usually blog about current events at all, opting to let other, better writers address them and then sharing the posts that resonate with me instead. And I’m so afraid I will say the wrong thing or somehow contribute to the problem rather than the solution.

But here’s the thing: this isn’t about sharing my opinion, shouting into my bull horn to be heard or trying to convince you I’m right.

It’s about talking about something because it needs to be talked about, even if my palms are sweaty and I’m afraid of saying something that hurts more than it helps.

In the midst of the ongoing situation on Ferguson, one thought continues to haunt me: Why do “we” (we being white people in general and conservative Christians more specifically) have such a hard time acknowledging that racial disparity still exists?

Forget the news stories for a minute and think about this:

When mothers of black sons — rich mothers and poor mothers, single mothers and married mothers, white mothers and black mothers — feel a desperation to teach their black sons an additional code of conduct beyond politeness and respect and morals, a code of conduct that includes putting their hands up, calling out that they’re unarmed, never wearing a hood, always deferring — because they know that not following these unwritten rules opens their sons up not just for harassment but actually puts them in danger, there is a problem.

It’s a tragedy that it takes the shooting deaths of Trayvon Martin and John Crawford and Michael Brown — whether they’re shown to be legally justified or not — to open up these conversations in the public forum. And it’s even more so that we try to then sweep them under the rug by citing facts about those individual’s behaviors and circumstances. Those facts are relevant to those cases, yes, but that doesn’t change the bigger picture, the underlying issue that leaves the fear and rage simmering just under the surface for an entire race. It doesn’t change the fact that black pastors and black police officers are also sharing their stories, that as much as we wish it wasn’t true, black boys and men are unfairly targeted and harassed for simply being black.

How can we not cry out against that injustice?

But here’s what I really want you to know: talking about prejudice and racism and oppression doesn’t mean that we’re trying to drag down white men. I’m not sure I even understand this straw man argument. This isn’t about throwing white men under the bus; it’s about standing up for our brothers and sisters and fighting for justice — with them and on their behalf. It means we’re crying with our fellow mothers who are scared to death that their sons will be hurt or killed simply because they’re black.

It means acknowledging that studies show over and over that black boys are unfairly judged as being up to no good simply by the way they look. That they’re assumed to be stealing in situations where other people are given the benefit of the doubt, that even kids have learned these prejudices and that people are more likely to assume a black man is armed and dangerous.

It means being willing to talk about it, even when it’s not easy, even when we don’t know the answers.

Because it’s not okay.