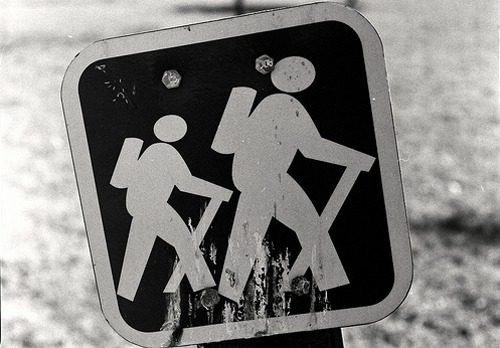 The following guest post is from Mystie Winckler of Simply Convivial:

Did you make a resolution to get more organized this school year? Do you feel like a failure already?

I’ve cycled from organizing binges to circumstance-induced chaos, back to organizing purges and on again to self-discipline failures so many times myself that I’d really rather not think about it. In fact, often I don’t even want to think about another organization binge, because then I know something will bring on the chaos as soon as I’ve made significant progress.

It finally dawned on me as I set out once again on a mission to “organize everything” after my fifth baby was a couple months old that I failed so often because I misunderstood what kind of a project organizing is.

Is organizing like a backpacking adventure: prepare, execute, finish, and earn the identity Hiker? Or is organizing like the hike Christian took in Pilgrim’s Progress? In other words, is it an ongoing walk you persevere in or is it a short-term trip that earns you accolades after it is accomplished?

Getting organized is like a way of walking, and it is like a path you can walk, but it is not like a destination you can reach and get the passport stamp to show off.

It is like swimming. You are either treading water or slowly sinking; progress is getting yourself back to the surface before you drown, not arriving at a destination. However, treading water at least becomes easier the longer you do it. At first it takes concentration and focus and energy simply to stay afloat, but eventually you get into better shape and can breathe evenly again.

However, you never get so good at it that you can stop. Stop, and gravity and entropy will immediately begin pulling you down again.

So start the journey, ready to get fit and stay fit, knowing you can make it over to that path now and repeatedly. Veering off isn’t failing; it’s part of life’s reality. Rough patches will always come, but so will the time to overcome them.

Do you approach organizing as a one-time task or as a lifestyle?

Keep Track of Travel with a Free Printable Itinerary

Space-Saving Tips for a Small Home