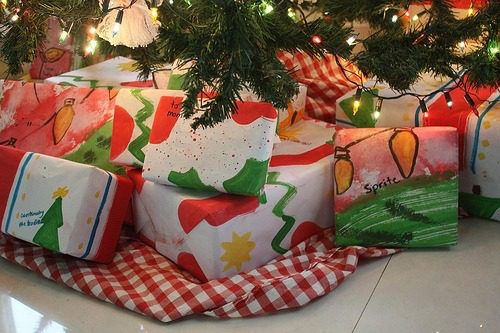 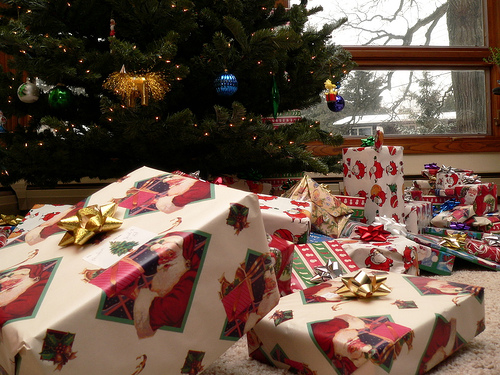 Today is day ten in our two-week Christmas series: Organizing Your Way to a Simple Christmas.

One of the hardest parts of Christmas for me is dealing with the aftermath. Not just taking down decorations but finding a place for all of the new stuff, most notably all of the new toys my girls get.

Last year, they received over 75 presents. Yes, 75. It was ridiculous in the truest sense of the word, and while I know that each person who gave them a gift did so out of love, with 9 sets of grandparents and great-grandparents, it was just too much. As hard as it is, we’ve had to set limits on the number of gifts people give them. You know you’ve reached the point of ridiculousness when you have to plead with your children to finish opening their presents, and that’s exactly what happened. With an additional child this year, we needed to get control of the problem sooner rather than later.

However, just setting limits is not enough. We still need to make room for all of the toys and presents they will receive. Rather than waiting until they’ve opened the new presents and doing it while we’re trying to get our house back in order and recover from all the merry-making, my plan is to declutter the toy room ahead of time.

We try to follow the “one toy in, one toy out” rule, and I always give preference to toy sets rather than individual little knick knacks. I could easily turn into a scrooge about the whole thing — as my husband often reminds me — so we let them each keep a small box of special toys for themselves as well. These boxes are often filled with McDonald’s toys and other random items, the type of thing I purge from the main toy room.

So where do you begin when it’s time to purge? Here are five steps to help you get started:

To proactively deal with toy clutter, try making gift lists ahead of time for each of your children so that when someone asks you for an idea, you’re ready with ideas that you can feel good about.

Another option to consider is non-toy gifts, such as college savings or extracurricular activities. Megan from Sorta Crunchy and Simple Kids shared 10 Clutter-Free Gift Ideas for Kids at The Art Of Simple yesterday, and there are some great options for grandparents on the list.

They key, if you haven’t already guessed, is to make a plan ahead of time for how you want to handle gifts so that you don’t wake up on Christmas morning to 75 presents under the tree!

Today’s task: Begin making a list of gift ideas for each of your children using the Christmas Gift Ideas Printable. Mark a date on your calendar to declutter the toy room.

How do you deal with toy clutter? Do you have a plan for cleaning out your toy room before or after the holidays?

Creating a Summer Schedule That Works