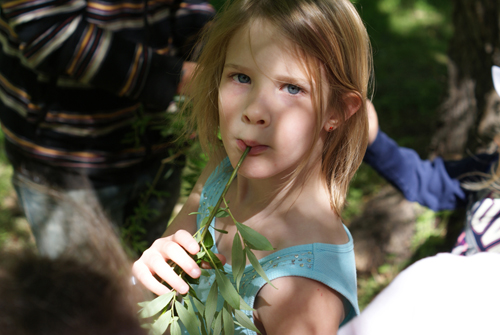 While I’ve talked to many homeschool moms who never imagined themselves as homeschoolers, I’ve pretty much always wanted to homeschool my kids, from the time I was 16 or 17 years old.

I actually grew up in what was quite possibly the best school situation ever.

I attended Montessori Children’s House in Bowie, Maryland, which was run by Anne T. Riley, a devoted and passionate woman who actually studied directly under Maria Montessori. She lived on the school’s 22-acre campus (and opened her home to us regularly), and each classroom was housed in a separate building. I started when I was just two-and-a-half years old and was the first student to graduate from the 8th grade program after attending the school for 12 years.

As you can imagine, during those 12 years I formed incredible relationships with not only my fellow students, but also with the teachers and teachers aids in the five (now 11) classrooms.

It was about as authentic a Montessori experience as you could get, and it was pretty much ideal…I wouldn’t trade a minute of it.

I went on to attend public school for 6 months before we moved halfway through my freshman year and I transferred to a private Christian school, where I stayed for two years before my parents pulled me out because of growing drama with the administration. I finished my high school classes that year through a homeschool correspondence program offered through the University of Nebraska before attending community college and then completing my degree online through the University of Maryland University College.

While I could have easily envisioned giving my kids the same Montessori experience I’d had, I knew it would be hard to replicate as regulations, politics and demands from parents had begun changing even my beloved school. Not to mention the cost of sending 4-5 children (the number I’ve always wanted) to a private school.

The next best thing? Homeschooling. 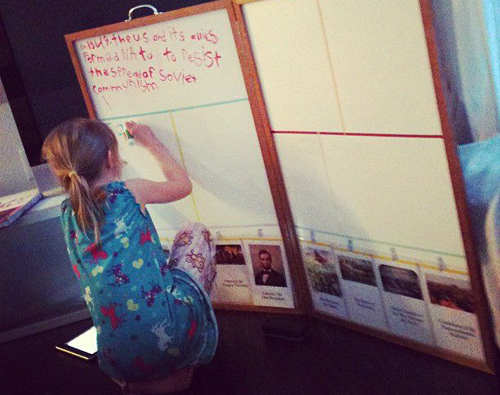 I’ve shared the whys behind our decision to homeschool before, and those are still true.

I believe in rigorous academics, but I also believe that children need a lot of time to play. I love having my kids home, not just with Sean and I, but with each other, where they’re building friendships that we hope will last for a lifetime. And I want to be able to tackle hard topics and introduce them to the wide, wide world around us.

As our girls have grown, I’ve also come to believe that they might not thrive in a classroom setting anyway. Our oldest is exuberantly exuberant, and I can easily see her being labeled as hyperactive or ADHD in a situation where she needed to sit still and be quiet, and our second daughter is naturally timid and shy, although she’s really started to shine after two years in our small homeschool group, where she obviously feels safe and loved.

I love that we’re able to tailor our homeschooling methods to their personalities. Yes, I believe they’ll need to learn to speak to strangers or sit quietly in certain situations, but I want to help them develop those skills without squashing who they are. And exuberant exuberance may not be a great fit in a classroom setting, but I think it will be a pretty great quality as she learns to control and channel it! 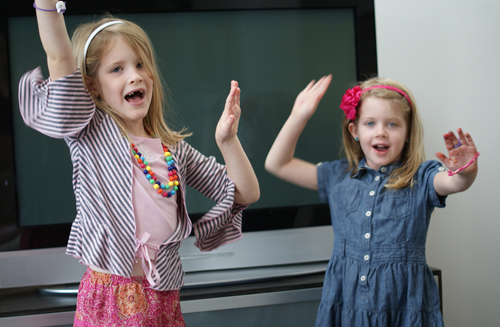 My First Approach to Homeschooling

Since I decided to homeschool before I’d even graduated myself, it’s safe to say that my educational philsophy has evolved over the years.

I ran a home daycare in Utah before having kids, and I began researching preschool curriculum at that time to use with the kids in my care. It was during that research that I discovered — and fell in love with — Sonlight, a literature-based Christian curriculum that doesn’t shy away from the tough issues. I was sure it was the right program for us the moment I saw it, and there are still many things I love about their philosophy and curriculum, although these days I mostly just use their book recommendations and not their instructor’s guides, language arts or science programs.

When the girls were little, I also picked up and read The Well-Trained Mind by Jessie Wise and Susan Wise Bauer. To be honest, I was more than a little intimidated, and although much of what they said did make sense, the bulk of it was overwhelming to me.

At that time, I thought that we would continue to use Sonlight for our studies. After all, how can you go wrong with books, books and more books?

When Peyton was five, we really began to feel lonely and isolated. We’d recently changed churches, and I was working a lot, so we were losing touch with the playgroup/Bible study we’d been part of years before. Peyton was desperate for friends, and I was feeling pretty desperate for some face-to-face friendships myself, so I started researching co-ops and groups in our area again.

That led me to Classical Conversations, which a new friend from church had introduced me to, and to be honest, the moment I sat down with our director and she began describing the program to us, I just knew it was the right thing for us. I often say it resonated in my spirit, which sounds kind of hokey, but I’m not sure how else to describe the sureness that I felt even after that first meeting. 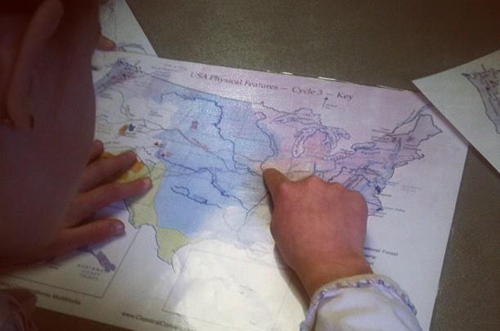 After making the decision to join the CC group (and holding my breath for weeks as we waited for confirmation that there was space for us to join!), I continued to research classical education. The more I read and learned, the more I felt drawn to this philosophy as a whole and not just as part of the CC program.

Although it’s hard to condense the definition of classical education into a short paragraph, here are some of the key tenets that match our personal philosophy as well:

After participating in Classical Conversations for two years, attending a parent practicum and reading Leigh Bortins’ The Core, I picked up The Well-Trained Mind again, and this time it just clicked. I had been homeschooling long enough that the grammar of the book was no longer over my head, and I was able to really picture what it would look like in practice for our family.

I read it again recently, and the third time through really solidified some things in my mind, answering some questions I didn’t even know I had and helping me make some decisions for the upcoming school year that I’m really excited to put into practice. It’s now on my annual reading list so that I can really dive into the grade-level outlines and refocus on some of the things that I know I want to incorporate.

As a side note, I’ve been borrowing copies of The Well-Trained Mind year after year, but Susan graciously gave me my own copy when we were in Williamsburg last month, so now I can actually take notes in the book rather than in a separate notebook like I’ve done in the past!

To be clear, while I do consider us classical homeschoolers, I’m also drawn toward the unschooling philosophy, but I’ve realized that the two are not mutually exclusive. I can offer my children a rigorous education, focusing on memorization of facts at this early age and requiring certain things from them, while also leaving them plenty of time to explore and discover the world around them and providing the tools they need to dig deeper on the things that catch their attention.

This poem, which we memorized as part of our language arts program this year, pretty sums up the way we try to approach homeschooling, with both a rigorous and systematic education and plenty of time to play and dream:

Work while you work.
Play while you play;
This is the way
To be happy each day.
All that you do,
Do with your might;
Things done by halves
Are never done right. 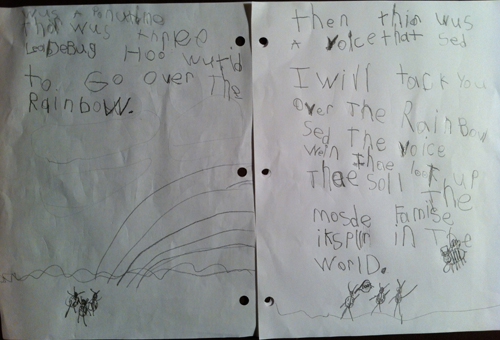 Our Plan for the Future

Although we feel very settled in our homeschool philosophy and our plan to continue with CC throughout high school, I’m not naive enough to think that it won’t continue to evolve over time.

That said, while I won’t say that our kids won’t ever attend a public or private school, we are committed to homeschooling through high school. We don’t take the decision to homeschool year by year — it’s a lifestyle commitment for us — but neither are we offended when other people choose to send their kids to school for whatever their reasons may be.

Because of where we live — in the boonies in a poor school district — our school options are limited, which definitely makes it easier to say that we’re in this until the end. Classical Conversations also offers a pretty outstanding program for 7th-12th grade, called Challenge, and it’s been really encouraging to watch the kids in our homeschool group mature as they go through the program, which makes the idea of homeschooling until the end less intimidating as well.

That’s our story and where we’re coming from as homeschoolers. How about you? How do you define your educational philosophy? How do you approach homeschooling?

Where Do You Homeschool?

Homeschooling Your Way: Preparing for the Future