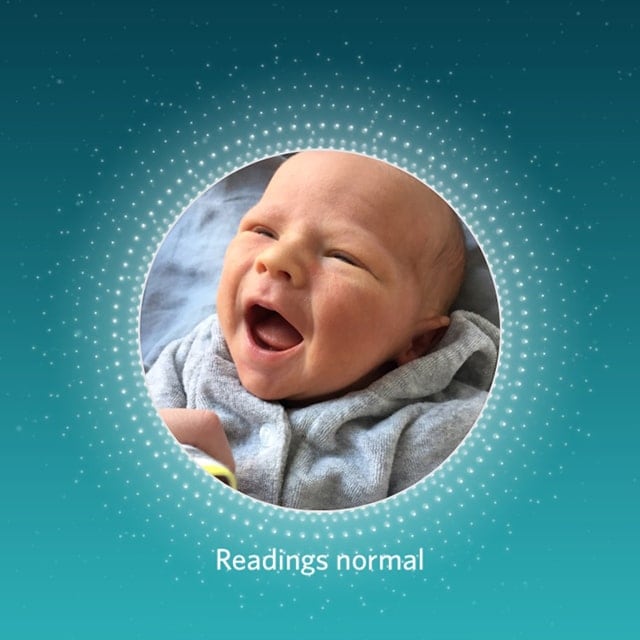 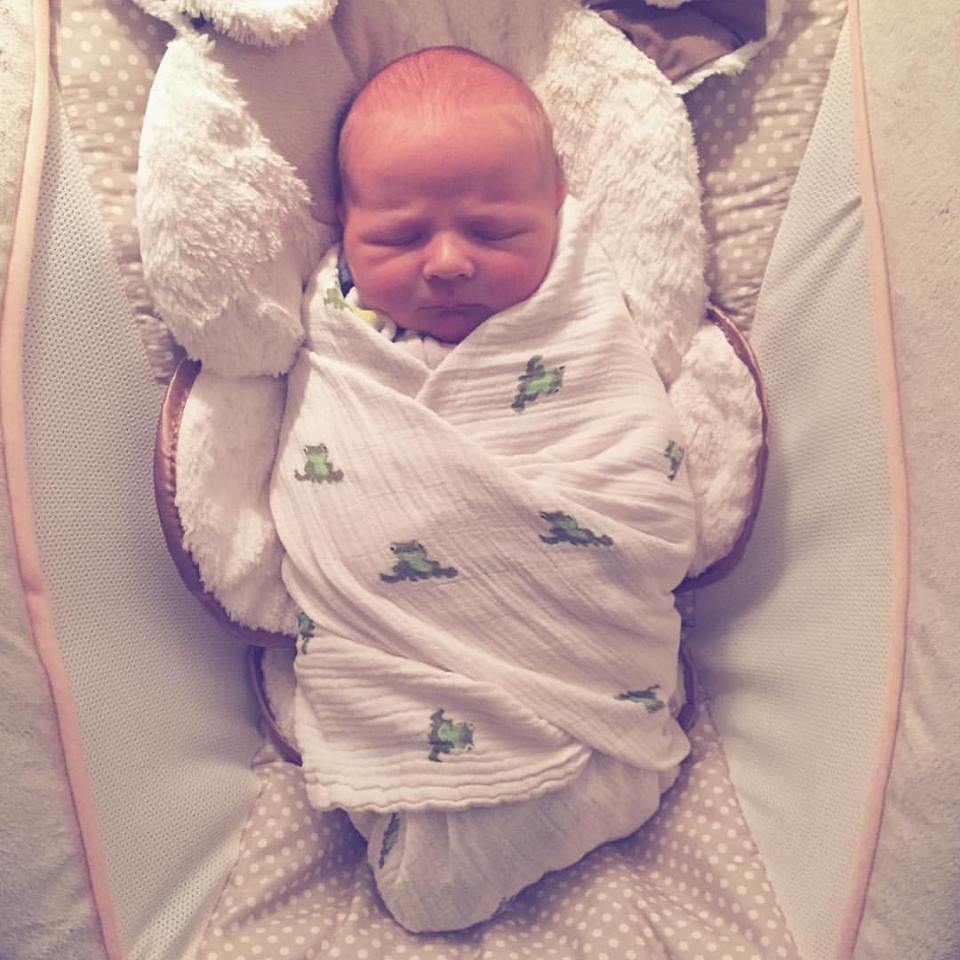 We’ve all done it: Our new baby sleeps longer or more soundly than we expect, and we wake with a start, racing to check on them, afraid of the worst. Only after we see their little chests rise and fall or feel their breath on the back of our hand does our heartrate slow enough for us to appreciate the sound sleep we were able to get.

I knew when I was pregnant with our oldest that this was going to be me as a mom. I couldn’t even imagine how I would be able to lay my baby down in her crib and then go to sleep. Who would watch over her while I slept?!

At the time, the Angel Care movement monitor was just coming onto the market, and it became our must-have baby item. To be clear, movement monitors don’t prevent the worst from happening, but they do let you sleep soundly, knowing that if something goes terribly wrong, the alarm will wake you up. For me, that peace of mind made a huge difference in the rest I did get with a newborn.

We used Angel Care monitors for all four of our girls. The downside was the number of false alarms that would wake us up when the baby wiggled too far away from the pad, but the peace of mind was worth those false alarms. 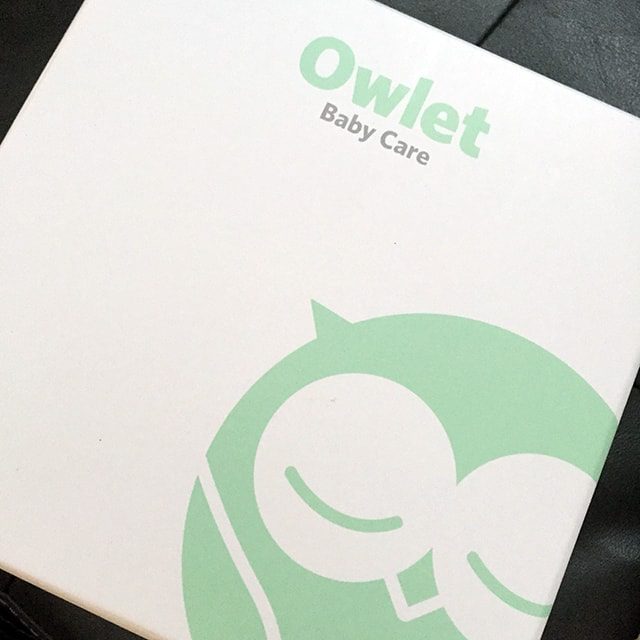 A week before Lucas was born, I stumbled across the Owlet Smart Sock monitor on Facebook. This tiny monitor is an amazing bit of technology. It slips inside a sock on baby’s left foot and monitors both heart rate and oxygen saturation. An alarm sounds if either varies outside of normal ranges.

I won’t lie—one of the benefits of being a blogger is getting the chance to review cool new products, and I was excited when Owlet agreed to send me one of their Smart Sock systems in exchange for my honest opinion.

The monitor arrived when Lucas was 3 days old. It took us a few days to set it up, but we’ve been using it ever since, and I would recommend it for any parent who worries that they won’t be able to sleep while worrying about their newborn or infant. 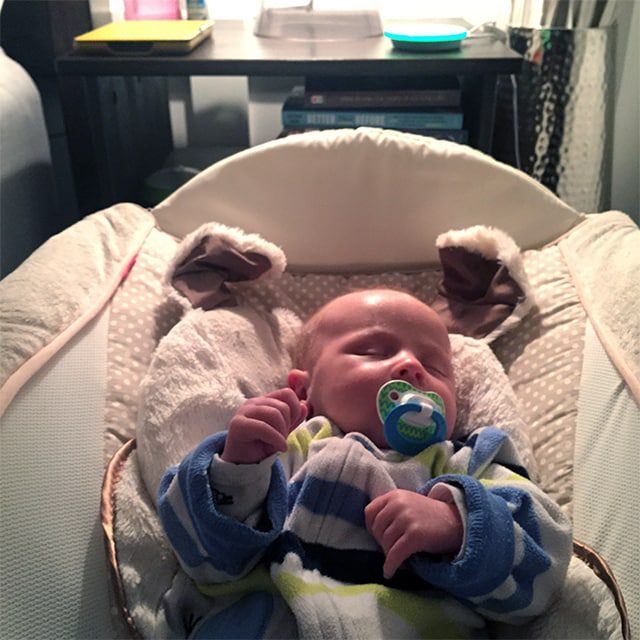 Before I tell you why I love it so much, let me share a couple downsides…

1. In my sleep deprived state, the initial set up felt overwhelming.

The monitor works with an iOS app that gives you more information about baby’s heart rate and oxygen levels as well as details on any alarms that sound, but in order to set it up, you have to walk through a few WiFi syncing steps. I meant to do this for the first few days but would forget until bedtime and then be too tired to figure it out. I think I could have used the monitor without the WiFi, but I couldn’t figure that out either.

{Taking the time to set it up before baby arrives would eliminate this issue.}

The first few times we tried it, the Smart Sock would slip off in the middle of the night, leading to false alarms.

It took me a few tries to figure out how tight the velcro straps on the newborn sock needed to be, but this hasn’t happened since I figured it out.

{Trying out the sock during the day would eliminate this issue.} 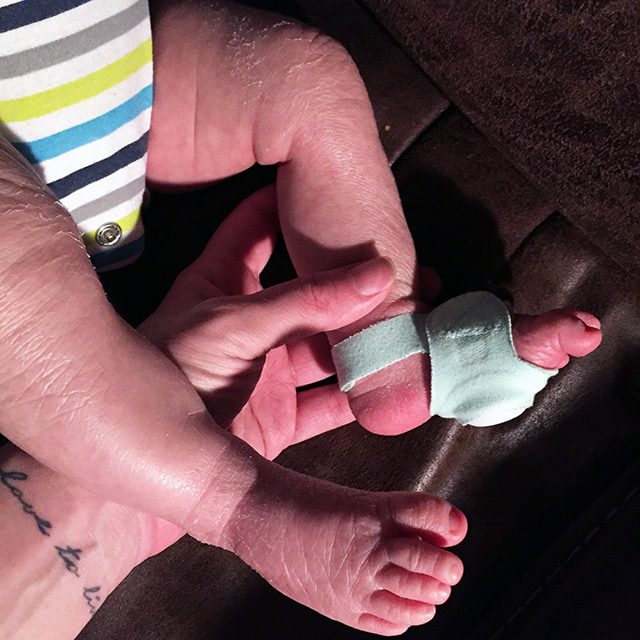 If I don’t put the Smart Sock on him before he falls asleep, I risk waking him up to put it on before bed.

He doesn’t like when I mess with his feet, so trying to get it on those first few nights was a little tricky. The few nights I forgot, I hated waking him up to put it on.

{Now that we’re in a routine, I slip it on before his last feeding and we don’t run into this anymore.}

The Smart Sock has to be charged each night.

I didn’t realize that the sock stays “on” when you slip it off baby’s foot, and the battery died one of the first days we were using it, so I had to charge it during the first part of the night. Most mornings, we move out to the couch when he wakes up, and I slip the sock off during his first diaper change. At some point during the day I remember to have one of the girls plug it into the base station so it will be ready for bedtime.

{The sock charges really fast, so even when I don’t get it on until dinner time, it’s ready by the time I need it.}

As of that said, the pros outweigh the cons…

On a daily basis, the monitor is easy to us.

That means when the sock slips off Lucas’ foot or something blocks the signal, it plays a happy little tune to alert us without giving us a panic attack in the process. The base station turns yellow or blue (depending on the issue) as well. The “something is wrong” alarm, on the other hand, sounds like an alarm, and the base station turns red, so there’s really no mixing up the different alarms. 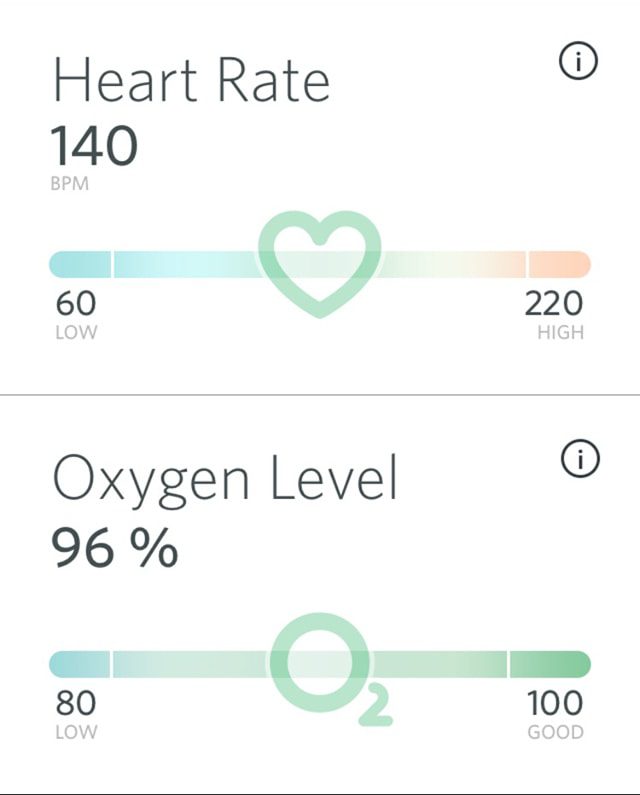 That means I can see exactly what his oxygen levels and heart rate are. Now, I’m not really tempted to stare at this, but after the “high heart rate” alarm sounded once around two weeks old, I was thankful to be able to watch the heart rate monitor for a few minutes afterward to see that it had returned to normal. (The alarm sounded twice more about a week later, and I was planning to talk to his pediatrician about it, but we haven’t had any additional alarms since then.)

The “normal” levels are broad to prevent false alarms.

It’s important to note that this monitor should not be used in place of prescribed medical devices. The normal heart rates and oxygen levels are fairly broad based on a healthy baby and may not sound as soon as needed for a more fragile baby. But this does prevent a lot of false alarms so that it’s not going off with normal fluctuations in those numbers.

Overall, I would highly recommend this monitor to anyone who is expecting; it’s given me just the peace of mind I hoped for!

Building an Ecommerce App for Your Business, What You Need to Know

Life in the Backseat #SubaruBackseat