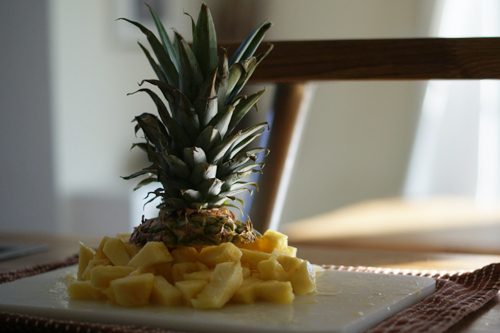 Pineapple is one of our very favorite fruits, and we go through at least one a week.

For a long time, I was intimidated by the idea of cutting a pineapple, so I stuck with canned, but it’s actually really easy.

They offer special pineapple cutting tools, but they’re unnecessary. Here’s how I do it with a knife and apple corer (you could do it without the apple corer, but since I have one, I use it!): 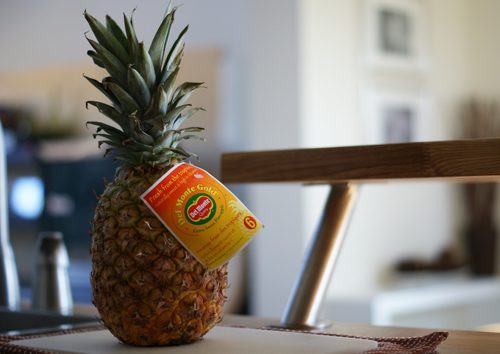 Start with a fresh pineapple. This one was actually slightly overripe because it took me a few days to get to it after we brought it home. A ripe pineapple will smell ripe and have a golden tint. 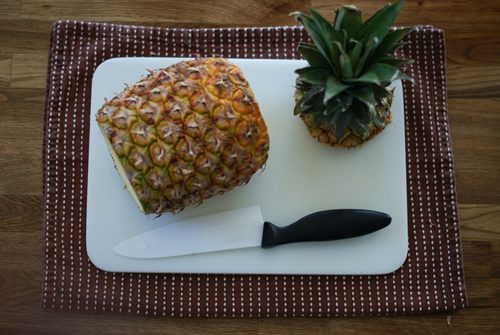 Cut off the crown and the base. 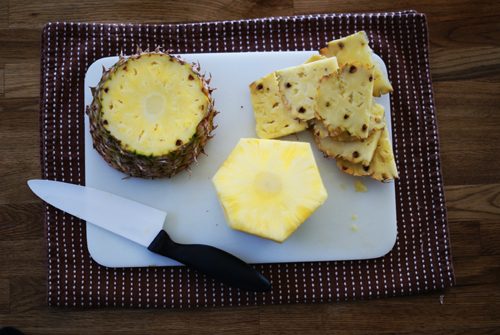 Cut the pineapple in half and begin slicing around the edge to remove the skin. A Dominican friend of mine once told me that the brown spots cause cold sores. I have no idea if that’s scientifically proven or not, but I figure Dominican’s know their pineapples, so I don’t take any chances. 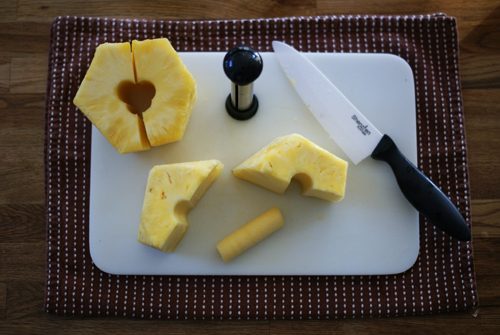 Next, push the apple corer through the round base (oops, I forgot to take a picture of that step!). In my experience, the pineapple holds onto the corer pretty tightly, so I usually just slice the base in half and the core falls right out. Then cut each half into slices. For the bottom half, where the core is thicker, it sometimes takes two or three times to remove all of the core, which is hard and inedible.

If you don’t have an apple corer, simply slice your round pineapple into slices and then core each slice with the knife, just like you’d do apple slices. 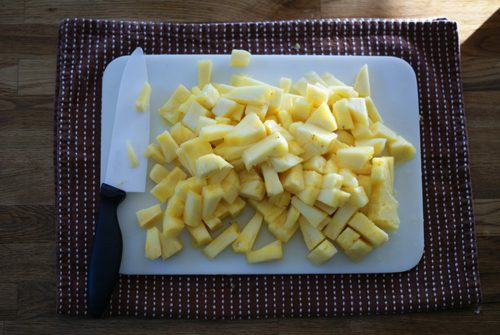 Cut the pineapple slices into chunks, and you’re done!

How do you cut a pineapple?

Making a Plan Now for Your Garden Harvest

How to Write Your Own Recipe

Join Me for an ALDI Holiday Twitter Party {With a Twist!} 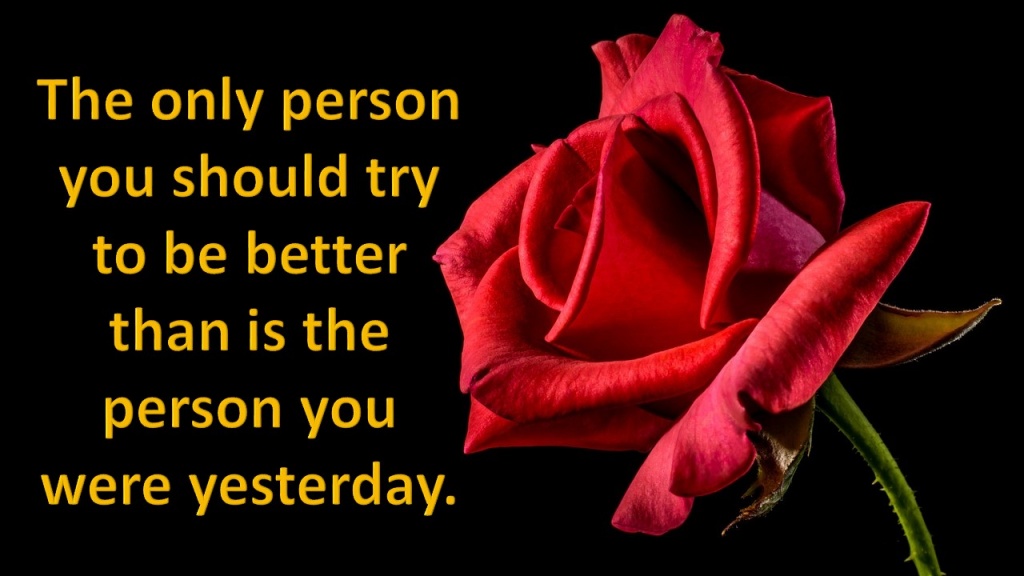