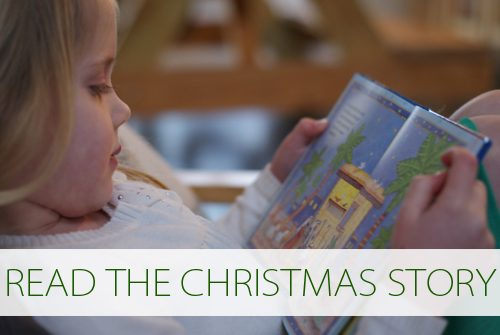 
This post might look familiar, and it’s true that we run it every year, but I think it’s important enough to repeat as part of our annual series:

Sometime tomorrow — whether it’s first thing in the morning or later in the evening, gathered around the tree or cuddling on the couch, while eating breakfast or getting ready for bed — I encourage you to take some time to read the Christmas story together as a family.

And with that, we come to the end of our 101 Days of Christmas projects; our last post on the 26th will be about packing up the decorations after the holidays!

101 Days of Christmas: Unwrap a Book Every Day