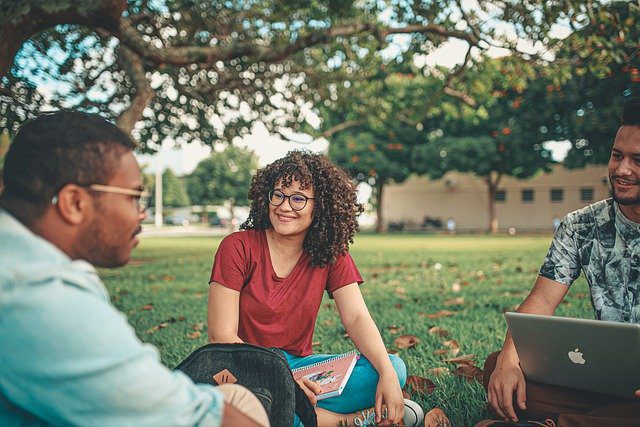 Image by Naassom Azevedo from Pixabay

New research has found the University of Dundee to be the cheapest university for students in the UK. International education provider Oxford Royale analyzed cities on the Complete University Guide’s (CUG) top 40 universities to determine which location is the cheapest place to live and study.

Using data from Expatistan, the survey focused on a list of factors, such as the average price of beer, cocktails, and fast food in each city. The survey also looked at the average taxi fare and the average cost to rent a shared flat with a shared bathroom in each city.

Based on the various factors in the survey, the average weekly cost for a student at the University of Dundee is £157. A taxi fare in Dundee costs £10, while rent for a shared flat costs a weekly average of £106. Fast food in Dundee also costs £10.54 on average per week. Combined with a weekly average of £9.24 for beer and £21 for cocktails, these costs are some of the cheapest in the country.

Students in Dundee can save £145 per week compared to students’ pay in London, which is the most expensive city to study in. Rent costs a weekly average of £211 for a shared flat in the capital city, nearly double the Dundee cost.

One of the joint second-cheapest universities to study in the UK is Newcastle University. A university student in Newcastle can expect to pay an average of £101 per week on rent for a shared flat. Other weekly costs include £13.26 for beer and £24 for cocktails. A taxi fare costs an average of £11, slightly cheaper than the £11.88 weekly average cost for fast food in the northern city.

The cost of living for the average student can sometimes impact their decisions surrounding their higher education.

Most UK students are assisted with their living costs through the maintenance loan that they are given each year of study. Eligible students are also given a tuition loan to help with their annual tuition fees. However, international students aren’t given loans, so they might look to study at some of the cheapest universities in the UK.

Students at the University of Leicester have an average weekly spend of £176, making it the seventh cheapest city to study in the UK. The average cost of a beer in the city is £9.09, the lowest price of any city on the list. However, the average cost of weekly cocktails is £30, which is significantly more expensive than the other nine cities in the ranking. Weekly rent costs an average of £114, and a taxi fare costs approximately £11 in Leicester.

The table below shows a breakdown of the average costs of a student in the cheapest cities to study and live in. Annual costs for all of these cities average to under £9,000. The average annual cost of living in London, the most expensive university city to study, is nearly £14,500. 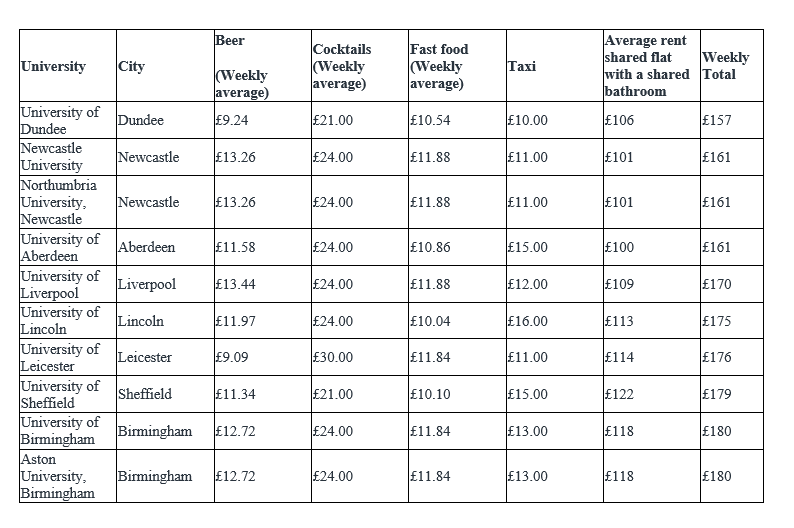 Monthly rent can dramatically impact students’ living costs in the UK, which is why Oxford is one of the most expensive places to study in the UK. The city has previously been named the least affordable place to live in the country, with students paying a weekly average of £234 on rent, alcohol, and fast food.

William Humphreys, CEO & Founder, Oxford Royale Academy (ORA), commented on the findings: “There is no doubt that students are always looking to save money living on a budget so it’s great to see that there are many areas in the UK where people at university can have a good time without breaking the bank. With rising student costs nationwide, it’s more important than ever for students to know how to manage their money, and this list can offer some guidance and insight into where their loan will stretch further”.

Where to learn cybersecurity?

What are the Benefits of Ability Grouping in Educational Settings?