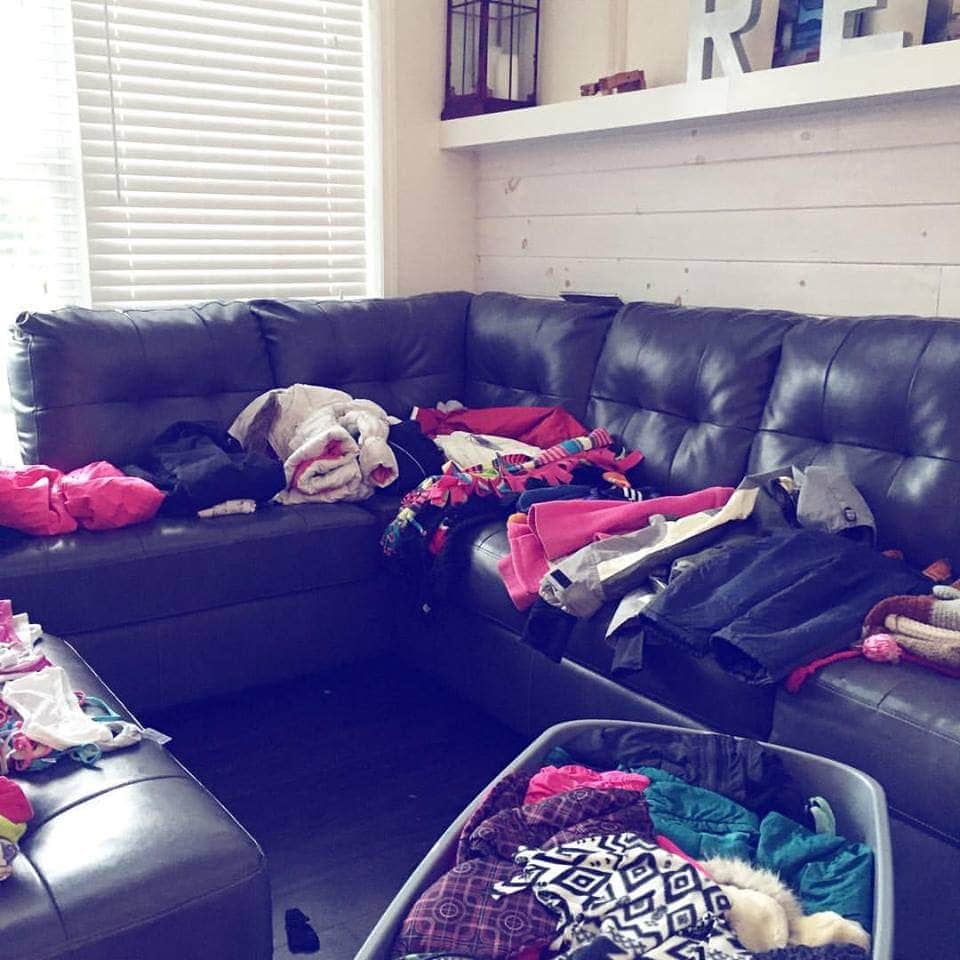 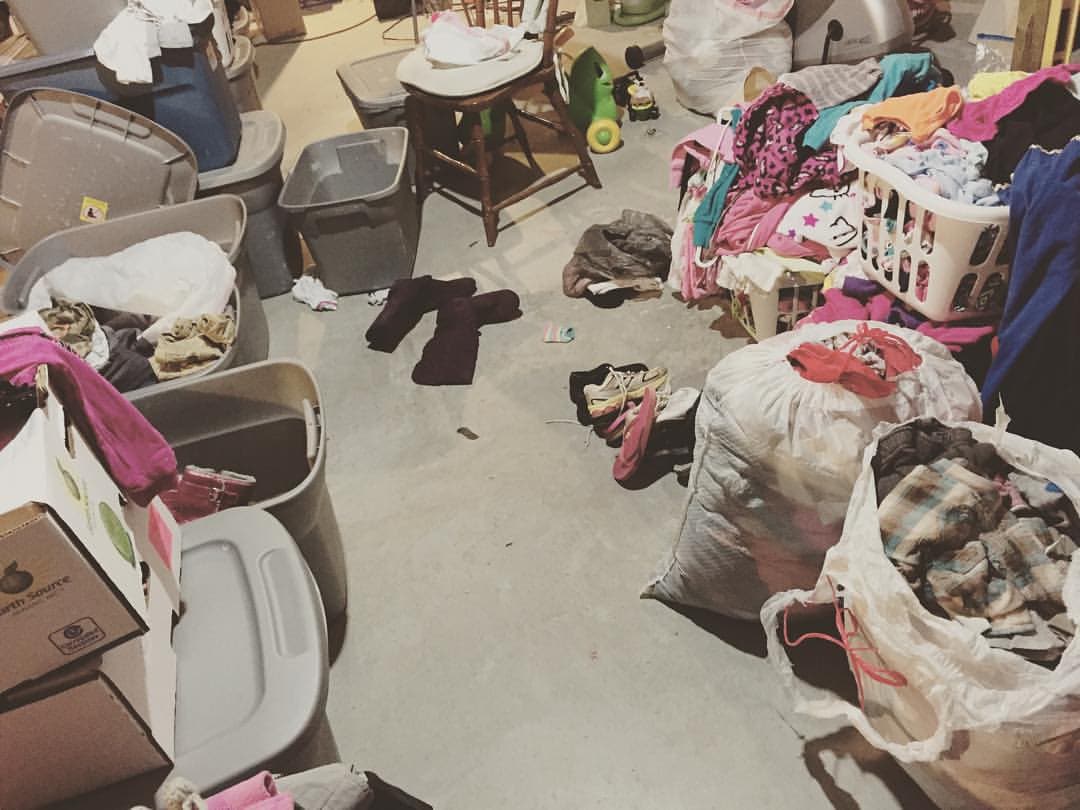 Ah, it’s that time of year—time to rotate seasonal clothes!

Several years ago I wrote the ultimate guide to rotating seasonal wardrobes, and at that time (with 4 girls under 7), my system worked almost perfectly. As they’ve gotten older, though, we’ve run into issues that made it obvious that things needed to change:

On top of the challenges of having a larger family and older kids, the last year had done a number on my storage system:

After spending several hours each weekend for the past few weeks sorting through everything, we’re back to a system I can feel good about, even if it won’t ever be as simple as it was when they were little.

For me, that meant first sorting every single bit of clothing (their current wardrobes, hand-me-downs, random piles of clothes…all of it!) into the correct size bin. As I was sorting, I also filled several trash bags with items that were ratty and worn and several giveaway bags with things that were too small or no one was interested in wearing.

Then I had the girls come down one by one and we sorted through their sizes again, item by item, identifying the clothes they would actually wear and putting them in individual laundry baskets for temporary holding. I had them try on various pants to make sure we got the sizes right for their bottoms, and I’d sometimes ask them if they were sure they’d wear an item or just saying yes because they liked the idea of it. (My rule is that if they choose it for their dresser, I reserve the right to require them to wear it, which helps them make better choices about what they actually want to wear.)

After we got through everybody’s box, we did one last load of laundry and sorted those clothes into the laundry baskets as well.

And then we went through everything one more time and counted how much of each type of clothing they had. Although I try not to be too rigid about it, my general goal was for each of them to have:

We added the extras back to the appropriate bin and made notes about any items we needed to buy, a list that was thankfully much smaller than it had been in the spring.

Then they each took their pile up to their dresser, and we were done! 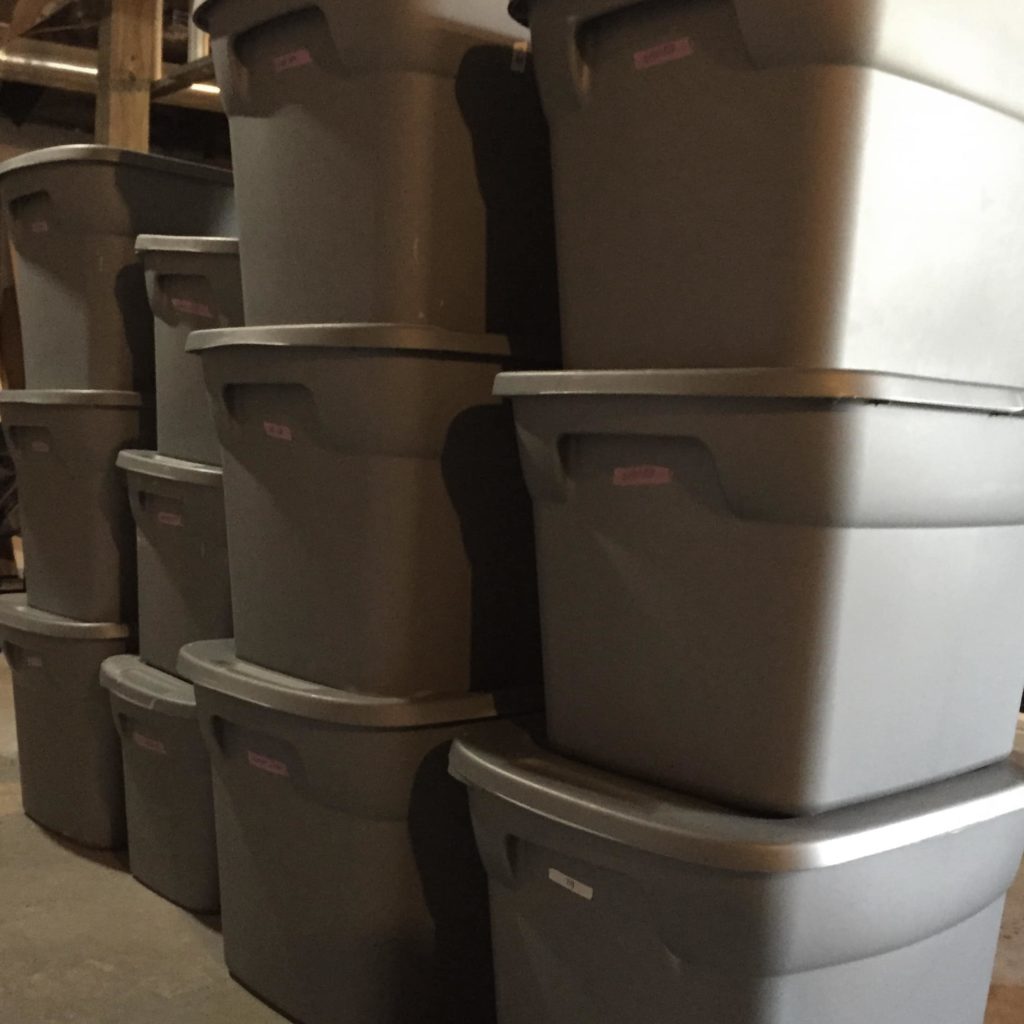 Yes, I wish the boxes were all the same sizes, but we’ve accumulated various sizes over the years, and I just can’t bring myself to spend money replacing them just so they’ll match!

Does it take longer to give them choices when it comes to what they want to wear? Of course it does. But I just can’t see forcing my kids to wear clothes that they’re not comfortable or confident in, and taking the time to make sure they have clothes that they like (and enough of them!) means less struggles and tears when they need to get dressed. (As a bonus, they also fight me less on the rare occasion when I do pull a dictatorship and tell them what they’re going to wear for holidays, pictures and special occasions!)

Giving them choices does mean, however, that we keep more in storage. That means enough of each size for our middle daughters to both get a full wardrobe out of it and a variety of styles so they can each choose the clothes they want. Keeping enough also means that I don’t keep ratty clothes longer than I should just because I’m worried about the expense of replacing them, and it felt surprisingly good to get rid of things that probably should have been tossed last year.

For us, it’s a system that works, and I’m looking forward to it being slightly easier in the spring now that all of our bins are back in order!

3 Paths to a Peaceful Home

Work At Home Moms: An Interview with Tsh Oxenreider