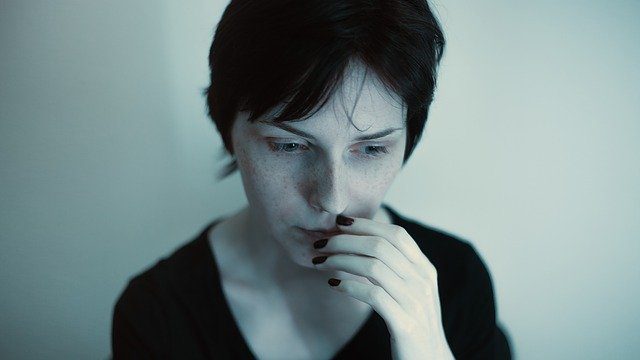 Image by Khusen Rustamov from Pixabay

When many people think of someone with obsessive-compulsive disorder (OCD), they likely envision someone excessively washing their hands or re-arranging things in a particular order. There is not widespread knowledge about the many other ways OCD can manifest. This article will discuss one particular subtype of OCD known as scrupulosity, how it commonly presents, and how OCD treatment can help individuals improve their mental health and quality of life.

For more articles and information about morality, visit BetterHelp.

The Basics of OCD

Obsessive-compulsive disorder (OCD) is a mental disorder characterized by the presence of unwanted thoughts, urges, or mental images (called obsessions), which then lead to engaging in repetitive behaviors (called compulsions) in an attempt to neutralize feelings of anxiety and distress.

Intrusive thoughts tend to latch on to what an individual cares about the most; therefore, the content of obsessions and compulsions varies significantly from person to person. Some forms that OCD may take include harm OCD, relationship OCD, “just right” OCD, contamination OCD, pedophilia OCD, unwanted sexual thoughts OCD, and health OCD. Many of these subtypes are not openly discussed, particularly when the content area is considered taboo.

What is Scrupulosity OCD?

One specific subtype of OCD is Scrupulosity. This is when an individual experiences intrusive thoughts around violating a religious, moral, or ethical belief. These thoughts cause a significant amount of distress, leading individuals to engage in compulsive behavior to reduce their anxiety. While doing this alleviates some discomfort temporarily, it is not long before another unwanted thought enters, fueling an ongoing cycle of doubt, guilt, and inner turmoil. It is common for individuals with this type of OCD to question their identity as a moral person or believer in their specific faith.

A person with Scrupulosity OCD may experience ongoing intrusive thoughts related to fears about committing a sin, accidentally offending God or someone else, praying incorrectly, being a ‘bad person,’ and concerns about going to hell. The distress about potentially breaking their moral or religious code then leads to compulsive behaviors, which may include excessive praying, confessing sin, and/or asking for reassurance from a religious figure or other people. It is important to note that many compulsions, such as ruminating about a certain event or performing prayer rituals occur mentally and are not visible to others.

As is true for all types of OCD, exposure and response prevention (ERP) has been found to be an effective treatment. The goal of ERP is for an individual to gradually expose themselves to situations that spur obsessive thoughts and to refrain from engaging in compulsions. An individual learns that they can tolerate the discomfort around uncertainty, which leads to decreased anxiety over time.

If you believe that you may be experiencing warning signs of scrupulosity OCD; or obsessions and compulsions related to any type of content interfering with your daily functioning, consider reaching out for help with a mental health professional. Treatment is available that helps individuals with OCD live meaningful lives aligned with their values instead of defined by fear.

The Main Ingredients of Prenatal Vitamins