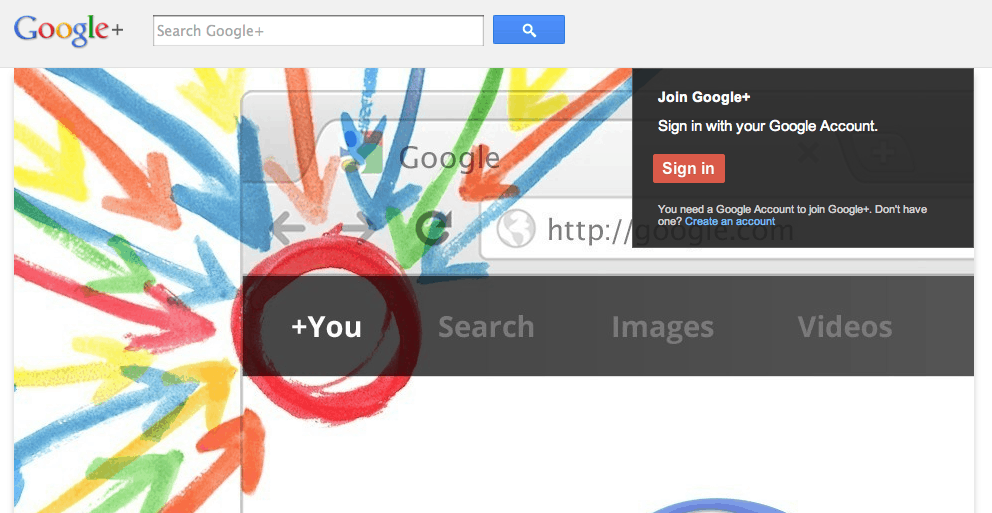 The following post is from James of Google+ Tutorials:

As many of you know, I primarily blog on a blog that I co-founded called GPlusTuts. From that you might gather that I am quite passionate about Google+.

Actually I have been passionate about Google+ for quite a while now, from the moment it was released in fact, as I did and still do truly believe that Google is finally going to crack the social network market.

Well, Google+ is gathering momentum and attracting crazy amounts of new users every single day and although I have been on Google+ right from the very beginning, it’s only recently I have realized it’s true potential when it comes to sharing (and finding) great content.

You see, Google+’s main user base right now is enthusiastic people who are excited about the new social network, want to see it flourish and are spending large amounts of time consuming and sharing great content. If you are someone who puts out great content on your blog, does this seem to you that there might be a decent opportunity here?

Here are the steps that I would recommend taking to get involved with Google+ and get your content out there.

Get Your Profile Set Up

If you haven’t already, join Google+, once you are there make sure that you have a good quality profile. Upload a nice picture of yourself, give a succinct explanation of who you are, what you are about and the sorts of things you are going to be posting about. This will make a big difference when it comes to people deciding whether to circle you or not! Who wants to follow someone who can’t be bothered to fill in their profile, right?

It is most likely that you already know some people that are on Google+ already, which is great. The more people you can reach the better though, and there are ways that you can make connections with a lot of people who are relevant to your interests very quickly. My friend and co-founder of GPlusTuts, Dustin Stout, has developed a process called the “Gather, Rinse and Repeat” for making new and valuable connections on Google+.

I have been using it for the last week, and the amount of people who have circled me has tripled. Plus, I have as a result ended up circling a load of new people who are posting some amazing stuff that is of interest to me. Daily I go on to Google+ and get to interact with new friends and get constantly inspired to write new content to my blog by what other people are posting. It truly is a win-win situation!

What?! That’s right, you heard me! Stop posting from Twitter!

A short while ago I discovered a little tool from the guys at ManageFlitter which allows you to send all public posts on Google+ from Twitter also. Since then,  I have pretty much posted everything from Google+ and duplicated to Twitter. This saves me time, but also means that I might get some extra traffic to my Google+ profile from Twitter users – as longer posts get shortened for Twitter with a link for the full post on Google+.

This step is by no means necessary but if it’s something you will find handy – check out my tutorial on how to use the ManageFlitter tool on GPlusTuts.

Great content spreads like wildfire on Google+. So,  make sure that you post some awesome stuff. Obviously, you can post links to your blog posts, but why not post some other, perhaps shorter, insights throughout the day? You can either share these publicly or to relevant, targeted circles who you know are going to appreciate the topic of the content you are putting out.

Personally, I am currently running an experiment by blogging about my weight loss journey purely through YouTube and Google+. Some people might see this as strange, but why not? Google allows the flexibility to post long posts with formatting to an extent, photos, video, etc – what more could you want? Plus, Google+ posts show up in Google search results, and from what I have seen they seem to rate really well. Don’t miss out – experiment today!

Realize The Power of +1’s

Google is getting serious about using Google+ data for general Google search. Heck, they recently released a feature which literally fuses the two together.

I highly recommend that you get a Google +1 button (which is Google’s answer to Facebook Like) on your blog ASAP! There are various plugins around – or you can get code directly from Google.

I hope that that gives you some helpful tips to get started and be as effective as you can be on Google+. I really think that it is a great social network for bloggers to interact with their communities, share great content, find great content, and forge valuable relationships.

Where are you at? Do you use Google+ already? Are you planning on using it? What are your feelings about Google+?

Using Advertising as a Revenue Stream on Your Blog