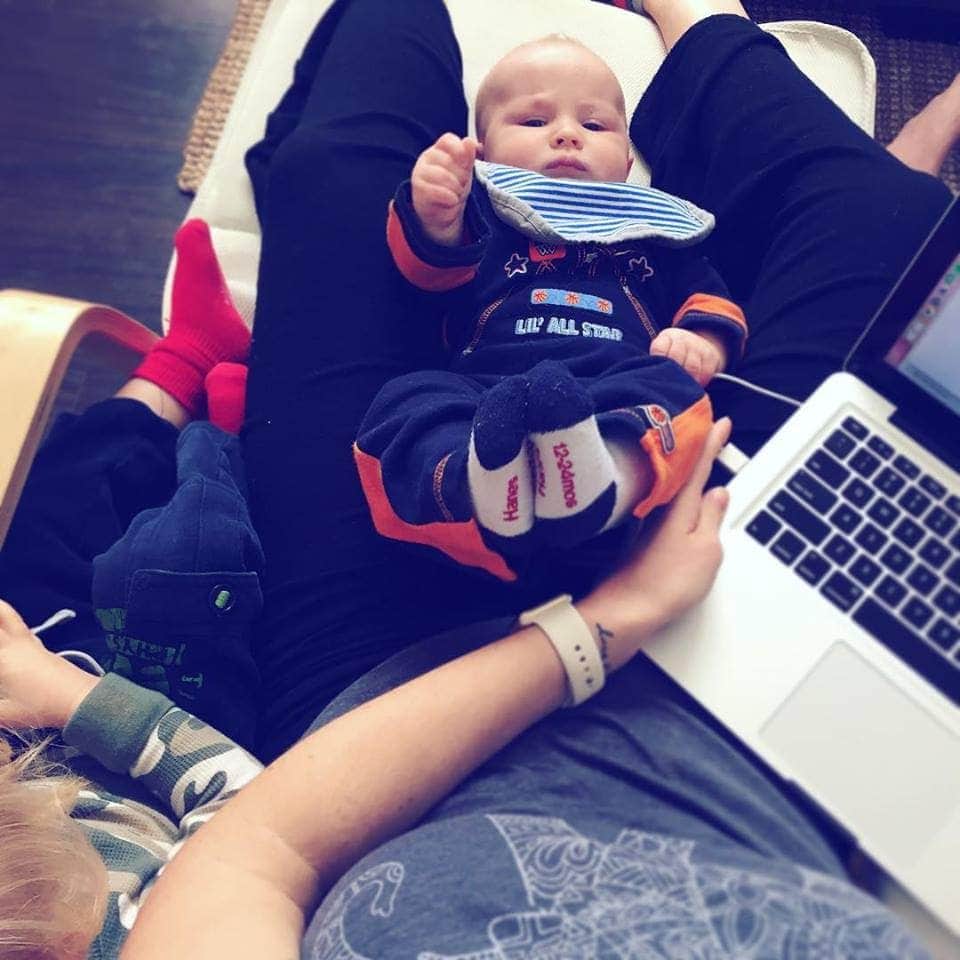 It’s funny, really, because when we decided to add “one more baby” to our family (to recap, that was two babies ago), I knew I wanted to soak up every moment. I planned for several months of maternity leave, and in a lot of ways I approached Jackson’s birth as a do-over for all of my regrets from the girls’ early years.

It was bliss, but it also took a lot of work to make it happen.

Lucas’ pregnancy and birth, on the other hand, caught us completely by surprise, and nothing about it was easy…yet his transition into our family has actually been fairly seamless.

Despite the upheaval of adding a baby who is very particular about when and how he sleeps and who needs a ton of interaction to stay happy, and despite the fact that I’m working full-time and spent much of the first quarter of this year traveling, I’ve been less stressed than with previous babies, and I’ve managed to avoid postpartum depression this time around.

Now, some of that is definitely due to having four big girls, all of whom can take babysitting duty (and at least one of whom can soothe him as well as I can unless he’s hungry!). And some of it is due to experience, for sure. I first noticed it when I made plans to take all six of them out by myself the first time, which turned out to be a non-event altogether. We just did it, and it was fine.

But a bigger part has been due to this shifting perspective within myself. I know that this time is short—and I understand that not just intellectually but deep down in my heart. I’ve realized that planning and routines have their place but that trying to do things perfectly often leads to much more stress than embracing the imperfect. I had high hopes that this would be our baby who finally slept…right until our first night home from the hospital, when he refused to sleep anywhere but my arms. We’ve continued to try different positions and routines, and we even had a brief phase where he’d sleep for 6 hours or so in the Rock ‘n Play, but he changes his preferences constantly (“I want to sleep on my back today! Today I prefer my tummy!”), which has left us without any kind of consistent sleep schedule. Right now we are back to being full-fledged co-sleepers so that I can simply roll him from one side to the other when he’s hungry at night, but it’s not really working for us, and the truth is I’m exhausted…almost too exhausted to figure out how to get us on a better routine.

But with five babies before him who haven’t been great sleepers and now all sleep amazingly well, I also know it won’t last forever. I don’t obsess over the lack of sleep or things I could try, and my answer to, “How did he sleep?” is pretty much always, “Like a baby.” 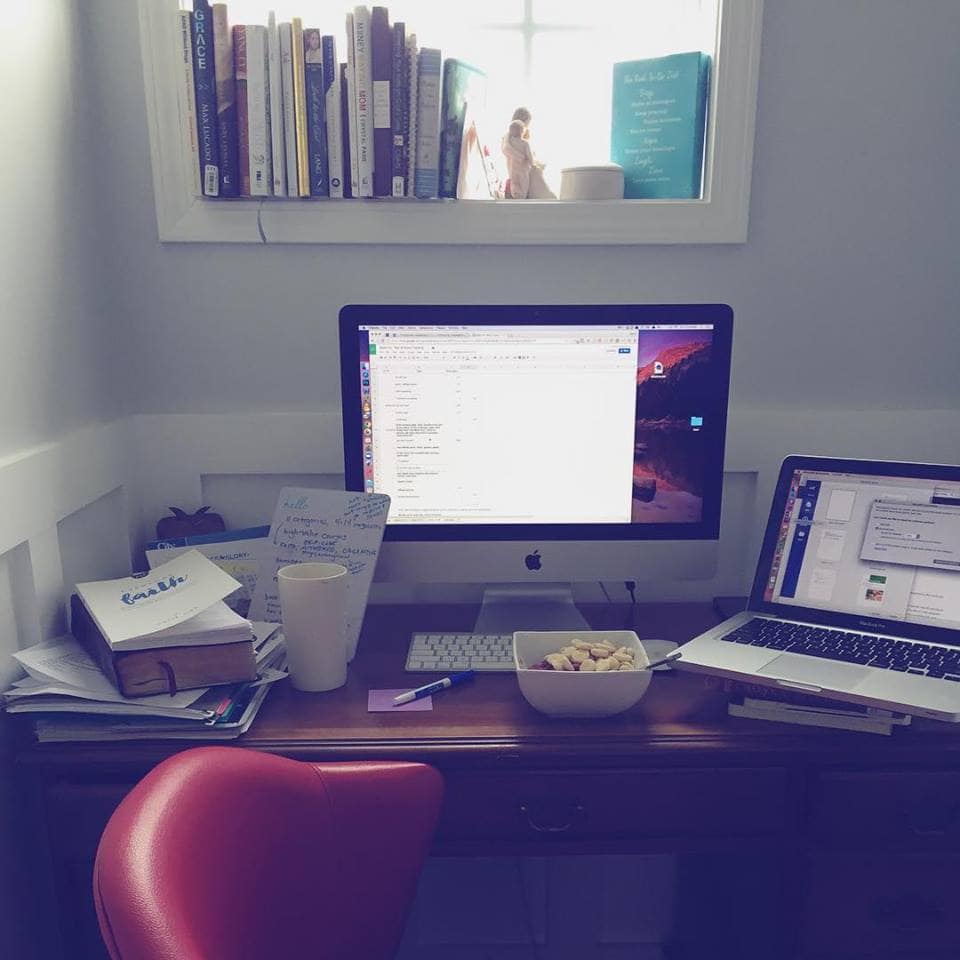 As a recovering workaholic and someone who has been to burnout and back, I understand the importance of set work hours and protecting our family time. But I also know that trying to get work done while the girls pester me for help with their school work or the boys fall apart because they just want their mama is the number one trigger for stress and postpartum depression for me.

So this time, instead of worrying about the perfect schedule, I’m holding my work hours loosely and getting them in wherever they fit. That means my work is spread across 7 days of the week instead of 5. It also means that many days I end up closing my computer while I focus on homeschooling and chores and then work into the evening. And I’ve been working until midnight several times a week and then sleeping in with the baby until 7 or 8 even though I really miss my early morning hours. 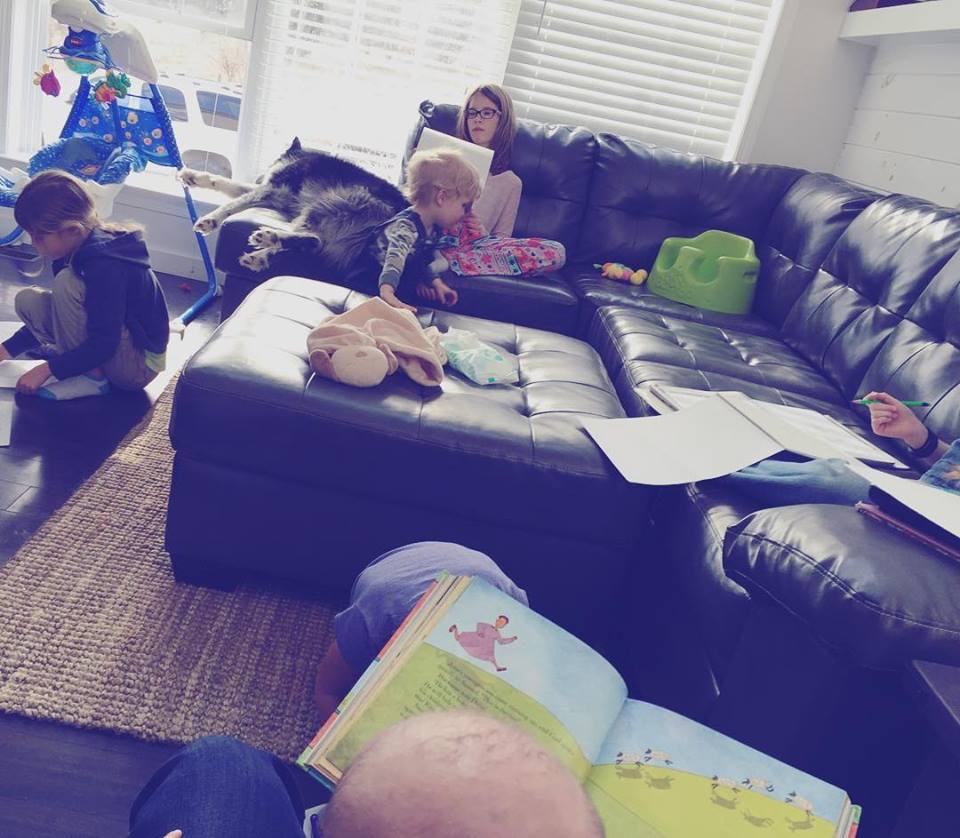 In the months before Lucas was born, our family wholeheartedly adopted a morning time routine that included read alouds, language arts as a group, memory work, fine arts and more. The first time we sat down to do morning time after his birth was disastrous, however, as were our second and third attempts. I spent more time juggling the babies and trying to get them settled than actually doing morning time, and I felt the stress beginning to creep in.

Rather than beat myself up or try to white knuckle my way through, I decided to simply set aside morning time for a season. Thankfully, that approach worked the way I hoped, and we’re slowly diving back into the morning time routine a couple of days a week. 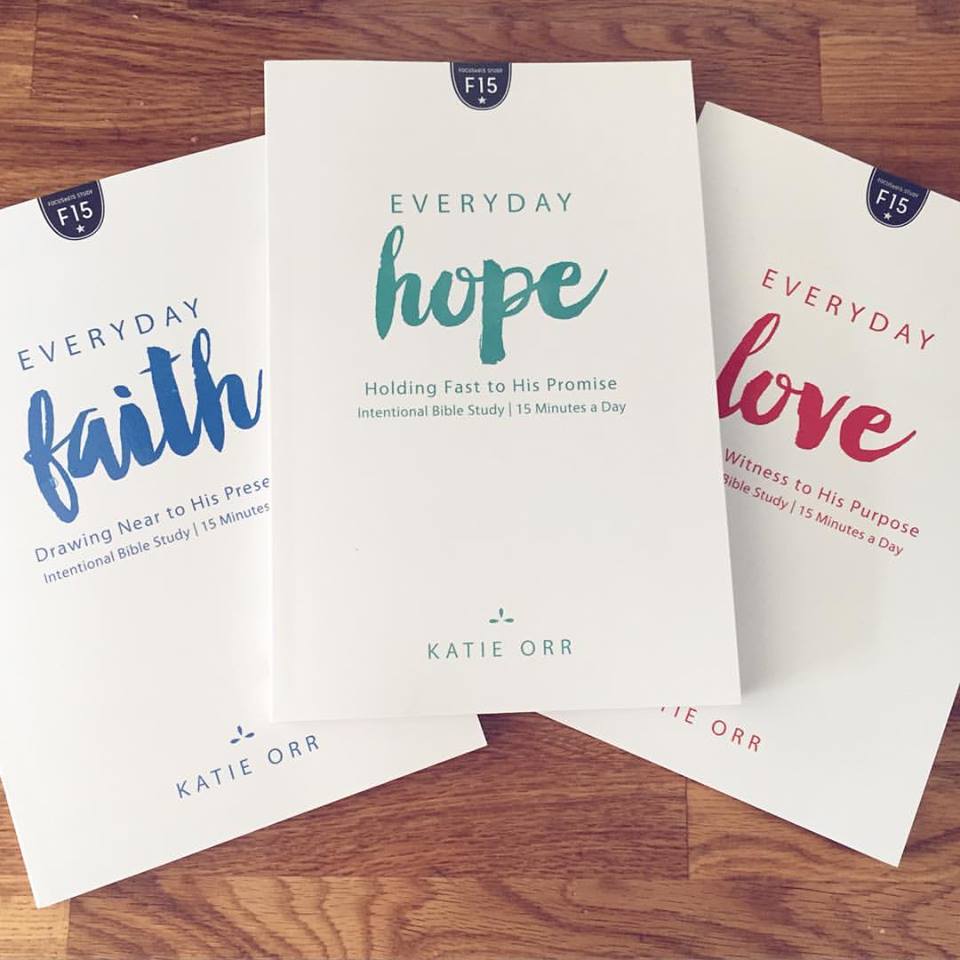 Even my approach to Bible study has changed. While I love my physical Bible and doing studies with pen and paper, I’ve struggled to do that with a baby in my arms. And when he’s not in my arms, I have a million other things vying for my attention—physical chores and work that has to get done.

Despite my reluctance to do so, I finally embraced Bible study apps like My Utmost for His Highest and She Reads Truth for being able to still read God’s Word on a regular basis without needing both hands free and a table to hold all of my paraphernalia.

I just last week dove back into a paper Bible study (Katie Orr’s Everyday Faith), since I can sit on the floor next to him and keep him fairly happy while I do the study.

I’m human (and a fairly type-A, task-oriented human at that), so I’m anxious to get back to our regular routines. But this time is short. Our life has enough stress simply because there are eight of us, and I know that setting too many expectations about what we can or will get done in a day hurts more than it helps!