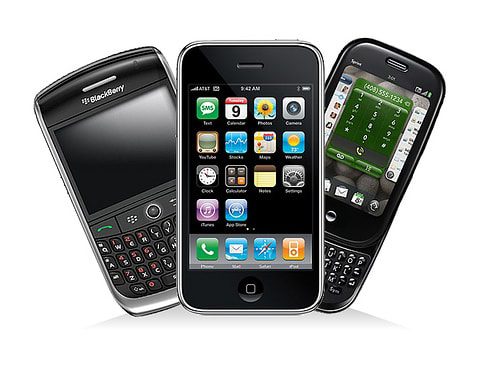 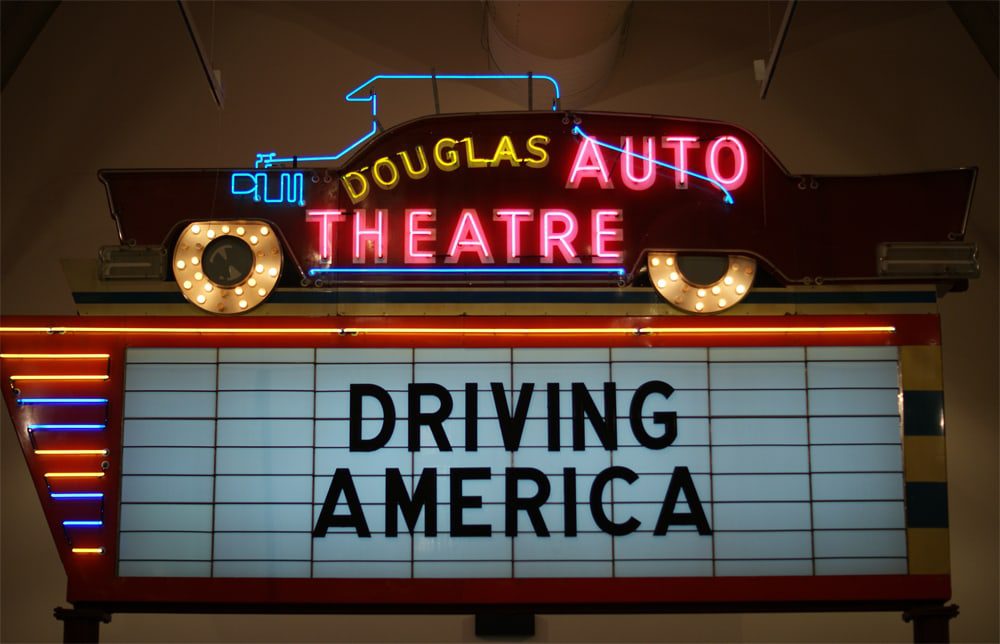 Last week, Sean and I traveled to Detroit, Michigan — courtesy of Ford — to attend the North American International Auto Show as well as Ford’s Design & Innovation Fantasy Camp. Throughout this week, I’ll be sharing some of the things I learned with you, not only about Ford as a company, but about the changing face of new media and innovation and creativity as well!

The highlight of our trip was dinner the first night at The Henry Ford Museum. We were given a sneak peek at a new exhibit that opens next weekend, Driving America, which really shows not just the history of mobility but the culture surrounding our vehicles throughout the 20th and 21st centuries.

The Henry Ford, which is a private foundation that is operated completely separately from Ford Motor Company, is dedicated to showcasing the people and ideas that have fired our imaginations and changed our lives. Sean and I had so much fun touring this museum and seeing not only the cars but also the furniture and pop culture of different eras.

We also learned just a little bit about Henry Ford Academy, a public charter school that actually meets in the museum and nearby Greenfield Village with a mission to “develop critical thinkers, life-long learners, and responsible global citizens prepared for college, career, and global community.” Even though we’re committed to homeschooling, I have to admit that it’s an option I’d want to seriously consider if we lived in the area just because it’s such an incredible opportunity for high schoolers! 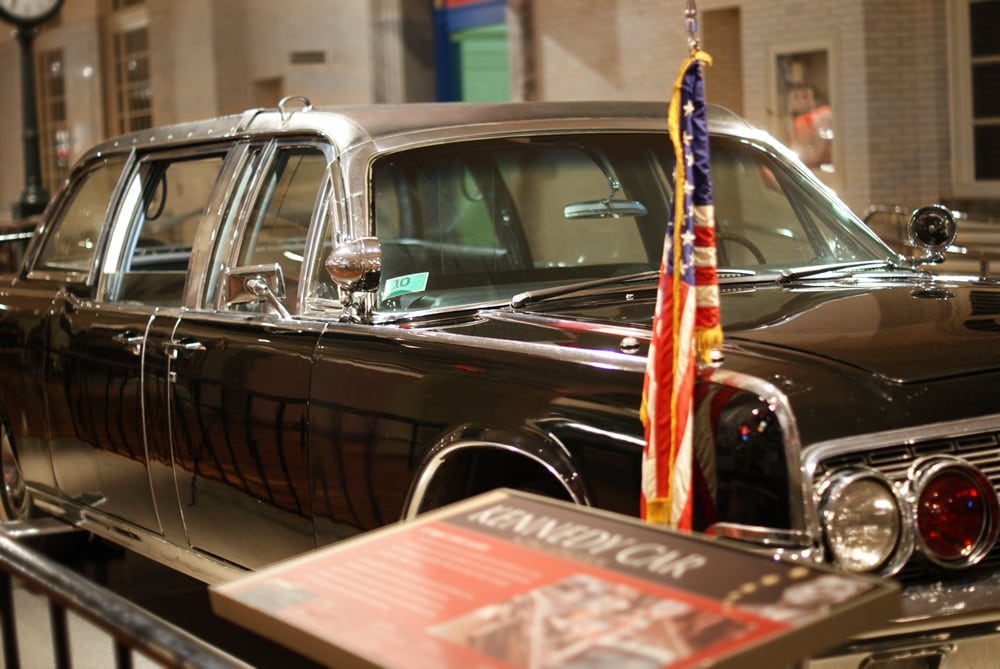 Yes, that is the Kennedy car — the one President John F. Kennedy was assasinated in — above.

We also saw Reagan’s car, the chair President Lincoln was assassinated in and the bus where Rosa Parks refused to give up her seat and literally changed the world.

Now, y’all know I’m not that sentimental, and I generally consider stuff just stuff, but it was very overwhelming to see these things in person. Typing these words today, 10 days later, I am still getting emotional at the memory. Talk about being able to reach out and touch history…it’s just incredible! 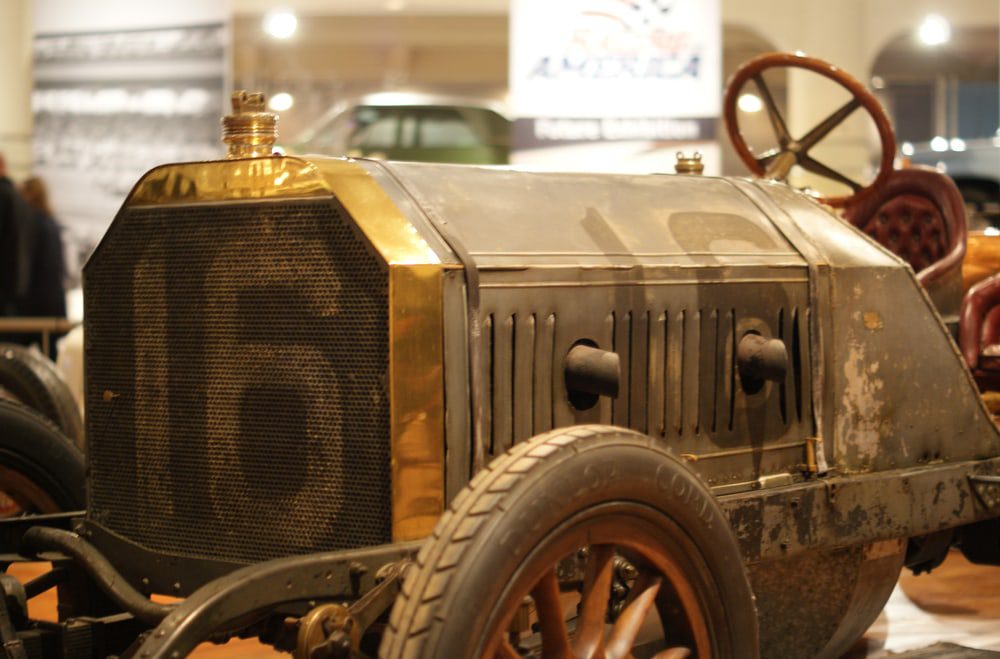 What I really walked away with, though, was an appreciation for Henry Ford as an innovator. Maybe the innovator. While so much focus has been on Steve Jobs in recent years, especially since his death (and there’s no doubt that he’s had a powerful influence on business and culture in this era), I’m not sure his impact is even comparible to that of Henry Ford.

It was Ford who set out to make mobility accessible and affordable to every American family, and it was he who envisioned roads criss-crossing America. And what really makes him an incredible innovator and leader is that he was more than just big words and ideas. On top of the innovation of behind the cars and manufacturing practices, Ford looked for ways to shift culture and make a difference:

It’s really fascinating to learn more about Henry Ford and the impact he’s had on our culture (and around the world), and I’ve added several Henry Ford biographies to my Amazon wishlist! 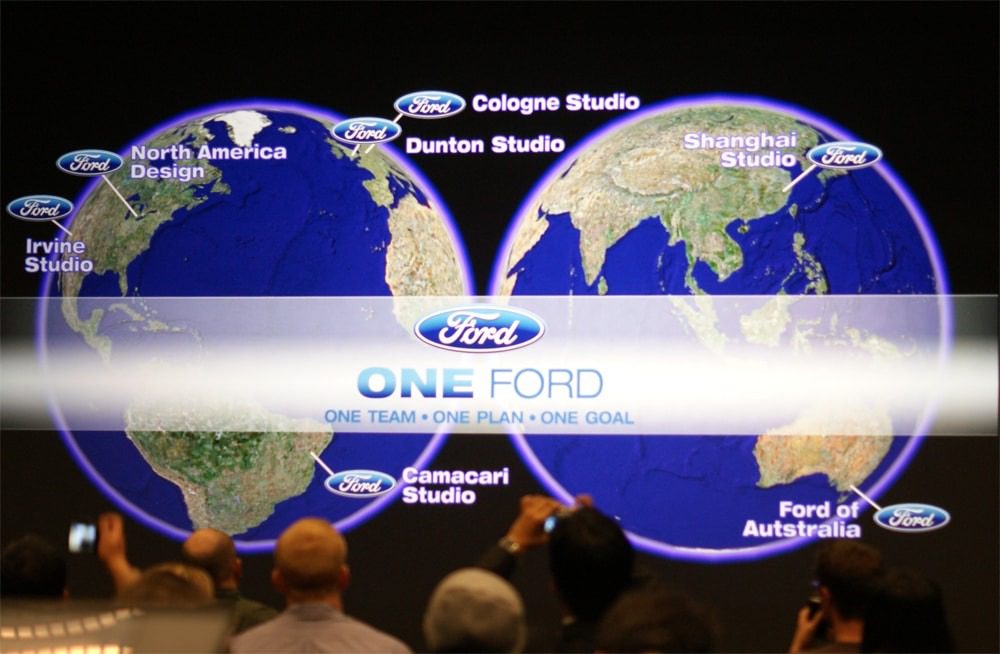 This commitment to innovation is one that Alan Mulally, the CEO of Ford, and the rest of Ford Motor Company share.

The One Ford initiative recognizes how small the world is getting and makes Ford a truly global company. It means that Ford is designing cars that can be sold around the world rather than only in smaller markets and that their design teams and labs across the globe all work together.

On Tuesday morning, we listened to a panel of speakers sharing their thoughts about innovation through design, and I loved this quote from Scott Belsky, the founder and CEO of Behance: “Good design should shift culture, especially if it’s informed by all cultures.”

Ford invited us to Detroit and provided travel and accommodations. In exchange, they asked us to cover the event on our blogs; however, I walked away with so much more to share with you than I expected. All opinions — and the decision to write an entire series about our experience — are 100% mine!

Quotable Quotes About Pursuing Your Passion

Question of the Day: What’s Holding You Back from Your Dreams?