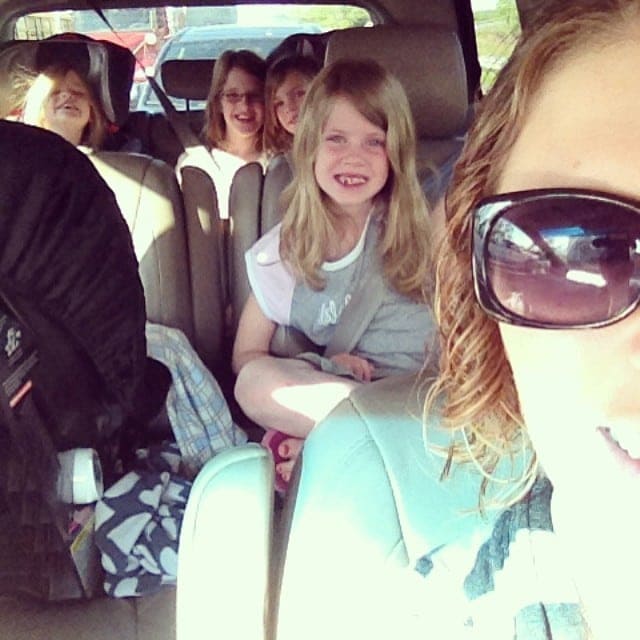 What if I told you I’d discovered a secret that completely changed our family culture and the atmosphere of our home?

It’s silly, really, and incredibly obvious, but since we’d been overlooking it for so long, I’m going to share it anyway:

The power of a smile.

Now, I wrote a sponsored post a couple of weeks ago with that exact title, about the work that Smile Train is doing for children around the world.

And at the time, I was thinking that the power of a smile is the gift it bestows on the recipient.

What I’d completely missed, though, is the effect smiling has on yourself.

Then I read a post that Prerna wrote at The Art of Simple about the art of smiling.

Because I can’t help but reading the comments on any post or article, I stumbled upon this gem of a comment from Holly at Integrative Mom:

“I read somewhere that if you are in a bad mood or having a bad day, forcing yourself to smile actually releases chemicals in your brain and physiologically changes the way you feel. I tried it last week and it really really works!”

A few minutes later, the girls came stumbling down the steps, bleary-eyed and already bickering, and I decided to try an experiment: “Dylan, smile.”

She looked at me like I’d lost my mind, but I pressed forward. “That’s your consequence for the way you’re speaking to your sister. You may not get up from the couch until you smile.”

In that first incident, the absurdity of my request made her giggle, the bad mood banished…until the next time she got in a spat with her sister, at least.

This continued throughout the morning, with me requiring a smile anytime they fought, yelled, whined or argued. And the mood in our home got noticeably lighter.

Later in the morning, Sean was frustrated at something the girls did, so I challenged him: “I bet you’ll feel better if you smile.” He begrudgingly flashed me a sarcastic smile, and the frustration lifted.

For most of the day, I simply enjoyed my role of reminding everybody else to smile, but eventually I too got frustrated. Everybody jumped at their chance to tell me to smile. I really didn’t want to — sometimes we want to bask in our annoyance or frustration, you know? — but I did.

I can’t even tell you how much better I felt in that moment.

Of course, one day of smiles doesn’t mean anything. The first real test would come the next morning when the dog — the dog who drives me bonkers! — tried to eat my breakfast. I shrieked at her, so very angry, but after she slinked to her cage and I’d had a moment to reflect on my outburst, I pasted a fake smile on my face, meekly showing the girls all of my pearly whites, and we all burst into laughter.

While some of the novelty of this approach has worn off, it’s still amazingly effective. Smiling just feels good. I think it’s close to impossible to remain angry or frustrated when you smile. And so we keep reminding each other and creating habits.

To be clear, this isn’t about ignoring misbehavior or consequences; it’s about adjusting our approach before we deal with discipline issues. And it still amazes me how big of a difference it makes.

Making the decision to smile is the tough part, but if I can convince myself to do it, even halfheartedly, it works every time!

Who knew it could be so simple?

Family Night: Board Games for the Whole Family