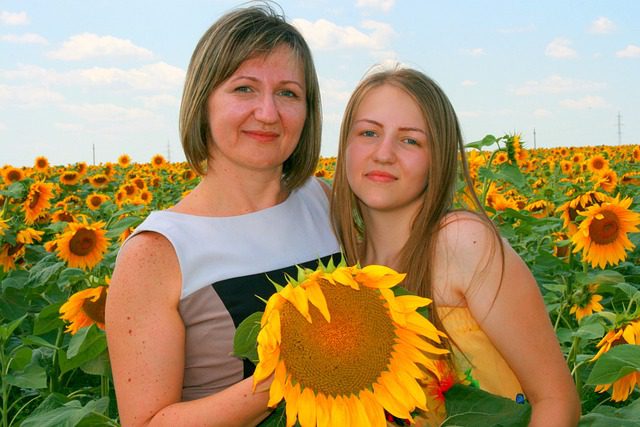 Image by Adina Voicu from Pixabay

Teenage daughters are in a developmental stage where they search for their own identities, distance themselves from parental figures, impose their opinions, and demand more freedom and autonomy.

This is why it’s not always simple to talk to them, especially when a parent asks something of them or rejects it. Therefore, you must find a way to talk to them without yelling at them or grounding them right away. Otherwise, every conversation becomes a struggle in which the parent and the child strive to outsmart each other.

Before trying to be understood, parents must first listen to their teenage daughters to comprehend what they are trying to express.

As a parent, showing appreciation for your teenage daughter is important. This value should not be underestimated; sometimes, a simple gesture like getting her a thoughtful gift can make all the difference. Showing your daughter that you believe in her, understand her, and appreciate what she does can help encourage healthy relationships, build confidence and self-esteem, and foster creativity and exploration.

Your teenage daughter is developing, beginning to think for herself, and gradually developing her perspective on the world around her, which frequently, as is typical, does not line up with that of the parent.

Because parents speak to their children so frequently and assume they know them well, they may feel like they are losing control and cannot listen actively to what they have to say. Instead, they concentrate more on the problem or the response that has to be provided. You need to show your teenage daughter your appreciation. That is all they want and need from you. How can you make that happen?

Let Your Daughter Freely Express Herself While Talking

Children need to feel good about themselves and have a safe place to express their emotions and goals. To fully comprehend what they have to say, you must get them to finish speaking without interrupting.

When kids want to talk about an issue but are having trouble doing so, stop what you’re doing and say, “Tell me; I’m here, and I’m listening to you.”

If they ask you for anything instead, resist the need to respond categorically “no” or with criticism because this will not help them feel understood. Instead, even if you disagree, take your time and gently explain your reason for saying “no.”

Give Value to Her Opinions

Make sure your daughter doesn’t feel like her opinions are less significant because doing so diminishes who she is as a person, making her more withdrawn and resentful.

Be cautious because sayings like “you’re exaggerating,” “I said no, don’t make a tragedy of it,” and “when you grow up, you’ll understand” close communication rather than open it. If they truly find themselves in trouble, they might never come to you with their problems again because they’ll assume you won’t take them seriously.

Give their daily lives priority, always giving everything the proper value.

Put Yourself in Her Shoes

There are indeed moments when it is challenging for parents to perceive the world through their children’s eyes because technology use has also widened the gap between generations.

Even if you disagree, try to put yourself in their shoes and understand their demands. After all, they are teens, so many of their requests are not that out of the ordinary. This will prevent them from feeling like “aliens.”

To understand them and their world better, try to see things from their perspective rather than simply your own.

Make Deals With Your Teenage Daughter

Many parents impose themselves on their kids with comments like “I am the parent, you have to obey,” “It will be done as I say,” and similar expressions.

Instead, we must try to mentor the kids and give them the freedom to forge their paths.

Rules are indeed crucial because they establish the boundaries within which children can roam safely, but it’s better to deliberate on them jointly and find a solution.

To create a shared understanding and instill a feeling of responsibility in your teenage daughter, try to involve her in the decision-making process by asking her what she thinks and how she would want to behave in specific situations.

Use Every Opportunity To Talk

When a teenager needs a parent or to be listened to, she doesn’t ask for it as openly as when she was younger, which is why many parents say that their children no longer speak as they did.

Try to understand your child’s non-verbal behavior and encourage them to express it, possibly by starting with something that happened in a news article or a movie. Teenagers tend to be more silent, communicate in monosyllables, and require others to “read” them. Look for ways to thank them for the little things and big things they do.

Must Have’s for New Mums

Baby Lotion: All You Need to Know