When we were first dating, my now-husband, then-boyfriend was telling his best friend about me. After listening to him presumably sing my praises, his friend said, “Yeah, but can she cook?”

Thank goodness for me, the answer was yes. Now, I think we would have been okay if I had not be handy in the kitchen, but I’ve remembered that for these twenty years now. (Yes, I married young.)

One of the ways to my husband’s heart is through his stomach.

Years later as I engage with my father, my adult brothers, and now my teenage son, I realize the same is true for them as well. It may not be a universal “guy thing”, but it certainly is with the men in my acquaintance! Generally, guys like good food. And as Father’s Day approaches, it’s a good time to think about the feasts you might prepare for the men in the crowd. Whether it’s your own dad, the father of your children, or simply the men in your life who’ve offered counsel and friendship over the years, Father’s Day is a nice time to say thanks.

And these hearty dishes might just speak louder than words… 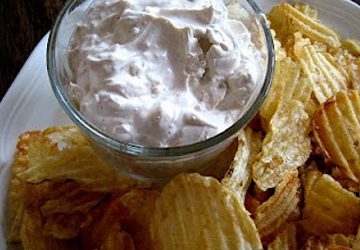 Sour Cream Onion Dip is one of my husband’s favorite appetizers. Make your own with a few pantry staples. No need for a mix! 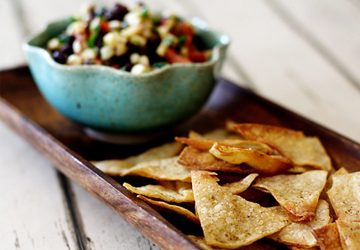 Wow the crowd with these homemade, seasoned tortilla chips. Serve them with salsa or all by themselves for a tasty starter. 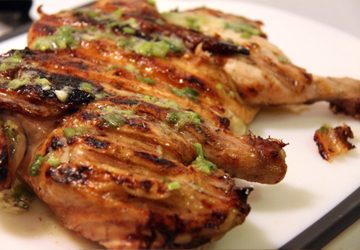 Food for My Family shows you how to grill a chicken under a brick. You are SURE to gather a crowd of men around the grill while this bird cooks. And look how tender and juicy it is! The herbed butter adds a woman’s touch.

Source: Brick Grilled Chicken with Scallion and Lime Butter | Food for My Family 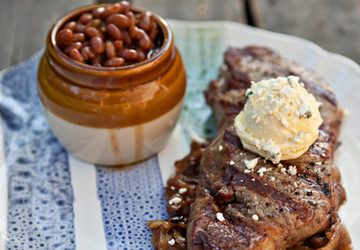 I want someone to make these steaks for me! Rich in flavor with blue cheese, bourbon and caramelized onions, they are sure to be popular at your next BBQ. 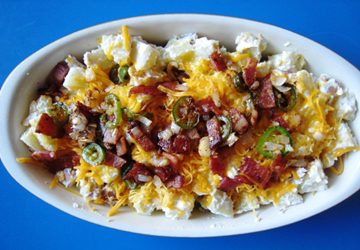 Spice up your life and your dinner table with these easy make-ahead Jalapeno Poppers Potatoes. Studded with bacon and jalapenos, they are filling and full of flavor. 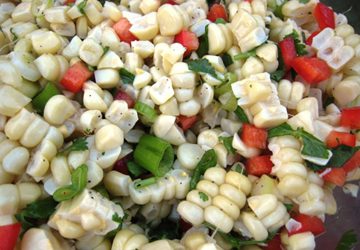 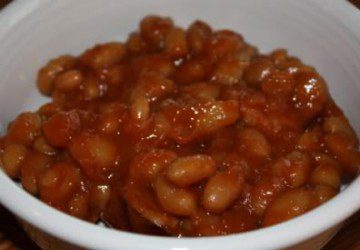 My dad is a huge fan of baked beans, a necessity at a cookout. I know Lynn’s version of Crockpot Baked Beans and Sausage would make him hum with happiness. 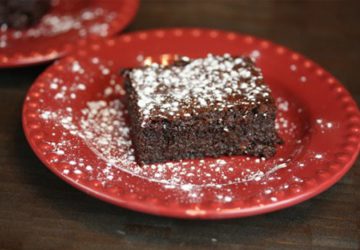 Looking for a dessert to appeal to the whole crowd? Try these flourless brownies. Talk about rich! 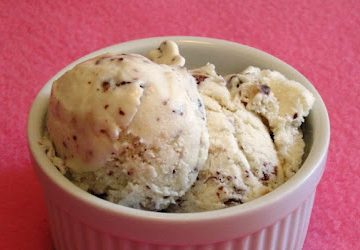 Homemade ice cream is so much better than store-bought. And it can be just as economical. Try Janel’s version that is speckled with chocolate and toffee.

The updated Easy Homemade is HERE!