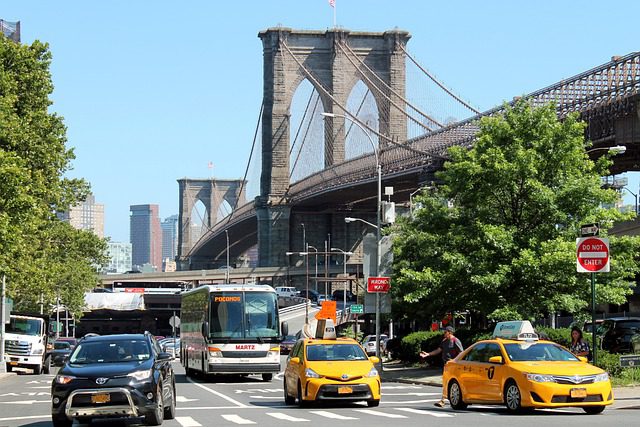 Image by Mike from Pixabay

People may not be aware of many transport laws around the world. This includes some transport ones which date far back to medieval times.

With different countries having different views on what actions are permissible depending on the culture they have grown accustomed to, it’s important people educate themselves about these laws.

Let’s have a look at the strangest transport laws In the UK and across the rest of the world:

Carrying Planks Of Wood On A Pavement Is Illegal

This law was put in place during medieval times and is said to be for the safety of pedestrians. Section 54 of The Metropolitan Police Act 1839 states, ‘Unless you intend to unload or load them from a vehicle, it’s against the law to carry wood planks down a pavement.

Although the law is very old, it’s still legislation that has to be followed in the UK and will come in handy for workers in the construction industry who might have to move planks of wood across sites or carry things into buildings.

Rabid Dogs Are Not Allowed In Taxis; Neither are People Carrying Infectious Diseases

This law is in place for the safety of the taxi driver and the other passengers in the vehicle. If a taxi driver is found carrying a rabid dog in a taxi, they will face punishment. It should come as no surprise that health and safety standards restrict the transportation of dead animals or rabid dogs.

The driver has the right to ask the passenger if they have suspicions about their pet and whether they carry any infectious disease.

The driver can also refuse to take any passenger if they have reasonable grounds to believe they are carrying an infectious disease. This law is again in place for the safety of both the driver and other passengers. It is backed by The Public Health Act of 1936.

Suppose a passenger is displaying any symptoms of infectious disease. In that case, it goes without saying that the person should not even travel anywhere and should remain in quarantine until they are better and fully healed.

Illegal To Stick Limbs Outside Your Window

In Australia, it is illegal to stick any body part outside the car window while the vehicle is in motion. This includes the arms, legs, and head.

This is stated in rule 268(3) Road Rules 214 (NSW). If a driver is found to do so, they can be punished with a fine and even given points on their license.

The only exception to this law is if someone is trying to signal other drivers or pedestrians. For example, if they are indicating to someone that they are about to turn left or right.

It goes without saying that sticking any limbs outside a car window while in motion is extremely dangerous and causes serious injury, so this should be avoided at all costs.

Headlights Must Be Permanently Lit

When driving in Sweden, all vehicles need to have their headlights on at all times. Car drivers must be 18 years old as a minimum.

If people are driving during the day without their headlights, they might encounter other drivers flashing their headlights to inform the driver that they must turn theirs on. During the day, someone can utilize front fog lights or daytime running lights instead of normal headlights. However, people cannot use a mixture of different lights, such as foglights and headlights.

These are just a snippet of some of the unusual transport laws across the world. What might seem normal in one country might be deemed unusual in another. Therefore, people need to brush up on their knowledge of the transport laws in other countries to avoid being subject to having to pay fines or even be imprisoned for breaking the law.

Featured Image by Mike from Pixabay

How to Travel with Jewelry