This week’s list of books make me feel uber-smart, but I guess the fact that I had to re-read many passages twice, was often distracted and could only read them in spurts probably negates any of the prestige that comes from reading them. Hopefully I’ll get better at reading Jane Austen with practice!

Head here to see Katie’s post for this week. We also want to know what you’re reading! Add your blog post to the linky below or leave a comment with your favorite reads from this week. 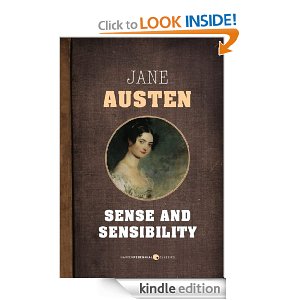 I really loved the storyline, the dialogue and the humor, and it’s fun to read a book with a rich historical perspective simply because it was written at that point in history and not because it’s filled with historical facts.

With a sister who is possibly my exact opposite (and also one of my best friends), I especially love the relationship between Elinor (the practical, sensible one) and Marianne (the dramatic, sensitive one). That said, I’ve heard many people say that Sense and Sensibility isn’t Austen’s best novel, and I’m excited to tackle Pride and Prejudice next! 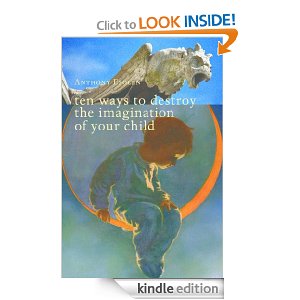 Ten Ways to Destroy the Imagination of Your Child by Anthony Esolen
A friend of mine has been recommending this book to me for months, and I was anxiously looking forward to getting my hands on a copy at this year’s Classical Conversation’s practicum, so I dove right in on Monday night at our hotel.

While many of the practicum speakers referred to this as “an easy read” (as opposed to last year’s selection, Climbing Parnassus, which I never did get through), the introduction about killed me as I tried to understand Esolen’s particular form of sarcasm.

That said, the book itself is an eas(ier) read — though still not easy by any stretch — and so far I’m really enjoying his insights and descriptions, although I would probably enjoy the book more if it had been written in a straightforward style rather than with sarcasm, which felt forced sometimes, like Esolen suddenly remembered that the book was supposed to include 10 ways to destroy the imagination, not 10 ways to build it.

I’m itching to finish it this week so I can reread Lost Child in the Woods by Richard Louv, which is similar in some ways and probably my favorite “parenting” book ever.

Needless to say, she was anxious to get the audiobooks for #3 and #4, and she’s been asking for copies of the books as well so she can reread them herself. We’ve since gotten the last two audiobooks, and she’s also introduced our 7 year old to the stories, so they’ve been listening to them together and acting out various scenarios in the backyard, which is fun to watch!

A Question for You

I don’t read a ton of parenting books since I prefer to bounce parenting ideas of friends, family and mentors, but as I mentioned, Lost Child in the Woods by Richard Louv is one “parenting” book (it’s not really just for parents, but it has affected my parenting!) that I reread often. I’ll also admit that there are a few raising boys type books that I’m considering picking up as we approach this new stage of parenting as well!

What about you? Do you enjoy parenting books? What are your favorites?

How do YOU rate books on Goodreads?

Why Is Haute Couture and Reading Books a Good Combination?