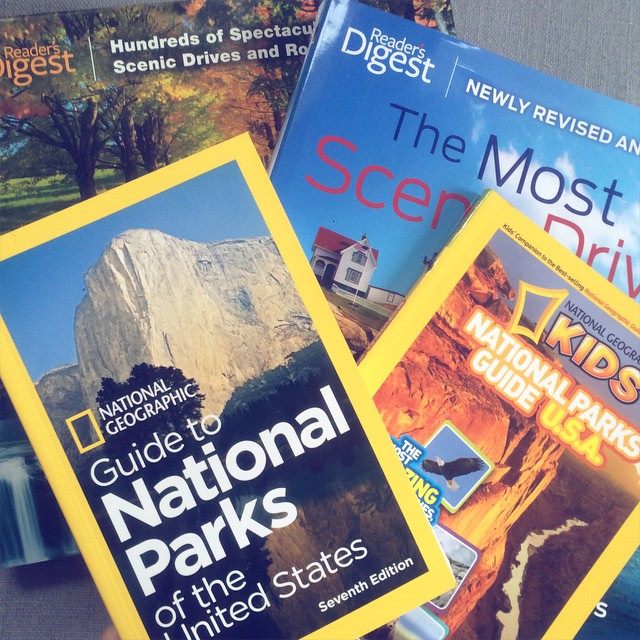 As a family, we love road trips. We drive 2-3 hours to various day trip destinations on a regular basis, think nothing of hopping in the car for the 6-hour drive to my parents, and made the 18-hour trip to Florida regularly before they moved to NC.

We’ve been talking about a trip out west—specifically to St. George, Utah, where we lived for two years and our oldest daughter was born—for years, and for as long as I can remember, I’ve been begging Sean to consider hitting the road for a full year to really explore the U.S.

With a cousin who lives in a veggie-powered RV full-time with her family, and with friends like the Oxenreiders and the Langfords (both of whom have returned from around-the-world trips with their families recently), the idea has felt more like possibility than fantasy in the last couple of years, but Sean was just not buying in.

Recently, however, he’s been getting the itch to move, and we finally found a compromise that made us both happy. I can’t stand the idea of leaving our amazing community in Winchester, VA to move somewhere new, but the idea of heading out to explore the U.S. and then settling someplace new when we return feels like an easier transition to me, and the idea of traveling on the way to a new destination feels more doable to him.

I’ve shared our “plans” a few times on social media, and I know there are lots of questions (probably at the top is, “Are you really doing this?!”), so I thought I’d answer some of those here. 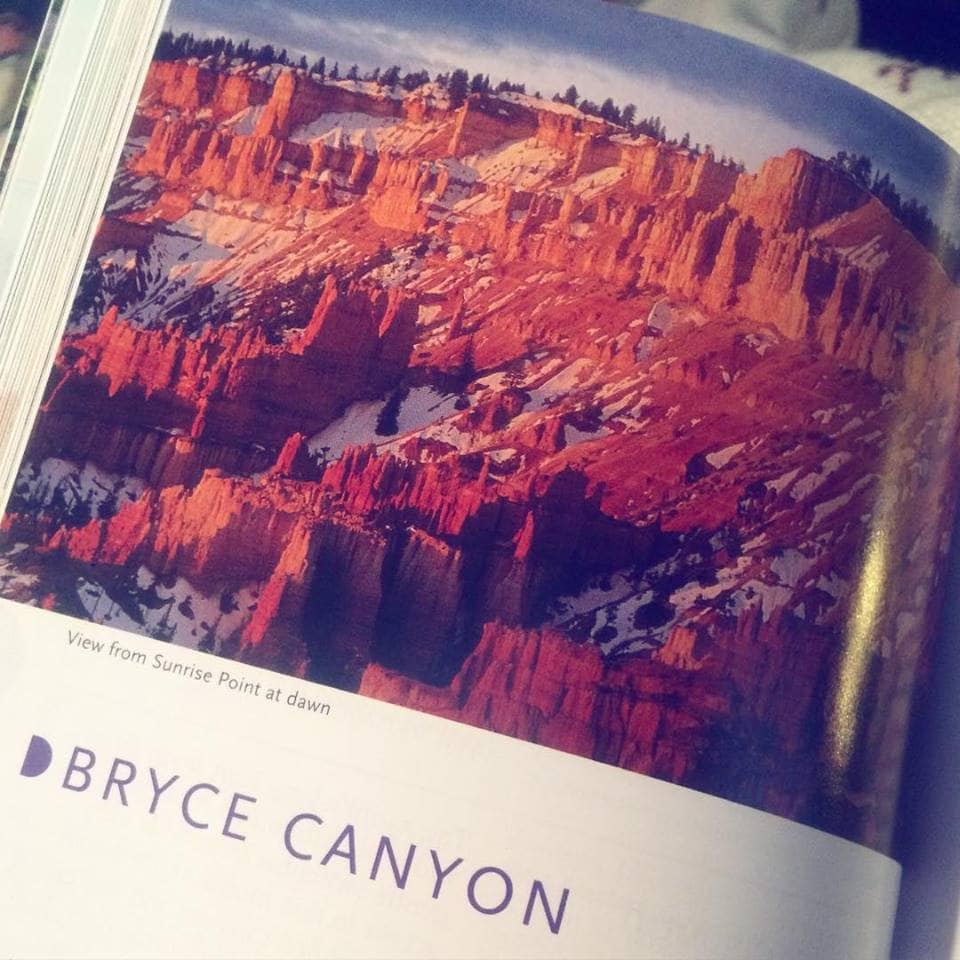 We have a few financial goals we’d like to hit before we head out, and I’d much rather travel with a 2-year-old (my favorite!) than an infant or toddler, since naps will be less important, I won’t be nursing anymore, etc. Because I’m due this November with baby #6, that means we need to wait a couple of years.

Our plan is to hit the road right after Christmas 2017 and be back to celebrate Thanksgiving with family in 2018. We love the holidays, and celebrating with family is super important to both Sean and I, so this provides the perfect timeline for us.

Do you own an RV?

We don’t yet own an RV, but our plan is to buy one that sleeps 10 in the months leading up to our trip. Although we’re just starting our research, we’re looking at slightly used, but not old, RVs, both for reliability during our trip and because we have a feeling this RVing thing will be addictive and we want to keep it around for shorter trips after we get back!

What will you do for work?

The funny part is Sean is in the process of starting an interior paint and trim work business now, but as a business owner, he’ll still have the flexibility to work for the next two years and then take a break while we travel. I’ll continue to work from the road—both blogging and (hopefully!) my position with Ultimate Bundles.

Where will you go?

My goal is for us to make at least one significant stop in each of the 48 contiguous states. We’re starting with the National Parks because we love these “wonders” of the United States, but we’ll also include historical sites, museums, and a few just-for-fun stops like Disneyland and The Wizarding World of Harry Potter.

We’re also seriously considering spending a month during the summer touring Alaska. Many of the National Parks in the 48 lower states will be super busy in June and July, which also happens to be prime time for exploring Alaska, so it seems like a win-win to head up there. But it also feels like a whole new level of adventure that’s honestly a little intimidating! 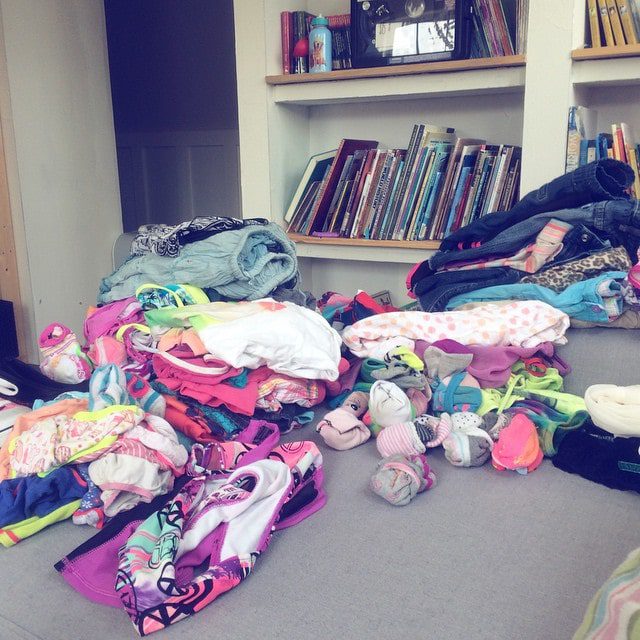 How will you plan?

Oh, man, this is killing me already; there is so much to think about and consider, and it all feels very overwhelming!

That said, Amy Lynn Andrews recently sent me this optimized plan for hitting major land marks in the 48 lower states, and I feel like it’s the perfect framework to begin tweaking and adding to. We’ve got a few books (as seen above, plus The Complete Idiot’s Guide to RVing), and we also just ordered a big wall map and map pins so we can begin plotting stops on a map.

Starting now means I can walk away when it starts to feel overwhelming and also take my time learning about places and all of the things that I don’t know that I don’t know. If nothing else, we’re going to learn a whole lot about the United States as we plan!

Will you be doing meetups?

In all honesty, this question is hard for me to answer. I’ve had so many people who’ve heard about our trip and generously offered to let us crash at their house on the road. And there are tons of people I know virtually that I’d love to get to know in person.

But the truth is Sean and I are both extreme introverts, and living in a bus as a family will already be stretching that side of us. While we do plan to see family and close friends who are scattered around the country—and meet lots of new people while on the road—we probably won’t be doing a lot of planned meetups along the way. I know we’re missing out on a huge opportunity, but we’re also trying to be realistic about our limitations!

At this point, we’re exploring cities and towns in and around the Charlottesville, VA area to see where we might want to settle in a few years. We love the idea of living in a bigger area with colleges, career opportunities, and more so that our kids have lots of options without necessarily having to move far away as adults. There are also a lot of rural options in that area that don’t involve driving over the mountains or living 30-45 minutes from “town”, which is especially enticing as we think about the girls getting their drivers licenses in a few short years!

What about your house?

Our plan at this point is to put our house on the market in the fall of 2017. Sean has just started doing a ton of finish work on the house, and it’s sad to think that we’re finishing it just to move, but I’m hoping we’ll be able to enjoy it for the next two years or so before we go!

What about your leases?

I recently shared that we moved to leasing our vehicles rather than purchasing because of several factors that make it the right choice for our family. Ironically, we had already decided to travel in 2018 when we realized the timing actually works out perfectly for our lease agreements, both of which end in the fall of 2017. We’ll most likely pick up a new lease with a lower mileage allowance to take on our trip so that we have transportation without worrying about RV parking, a way for us to head out individually, etc., but we’ll work on those details closer to the trip.

I think that’s it (can you tell we’ve been thinking and talking about this nonstop for the last two weeks?), but if you have other questions—or suggestions of things we need to do or see—I’d love to hear from you in the comments!

Our Family’s Approach to All Things Easter and Spring-Related