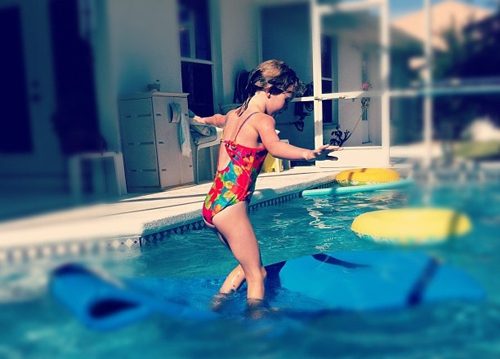 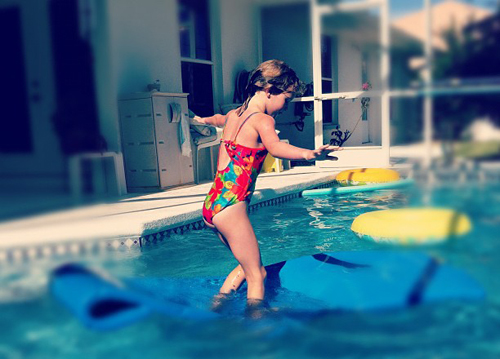 It’s been three years now, and I can still clearly see it happening in my mind. As we head into another summer, I can’t help but share this post once again:

This weekend, I saw it for myself.

We spent the day at my dad’s house for a family pool party, which is always a little bit stressful as we keep track of four little ones—who are at times overly brave in the water—in the midst of conversations and chaos.

After a brief break to eat, the girls hopped back in the pool for another swim while Sean and I stood on the side keeping track of them.

Our six-year-old put on a floaty and swam to the deeper part of the pool (my dad’s pool has a large one-foot deep area that is perfect for lounging or for the little ones to play, but she’s at the age that she doesn’t want to be stuck in the “baby pool”).

I stood scanning the pool over and over, counting heads again and again.

And then I blinked and started my count one more time.

When I got to the 6-year-old this time, she was silent and still…and underwater.

She was still upright, but there was no thrashing or splashing.

She was simply floating under the water, with her arms stretched out to the sides, staring at me with a blank look on her face.

In that moment, time seemed to be rushing by and at a standstill all at once.

I said to Sean, “Sean…Dylan!” and was trying to decide whether to jump in myself.

Because she was fairly close to where I was standing, I couldn’t figure out how I would jump in without actually jumping on her, so I said to a nearby family member, who was in the water just feet away: “Jason, can you get Dylan?”

He didn’t respond at first, and my mind began racing again, but his wife realized what was going on and repeated my words.

He turned around and with all of the training of a former lifeguard scooped her right up and out of the water.

As soon as her face broke the surface she began to sob and cough and dry heave….beautiful sounds in that moment.

We sat and cuddled on the side for quite some time before encouraging her to sit back in the pool (safe and sound in the shallow end), which she eventually did, walking on her hands and swimming around that area like nothing had happened.

I can’t quite get the picture of her little face staring up at me from under the water out of my head, and I’m not sure I’ll ever forget it. But I am so, so thankful to have read that article so that I instantly recognized what was happening.

I sincerely hope you’ll take a moment to go read it as well.

Note: Knowing what I know now, I would take any of our children to the ER following a near drowning incident to eliminate the possibility of secondary or “dry” drowning. Be sure to also read more about that risk here.