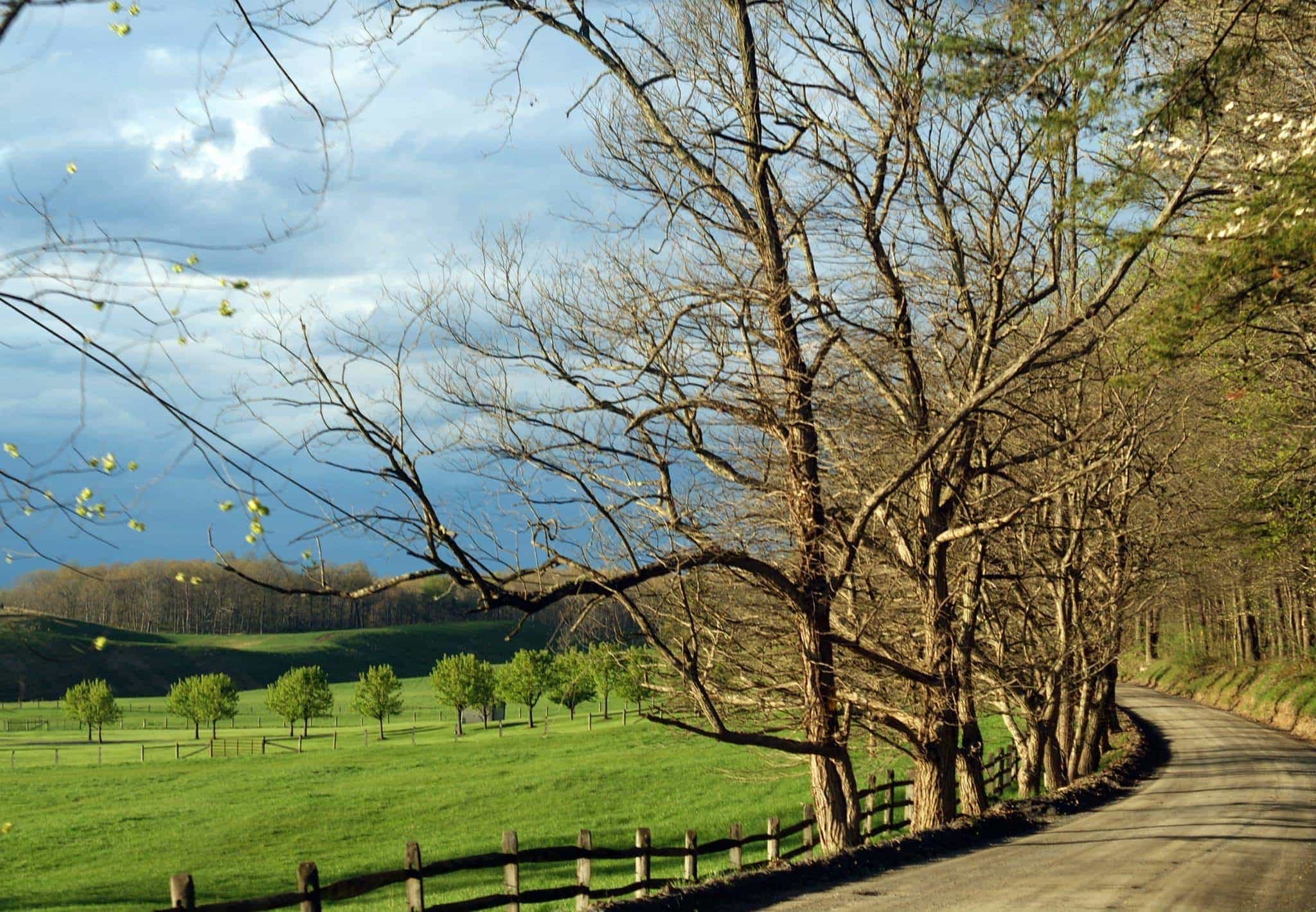 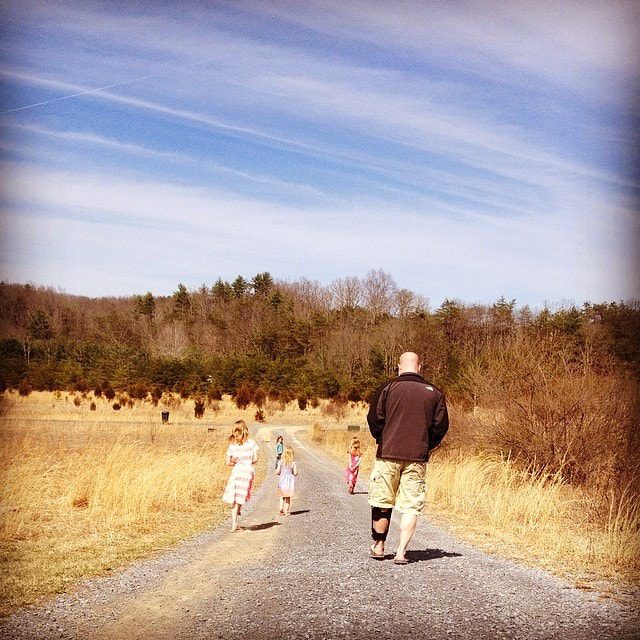 A couple of months ago, our oldest daughter spilled half a bag of frozen fruit on the kitchen floor. Eight dollars worth of fruit covered in dog hair.

My initial reaction was anger.

It seemed like she was sneaking fruit while the rest of us were working to put away groceries, clean out the car and get settled after a morning of running errands, and the mess was a direct result of that choice.

But as I sent her to her room in tears, I heard a still, small voice asking me to take a second look at the situation.

In reality, she wasn’t trying to sneak the fruit, and she certainly didn’t mean to spill it everywhere. She was simply acting impulsively — like a child — because she was so excited that we’d gotten a new mix of fruit (mangoes, pineapples and strawberries…mmm!) and she couldn’t wait to try it.

The spill was an accident, plain and simple.

Our default as human beings (or at least mine) may be to assume the worst as we interact with the people around us — loved ones and strangers alike — but what if we chose to give them the benefit of the doubt instead?

I don’t know about your children, but my children do not spend the majority of their days trying to be willfully disobedient (although they all definitely have their moments!). Instead, they explore, make impulsive decisions, react out of hurt, frustration and loneliness, or act like, well, children.

What if I took the time to understand their motives before I reacted?

If I want them to extend grace to one another in these situations, I have to model it first. And not everything needs to be a discipline issue.

The real question, for me, is how often do I make a mess, break something or hurt someone for the exact same reasons? It’s unfair to hold them to higher standards than I hold myself, and if I want understanding when I mess up, I should offer my children the same. 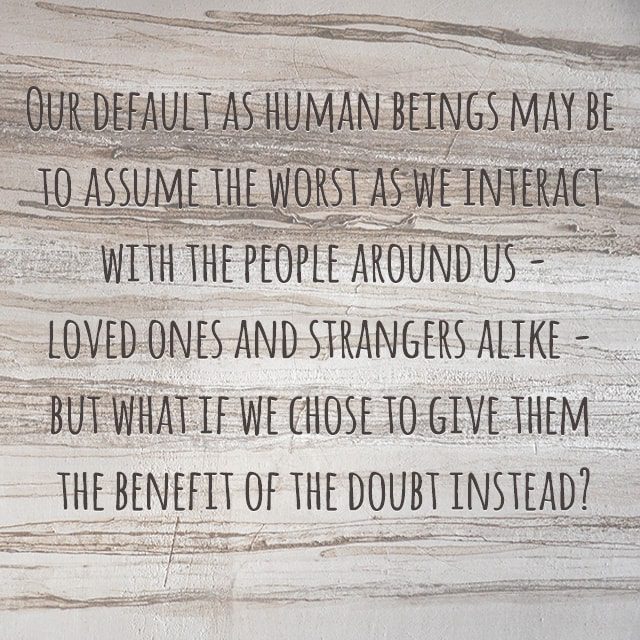 Our Friends and Spouses

How often do we react with hurt to the actions or words of someone we love when truly they don’t mean to hurt us?

I love when my husband points out that what I really am is hangry (hungry + angry) when I start snapping, not only because it feels good to be known but also because it helps me deal with those feelings by zipping my lips until I can get food in them!

Similarly, when a friend or family member makes an off-the-cuff remark that hurts us, our reaction really should depend on their motive. While boundaries in relationships are important and we should protect ourselves if there is a clear pattern of behavior, it’s important to differentiate between those situations and the ones where the other person truly had the best intentions.

If we’re automatically assuming the worst of other people in every situation, our relationships will never be built on trust, respect and love.

It always perplexes me when people with many children talk about all of the negative comments they get when they’re out with their children; I truly cannot think of one time that has happened to us, and it’s not because we’re anything special.

While I’m sure there are unhappy people out there who really are trying to be hurtful, I don’t think that’s the case in most circumstances.

For us, when someone shakes their head and says, “Wow, you really have your hands full!” I choose to see that as a compliment instead. {And honestly? I do kinda have my hands full. Thanks for noticing!} When they laugh and jokingly ask, “Don’t you know how THAT happens?” while pointing at our new baby, I choose to see it as friendly banter from someone looking for a little connection in the midst of a busy world. And while I was prepared to be annoyed by the “Oh, you finally got your boy!” comments, we’re all so smitten with him that I can’t help but laugh and say, “Yes. Yes, we did!”

I could choose to see those comments as nasty or nosy or negative, but I choose not to, and honestly that’s a lot more fun!

And finally, this rule could change the internet as we know it if we’d simply follow it.

Nowhere on earth do people feel the freedom to judge and respond harshly like they do via the anonymity of the internet, but rather than responding with nastiness to the perceived faults of various writers, bloggers and commenters, what if we took the time to consider them as real, live human beings first?

What if, instead of reacting to differences in our opinions and belief systems, we compared the similarities and gave other people the benefit of the doubt as intelligent, loving people who simply have different opinions and viewpoints?

You know what would happen? It would open the door for actual productive dialogue where we were trying to understand and appreciate each other’s perspectives rather than summarily dismissing them and ruining any opportunity for connection!

Do you struggle with this like I do? Who could you give the benefit of the doubt today?

The Power of Telling Your Kids "Why"