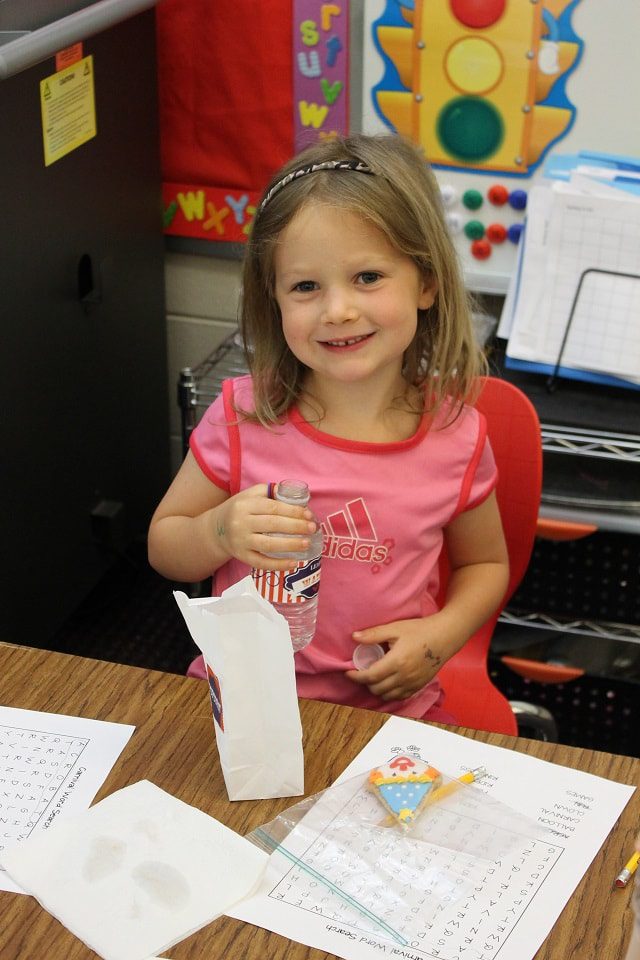 The following post is from Katie of Kitchen Stewardship:

Four hundred kids threw away their plastic water bottles after a hot field day at the park, but doggone it, I got five into our recycling bin.

Nevermind that recycling plastic is really “downcycling” or whatever it’s called, and that there are still plenty of resources wasted in the process. Nevermind that it wouldn’t be that difficult for each child to bring their own reusable water bottle and carry it along with them. They carried the disposable water bottles along until they were empty, too.

At least I did something.

In the world we live in, it’s all a game of starfish.

I’m sure you’re familiar with the story of the elderly woman walking along an ocean shoreline literally covered in beached starfish, picking them up one by one and tossing them back into the ocean. A child approaches her and says, “Ma’am, I hate to be disrespectful here, but don’t you realize that it’s impossible for you to throw all these starfish back into the water? They are in trouble as far as the eye can see in either direction! You won’t ever make a difference doing this one by one.”

The woman reaches down, picks up another single starfish, and pitches it with all her might into the ocean.

“Made a difference to that one,” she says solemnly, moving on with her work.

The tale is often used to inspire educators, parents, and pastors to maintain their focus on the individual, even if it seems like big-picture systemic change or radical success might be hopeless.

I think it applies to any of the cultural battles we fight, from eschewing the constant stream of sugar pushed on our kids to saving the earth in a thousand tiny ways.

My five water bottles are the smallest of dents in the massive waste problem and disposable mentality we have here in America (and to an extent in much of the developed world).

But it’s a start, and an important one.

Can We Do Better Next Year?

I am making mental notes for next year to contact the gym teacher and offer to provide receptacles for the bottles and pick them up to recycle. Even that, which will take some orchestration and wildly large containers, is really just a slightly bigger dent in a massive problem. But we have to start somewhere, and if each of us could only take a few baby steps, think how much we could accomplish.

Let’s consider some possible baby steps for the field day that I might be able to help the school work through, bit by bit, such that people hardly notice the change. Rather than purchase and toss 400+ plastic water bottles (just thinking about it makes me sad), the school/coordinator could:

Those five water bottles I saved did more than just conserve a few ounces of raw materials – they inspired me to make further change. I thought about our kindergarten party where we were about to do the same thing a few days later. We served mini water bottles to about one hundred children, and I did bring a crate for recycling.

Of course that day was much cooler, and the bottles were much cuter, so I think a lot of kids took them home. But I’m still happy I saved this dozen or two from the landfill:

Appreciating the Baby Steps, One Starfish at a Time

It’s not always all about the massive successes.

Some would say that it’s abhorrent to use plastic disposable water bottles at all. In fact, one commenter on my Facebook page actually said, “100 plastic water bottles? For shame!” when I shared my excitement about the fact that we were planning to serve water, apples and popcorn instead of, say, sweetened juice, doughnuts and candy, at nine in the morning.

Apparently she doesn’t get my baby steps perspective, nor does she understand how to pick your battles. I wasn’t about to use any of my metaphorical “cards” in our planning meeting to argue for some non-disposable or non-plastic option. I had to simply cheer inwardly that we were heading toward water without me having to be the one to bring it up!

I had to save my “ammunition” and mental energy for the push to serve apple slices instead of snow cones and deflect any attempts to give candy rewards for winning games.

I used such finesse with the snow cones – something to the effect of, “Oh, no, no no, I couldn’t imagine snow cones at 9 in the morning!” with wild, half-crazed eyes – that I think I was extremely covert with my secret plan to serve more nourishing foods (or better yet, no food at all) to the kids at our school.

I outed myself as “that mom” so completely that when another mom on our committee decided that she was going to make 100 clown cookies for the children, she called me to let me know so I wouldn’t feel like I was being ambushed at the party.

It really was a thoughtful gesture, since in fact I probably would have felt a bit ambushed if the cookies had been a total surprise. One of my pet peeves is over-serving to kids, which usually results in them taking everything and wasting way too much food, almost always the more boring, healthy stuff.

The “carnival cookie ambush of 2014” actually has a very happy ending in my opinion, one that spotlights moderation and my personal best efforts at tossing one starfish at a time without freaking out about how many there are still to address.

My initial response on the phone was that I just felt so sorry for the allergy kids (at least one needs to be gluten-free). She thought of that and already bought GF cookies to substitute.

At the risk of saying too much when, “Thanks for the heads up!” might have been the best scenario, I went one step further: “I guess I worry about the number of items now – since we had two things already, to add a third with only 10 minutes to eat makes me wonder if the kids will just eat the cookie first, a bit of the popcorn, and throw away everything else. It might just be too much…”

Her response was very gracious as she quickly offered to bring little baggies so that the kids could take the cookies home.

Since the cookies were already lovingly made, I wasn’t about to pitch a fit about it. Nothing gained there but dissent. I told her I thought that was just perfect, because then it would allow the parents to help the kids decide if and when they could have the treat.

The “green” issue, of course, is that we now caused 100 plastic sandwich bags to hit the trash. Sigh. It’s hard to be a crunchy/healthy type and function in the greater world we live in sometimes! Hopefully we were able to save some food from being wasted in the process.

I admire this mom’s intentions, which were twofold: To show love to the kindergarten kids in the way she does it best, and to utilize her (truly amazing, look on the table in the photo of my daughter above) baking/decorating talents. Everyone needs to share their talents generously to feel accomplished and fulfilled, and I definitely understand wanting to give gifts to children.

What bothers me is the mindset she demonstrated when she explained why she made the cookies: “I just really thought they needed something fun.”

That one irks me a little. We had already planned a two-hour party jam packed with fun. As far as food went, they had the cutest water bottles in the world, plus popcorn, which makes kids think of movies and was to be served in perfect little bags with darling “big tent/popcorn” stickers on them.

When this well-meaning mom said she thought they needed “fun,” she really meant “sugar.” And that’s where I simply feel bad for this generation of kids, raised to stand on the certain fact that sugary sweets equal fun, and that it’s nearly impossible to have fun without something sweet.

It’s a dangerous cultural mentality that is selling our kids short, and it’s making them sick.

With the collateral damage of 100 sandwich bags (I’m so sorry, Earth!), here’s how the situation played out in real life:

The Main Points of Balanced Strategy

It may not have made a massive difference in either the kids’ health or their mature decision making, but it’s the baby step I was able to take this time.

It’s similar with the quest to conserve and preserve the environment. We have to do the best we can:

What starfish can you throw back today to save the earth in your own small way?

Why We Pretty Much Ignore Our Grass (& You Should, Too)

How to Have a “Green” Christmas