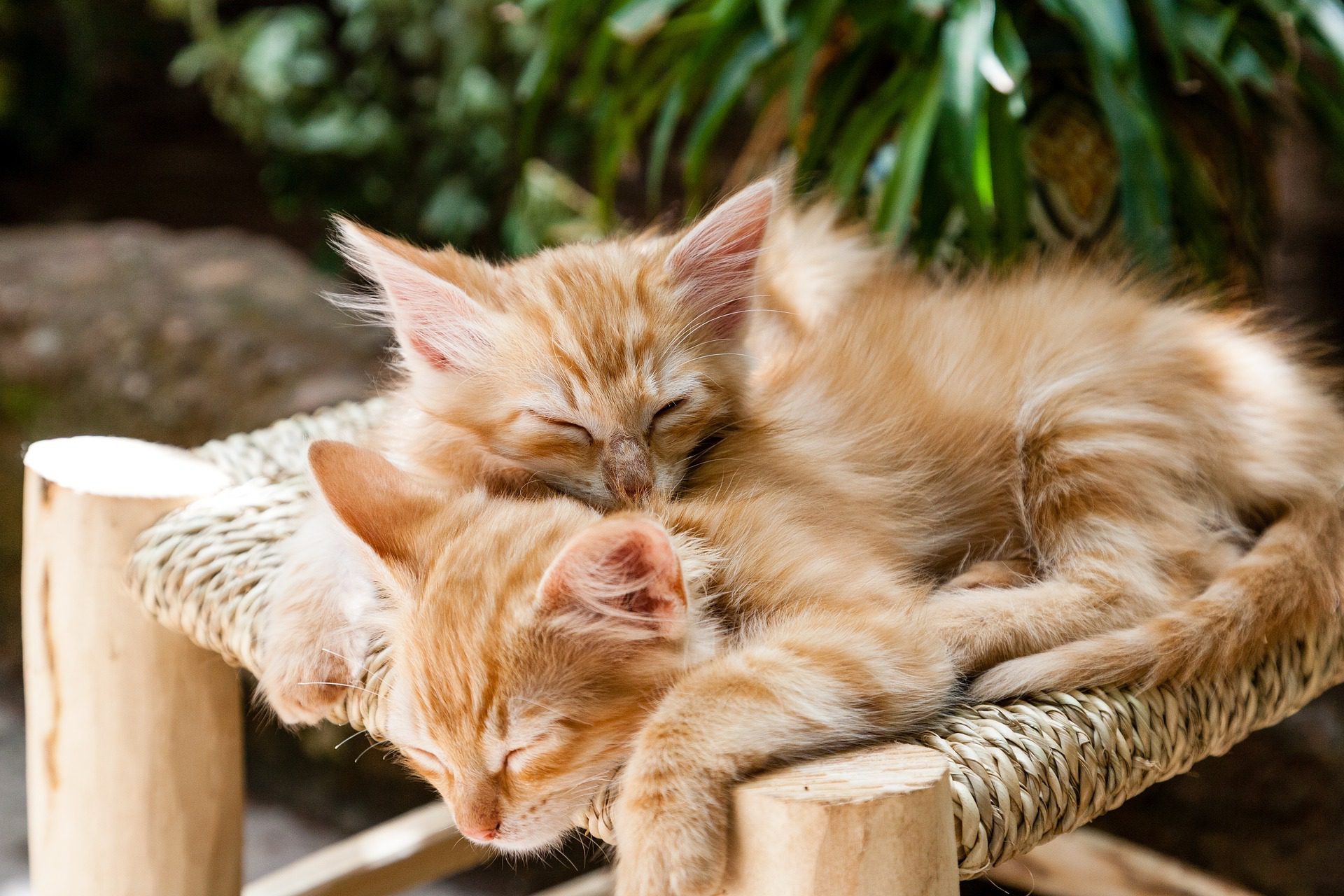 Image by luxstorm from Pixabay

From ancient times, people tamed animals and were close friends with them. Images of these creatures are often used in various fields of art. Cats are involved in the treatment of patients and the education of children. The connection that arises between a person and his pet is unique. All this suggests that four-legged friends have always had a great impact on our lives.  People love cats and other domestic pets.

According to scientific studies, pets contribute to a general sense of well-being, being light medicine that prevents malaise and bad mood. After all, happy people are usually healthy.

By stroking a cat or watching a fish in an aquarium, people relax. Walking with a dog gives an incentive to be more often in the fresh air and keep an active lifestyle, and this is an additional reason to go on a weekend in the park or out of town. And for less active people, the ideal pet is often a cat. He pleases the owner with friendly communication and tender affection.

In which countries of the world do Cats love the most?

About 7.25 million cats are believed to live in the Land of the Rising Sun. And the Japanese can boast of the presence of the so-called “cat islands,” where the ratio of people to cats is about 1 to 6 in favor of the latter. In Japan, there are temples dedicated to cats, and in the local literature, many books and even poems are devoted to them.  The Japanese love cats.

Here, the four-legged people’s favorites are 7.75 million. Moreover, the Germans are madly in love with them and sometimes spend large sums on pets. And in Germany in almost every city you can find original cat monuments.

In Britain, their number is the same as in Germany. And even cats in this country are distinguished by English stiffness in behavior and gloss in appearance. Her Majesty, the Queen herself, is very supportive of pets – and therefore, the laws protecting them in the United Kingdom are considered almost the best on the planet.

It is impossible to imagine Italy without cats. There are 9.5 million of them here, and they are found here literally everywhere – and in rural areas, they are almost catching up in numbers. The ancient walls of the Coliseum and the narrow streets of Piacenza, the gondolas of Venice, are chosen by cats. And in Rome, there is even a church on Piazza Torre Argentino, where every animal that enters there will always receive shelter and food.

In terms of the cat population, France is outnumbered by Italy (9.5 million cats). And even the cat is the symbol of Paris. The French are accustomed to the word ‘cat’ to be found here in the names of literally everything in the world – streets and squares, cafes and restaurants, trading companies, and even ships. In general, by living here, these fluffy friends feel very good.

There are almost 12.5 million cats! Why there are so many of them – no one can say. In general, the cat population’s growth in the country of tango, carnivals, and football is largely due to the rapid reproduction of street, stray animals.

Their number among Russians is not inferior to Brazilian. Besides, the presence of a cat in the house has always been considered a good sign. Russia took an honorable third place at the expense of a larger population. In general, cats are loved here.

In China, there are about 53 million cats, which is also associated with the gigantic population of this country.

The USA is the undisputed leader in terms of numbers (76.5 million) of cats. About one in three families have a cat in the United States — moreover, if they appear in a house, it is rarely alone, usually two, or even three. Interestingly, Americans, more often than representatives of any other nation, take homeless cats from shelters. And also give them as a gift for birthdays or other holidays. Do you think American’s love cats? The numbers speak for themselves.

Each of us has daily chores. Sometimes it seems that they will never end. Cats miraculously distract; they need to rub at your feet – and you have already forgotten about many troubles that happened during the day, you switch your attention to your beloved pet.

Cats are easy to care for

They know how to take care of themselves. Even little kittens know how to cleanse themselves. Moreover, they spend 40% of their waking time on this procedure. The pet can be taught to use the toilet without much difficulty. Also, you need to consider that the litter box should be spacious and it should be optimal for young and middle-aged cats, as experts at ThePets notes. And leave, without worrying about anything, unattended for several hours, and, most likely, your pet will sleep all this time. Cats can sleep from 14 to 22 hours a day! The duration of sleep may depend on the individual characteristics of the organism, age. Often, to wake up a pet, it is sometimes enough to slam the refrigerator door or rustle a bag. Like any pets, cats need to be fed, bathed (as needed, or at least once every two months), and combed.

Cats are independent creatures. They do not need strict supervision. It is not necessary to walk them, as, for example, dogs. As pets, cats are great for city dwellers, workaholics, and very busy people who do not have the opportunity to pay much attention to their pets.

Cats are born hunters. They intuitively understand how to catch mice, rats, and even some insects.

Cat’s purr has a calming effect and reduces stress levels. Such a cat sound may raise your spirits, make you smile, even if you are upset about something. And when you are happy, it makes you smile even more. All this significantly reduces the risk of heart disease.

They do not judge

Cats do not care what your hairstyle, outfit, makeup, or even your mood is today. If you become a full-fledged owner of a cat, let him win your trust, then it will love you all its life and give you its fluffy tenderness. After all, you are everything for the pet: mom, dad, and best friend – for which it is infinitely grateful. Even if you eat at night, the cat will never judge – it will eat with you!

A cat in the house is therapy

Cats are perfect creatures to help their owners overcome difficulties (for example, losing a loved one). Communication with a furry pet helps to cope with the current difficult situation quickly. Cats can relieve the symptoms of physical pain. Often, cats seem to require affection. They are persistent, trying to get onto their hands because they feel their owner’s stressful state.

Sleeping cats are adorable! And you can see them every time you wake up. There is no limit to emotion when you look at these lovely creatures. Cuteness can’t be resisted.  This is why people love cats.

Cats are good friends for children

It has been proven that communication with cats has a positive effect on children who suffer from mental disabilities and can even help overcome autism. The presence of a cat in the house helps to survive loneliness, quarrels with parents, to overcome childhood fears. Children are often afraid to sleep alone in their rooms. Just have a cat that will purr gently and sleep at the baby’s feet – soon, the nightmares will recede.

Someone to talk to

Cats are great companions. They will be happy to sit next to you and listen to anything you have on your mind. How wonderful that there is an opportunity for someone to speak out. Sometimes it is essential!

Cats are the most common pets in many countries around the world. It is not surprising because they are excellent companions for humans at the hectic pace of modern life. After reading this article, you should not doubt whether to get a cat, because the answer is definitely yes!

As we have seen, there are many reasons why people love cats.

Featured Image by luxstorm from Pixabay

Mental Health Watch: How to Recognize the Many Signs of Sexual Abuse

Tips and Tricks to 10x your Netflix Streaming Experience!