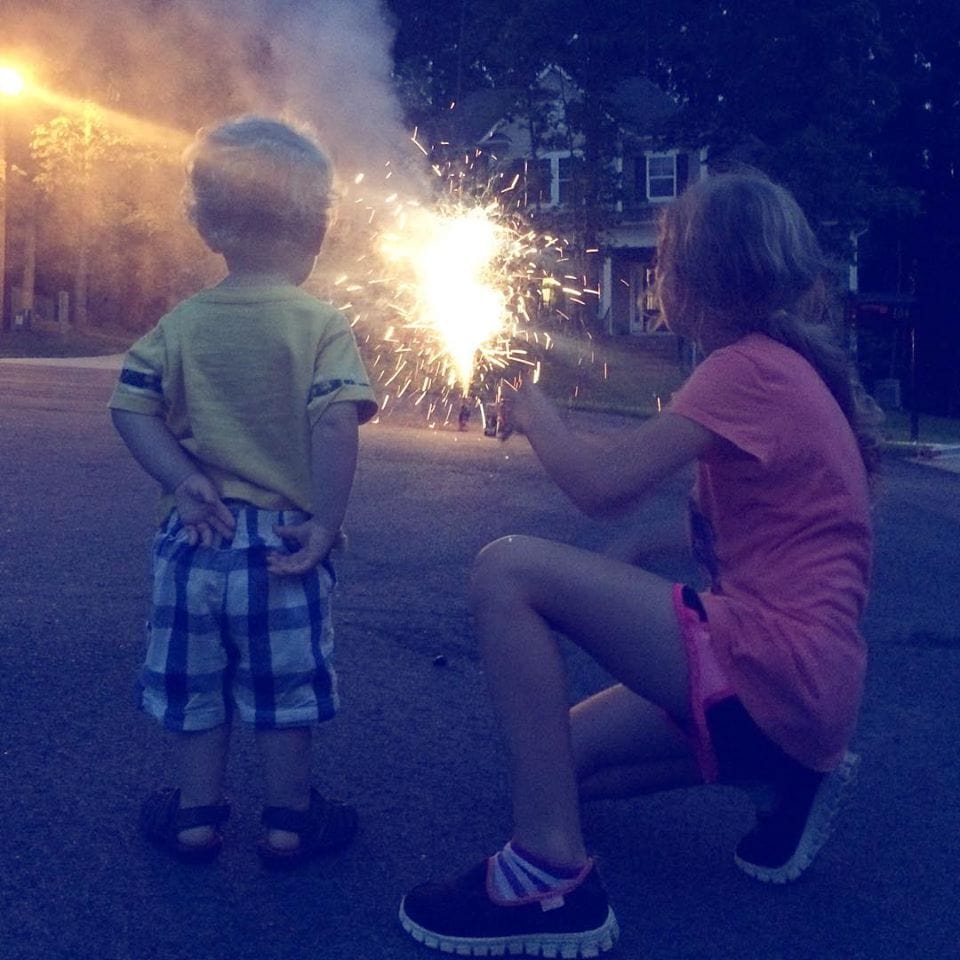 Three years after I first shared this post, we’re about to mark this milestone for the third time as our third daughter turns 8 (how did that happen?!), and it continues to be one of the best parenting decisions I’ve ever made. It’s become a fun tradition…and then a non-event; wearing a bra is just what we do after we turn 8.

She’s not yet 8 and just entering 2nd grade.

She knows more about the animal kingdom and world history than Sean and I put together, but she still giggles over Yo Gabba Gabba.

And although our culture rushes children through childhood and then lets them linger in adolescence, we believe childhood should savored and protected in those early years.

So why am I buying her her first bra already?

Honestly, I didn’t even realize that 8 years old was considered young for a bra until I mentioned it in passing to a few friends and they looked at me like I’d grown two heads.

The main reason I’m planning to buy my girls training bras early (when they turn 8, since we’re pretty big into birthday milestones in our family) is because it’s what my mom did for us. And I’m so glad she did!

We all know that puberty can be a time of feeling self-conscious and uncomfortable with your changing body. And when I was little (and let’s face it, 8 is still little!), my mom watched other moms struggle to get their older, developing girls to wear bras. They were already sensitive about the changes their bodies were going through, and while they needed to wear a bra, it was a reminder of those changes, so they resisted.

She bought my sister and I training bras when we were 7 or 8 years old, and we were so excited to have something so grown up that it was never a struggle to get us to wear them. When we did start developing, that habit was already in place and it simply wasn’t a big deal.

Although I was fairly awkward and self-conscious in general as an adolescent, I don’t remember ever once feeling self-conscious about my body, and I think my mom’s approach played a huge role in that.

That’s why my oldest baby girl will be going bra shopping for her 8th birthday. (And three years later, I can say that it’s worked just like I hoped it would!)

If you have little girls, are training bras on your radar? If your girls are older, when did they get their first bras?

I'm a Perfect Mom…In My Head

Why Do You Take Photos?