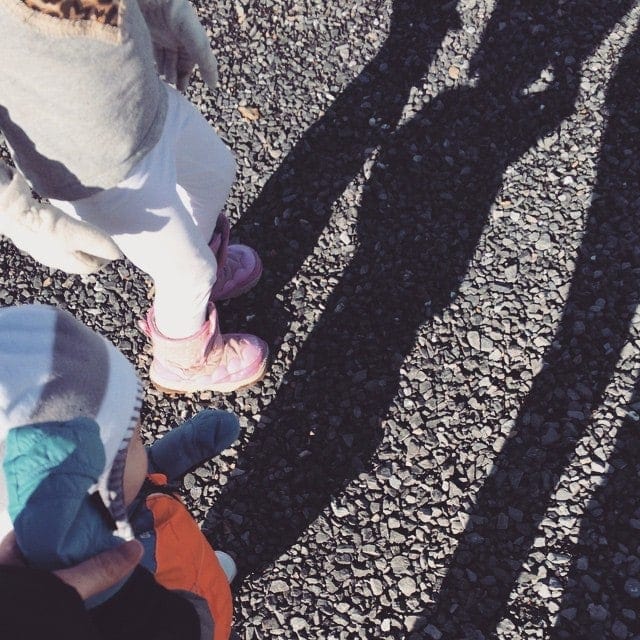 I talk a lot about respectful dialogue, listening to what others have to say, and living in the middle, so the title of this post might surprise you. “Why it’s okay to believe your way is the best way”

Let me clarify: I think it’s okay to believe the decisions you make and the way you do things is the best way for your family.

Actually, I don’t just think it’s okay; I think it’s good to believe that you are doing the best for your family.

A lot of peace and confidence come from being sure of your decisions. And while I think there’s value in hearing what other people say, seeking advice, and keeping an open mind, at some point, it’s okay to follow your gut and take ownership of your decision in following what you believe is right.

For example, all my girls preferred sleeping on their tummies as babies. Because they had reflux, I researched tummy sleeping endlessly. Based on that research—and after watching each of them choke on spit up while sleeping on their backs—I decided other risk factors play an important role in SIDS and that correlation doesn’t equal causation. And so we let them sleep on their tummies. I understood the risks and decided that, given our circumstances and the research I’d read, I was comfortable with them sleeping that way.

But that’s not to say I think you should let your babies sleep on their tummies. In fact, I don’t think you should unless you’re comfortable enough with the decision that if the unthinkable should happen, you wouldn’t beat yourself up over it.

Here’s my point: it was precisely because I was comfortable with my decision that I could support your decision to do the opposite.

Although I’ve had this post title in my notebook for months, I was inspired to actually type up my thoughts the other night while finishing Daring Greatly by Brene Brown. In the final chapter on wholehearted parenting, she emphasizes this again and again:

“[T]his work has taught me that when I feel self-righteous, it means I’m afraid. It’s a way to puff up and protect myself when I’m afraid of being wrong, making someone angry, or getting blamed…

“When we feel good about the choices we’re making, and when we’re engaging with the world from a place of worthiness rather than scarcity, we feel no need to judge and attack…

“What I’ve learned from my work is that there are a million ways out in the world to be a wonderful, engaged parent, and some of them will bump up against what I think about parenting…

“Daring greatly means finding our own path and respecting what that search looks like for other people.”

It’s so true. Suppose I was unsure about the decision to let my babies sleep on their tummies, and you started talking about why your babies only sleep on their backs (or their sides or whatever the latest recommendation is). In that case, I’d most likely feel guilty and like I needed to defend it. Instead, I have peace and confidence in my decision, and I don’t need to argue or make you agree with me.

Similarly, I am confident that being willing to use a few shortcuts in the kitchen (like frozen french fries as a side) is the best option for our family. I’ve tried only making food from scratch, and it creates an unhealthy environment for our family because it’s too much. If you make everything from scratch, I’m happy for you! I think that’s awesome, and as long as you’re not being nasty to me with your opinion, I don’t feel like I need to defend my choice or compare how I spend my time to how you spend yours. I’d respond a lot differently if I was feeling guilty over those french fries.

Homeschooling versus public or private schooling, the books my children do or don’t read, how much freedom and responsibility we give them, working in or out of the home…and so on. The more confident I am in my decisions, the less I feel the need to defend them or convince them that I’m right.

To be clear, there are still a lot of areas where I feel at a loss: Jackson’s sleep issues, picky eaters (and don’t you dare blame the frozen french fries—ha!), connecting with my kids individually, dealing with adolescence, etc. We’re figuring out a lot of it as we go.

But many of the so-called “mommy wars” could be avoided if we all felt more confident and ownership of our own decisions without worrying so much about what other people are doing!

Have you found this principle to be true in your own life?

How To Bond Better with Your (Almost) Teenage Boy