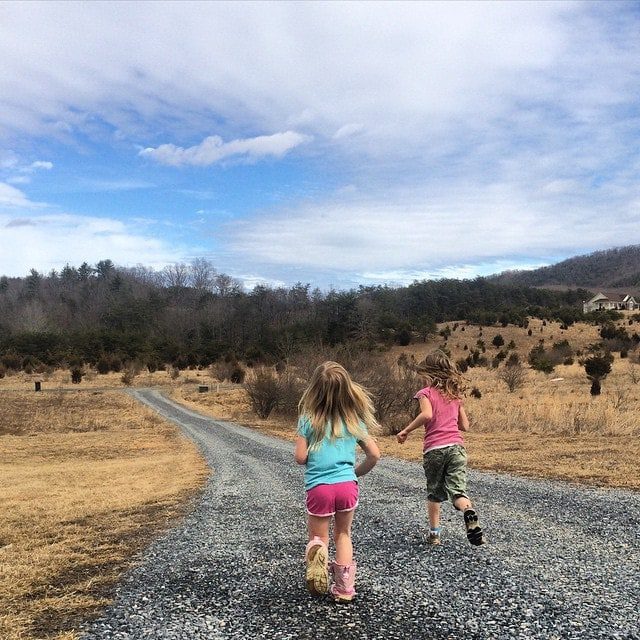 I spend a lot of time reading, thinking and talking about things like children’s need for independence for the chance to develop confidence, decision making skills, creativity, etc. It’s a philosophy that’s been defined as free-range parenting by outspoken proponents like Lenore Skenazy, and while I haven’t fully bought into the idea (my kids aren’t riding buses or getting dropped off at the park for “Leave Your Kids at the Park” Day), there is a lot of it that resonates with me.

I’ve mentioned before that I attended a Montessori school for 13 years (from 2.5 years old-8th grade), and this has played a huge part in my parenting philosophy. I’m not sure that Montessori schools like the one I attended even exist anymore (the one I attended certainly doesn’t look like it used to!), but the 26-acre campus gave us ample opportunities for exploring the woods, taking care of the animals, building shelters, and caring for the environment. I could rave about my experiences for hours, and it’s the type of childhood I wish for my children as well.

In addition, I’ve never felt the need to teach my children “stranger danger” lessons. In all honesty, I’m more worried about the potential danger of the people closest to us than strangers on the street, and I want to teach my children to interact with people respectfully and with confidence. We have rules, and as I give the older girls more independence, it comes with more cautions, but for the most part we don’t teach them to fear other people.

There’s a third strand to this that I don’t think we can ignore. It’s the idea that we should protect our children from any and all danger. For example, whenever I talk about our family’s preference for glass over plastic in the kitchen, someone inevitably brings up the danger of our kids getting cut if the glass breaks. But here’s the thing: we’ve had plenty of breaks—and an occasional cut (although it’s usually Sean or I that ends up injured)—and it’s okay. Similarly, my kids fall and scrape their hands and knees on a regular basis. And we’ve made ER runs for stitches or staples on multiple occasions. And it’s okay. (In fact, the girls will tell you about their battle wounds with pride!)

Here’s where I think all of these things tie together: As a parent who firmly believes in independence and letting my children out of my sight to help them develop some of these skills, I’m afraid that I might come across as someone who doesn’t worry, who is cavalier about the potential dangers.

While it’s true that I try to be realistic about the dangers (children are more likely to be struck by lightning than abducted by a stranger and much more likely to be injured or killed in a car crash), I would venture to guess that I feel the same fears as most other moms.

When our kids venture into the woods behind a neighbor’s house and the time starts to tick by, I start to worry, even though we’ve talked about safety, they’re with a group, and the area is very safe. When I let the girls go to the bathroom at a restaurant while we sit at the table, I sometimes worry that it could be the one-in-a-million moment when there is a predator in there waiting.

But here’s the thing…worry is part of life, and we have to keep it in perspective. While my absolute worst fear is my children being abducted, scared or hurt, I believe it’s important to give them the opportunity to develop the confidence that comes from that independence. Girls who are confident are much less likely to fall prey to everything from peer pressure to sex trafficking, and confidence and autonomy are pretty important skills for, well, life. 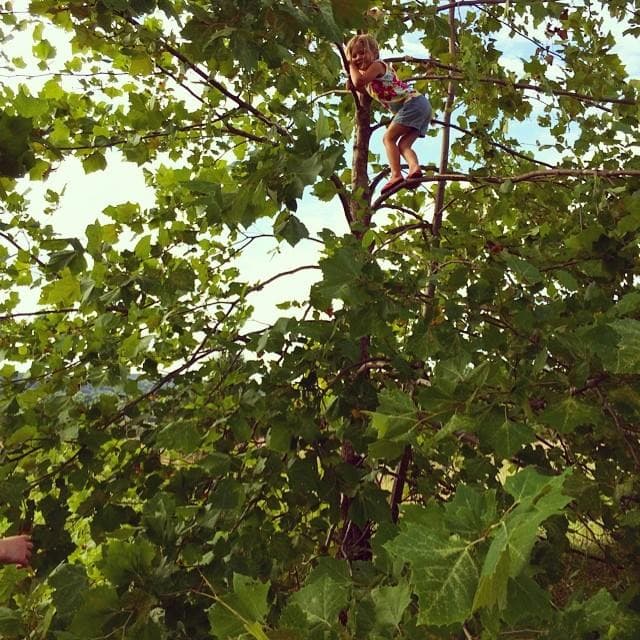 And while we tend to make decisions based on fear in this area of life, worry is simply part of parenthood. When my kids scramble to the top of a tall tree, I worry. But I let them do it because they’ve proven again and again that they know their limits.

Similarly, one day each of my kids will get in a car and drive over the mountains alone or with their siblings. I will be terrified every time it happens, but I will still allow it. And something terrible, tragic, and heart-shattering could happen, but I still can’t hold them back because of my fear.

I very much believe that we need to be wise and careful in our decisions, and I readily admit that it’s easier to practice “free range” parenting in the boonies than it would be in the city. And yes, I have to think through all of the what-ifs to decide 1) how realistic the worry really is, 2) if I believe the experience outweighs the what-if, and 3) how I will live with myself if the unspeakable happens.

We can’t protect our kids from everything. The parents who sent their kids to school in Sandy Hook, CT probably didn’t worry about their safety that day, and the unspeakable did happen. And in the wake of it, millions of us have continued to send our kids to school. Because while a tragedy of the most unimaginable kind, the benefits of school outweigh that danger.

Anytime someone speaks up about this idea of allowing our kids independence, they are accused of not caring, of taking unnecessary risks or of being naive.

But just as we use carseats to help mitigate (but not eliminate) the risk of getting in the car, allowing our kids to step out of our comfort zone doesn’t mean that we are naive or uncaring; it means that we’ve acknowledged that the world is a dangerous place but chosen to focus on the benefits of various experiences rather than our own fears.

Do you consider yourself a free-range parent? Do you make decisions based on fear or based on opportunity?