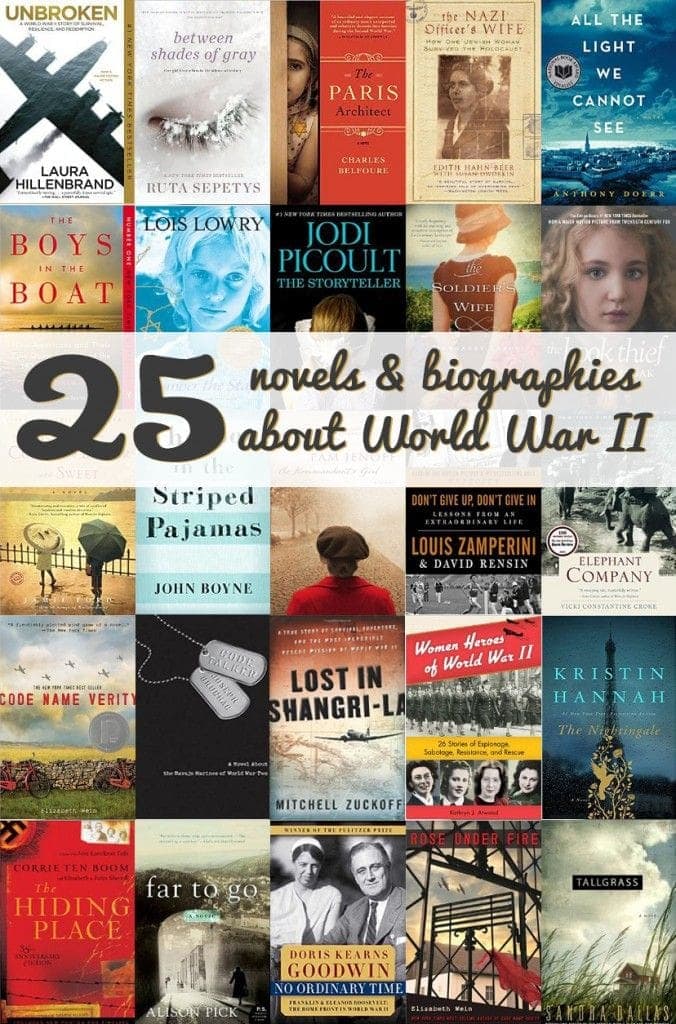 2013 was marked by an obsession with young adult dystopian novels, and last year was the year of escapism (and also the year I discovered that not all contemporary fiction is as cheesy as most of the contemporary Christian fiction I read in my early 20s…but that’s a post for another day). While I have several reading goals this year, the year as a whole just might end up being characterized by books about World War II.

I’ve always been a fan of both history and historical fiction, and last year I picked up a couple of different stories that sparked a desire to read more and learn more about World War II. Reading Unbroken solidified that new passion, and I think I could easily read nothing by WWII biographies and fiction this year and be very happy!

This list includes both the books I’ve read and recommended as well as a (much longer) list of the books I’d like to read. I’m not sure I’ll make it through this whole list this year, but we’ll see.

Do you like this genre of books? Which of these have you read? Any books you’d add?

Best Books for The Home Library

Any Bets on How Many of These Books I’ll Actually Read? {Summer Reading List}

Literary Classics That Will Improve Your English and Your Mood