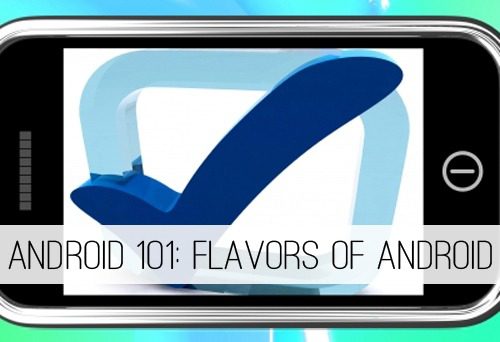 The following post is from Michelle of Mommy Misadventures: Android 101: Flavors of Android

There’s no question that Apple’s iPhone and iPad are the iconic smartphone and tablets, but frugally-minded consumers have often found themselves priced out. Google’s open-source mobile operating system Android helped to open up the market to a plethora of new smartphones, and later tablets, that can fit just about any budget.

Today, Android devices are available at just about all price points, from cheap pay-as-you-go phones to top of the line devices that rival Apple’s latest offering. While this means that everyone can afford a smartphone, no matter what your budget, it also means that you have to do a little bit more research when picking out your Android phone. Visit CellPhoneDeal to know the most used smartphone in the world.

Here are some points to consider when shopping for an Android phone:

Not All the Same

Unlike Apple, which manufactures both the hardware and software for its devices, Android devices only have the operating system in common. Well-known Android phone manufacturers include Samsung, Ericsson, Motorola, and Huawei.

Flavors of Android are often referred to by their code name, usually named after a type of dessert. The latest version of Android is Android 4.2, codenamed Jelly Bean.

Like other operating systems, like Windows, Mac OS X, and Linux, Android is ever-evolving and regularly comes out with new versions. Smartphone and tablet manufacturers may also pre-install their own apps or further customize the operating system to suit their devices. For example, the Kindle Fire runs a heavily modified version of Android Gingerbread.

Not Always the Latest Version

When you buy a new computer or laptop, chances are that it will have the latest version of Windows or Mac OS X preinstalled. However, Android smartphones and tablets can and often do ship with older versions of Android.

A recent peek at the Android Developer dashboard shows that just about half of the Android devices that accessed Google’s official Play Apps store during a two-week period in January/February 2013 were actually running Gingerbread.

To check which version of Android your device is running, go to Settings and About Phone on your device, and it will show you the version you are running under “Android version”.

Do you have any questions about your Android-based smartphone or tablet? Let me know below!

5 Apps That Will Make Your Summer Vacations Rock

Choosing the Right Walkie Talkie for Your Needs